Last week, Raw was pretty bad. This week, well, it wasn’t too much better.

The Shield are in the ring to kickoff Raw. They aren’t happy about the beatdowns they’ve been taking from Evolution. Ambrose says they want Evolution. Rollins says they want a rematch and while they used to be good, the key word was used. Reigns says last week you laid me out with a pedigree, an RKO and a triple powerbomb…but is that all you got? He wants to serve revenge, and he can do it either fast or slow.

The video suddenly sees Evolution pulling up. The Shield follow. Triple H is seen signing papers when suddenly they are jumped by the Shield. They have a pull apart brawl that had to be broken up by agents.

Rob Van Dam vs. Jack Swagger: Zeb has a new deportation list, with Adam Rose’s name now on the list. He isn’t happy what happened last week and disses him and his bunny. Rose comes out, complete with entourage. Swagger gets distracted, eats a kick and gets frog splashed for the victory. Nice knowing you, Swagger. Rose celebrates after RVD wins.

Paige vs. Alicia Fox: Alicia GETS ON THE MIC. Yes, Alicia Fox, mic time on Raw. I repeat. She says she and the rest of the Divas agree there’s something not right about her; she doesn’t fit in. Alicia jumps her and asks the ref to tell her if she’s ready. She agrees and the match starts. A long long match ensues with Alicia mostly dominating. Paige suddenly gets the win out of nowhere with a paige turner. Alicia threw a fit after the match. I like heel Alicia a lot.

Recap of the stupid Kane crap from last week.

Daniel Bryan comes out. He goes over everything that’s happened to him over the last year or so. He says that he beat Kane last week at Extreme Rules, but after the beating he took and the style of wrestling he does, he’s going to need surgery on his neck and that will happen this Thursday. He said some people, like the Authority, are happy about this but he says he’ll be back. This was depressing news to hear. And the hits would keep on going throughout this show.

The Wyatts vs. John Cena and the Usos: One of the Usos start working over Harper, but they soon get cut off and sure enough all the Wyatts start working over this Uso. I say “this Uso” because of course the luminaries calling this match doesn’t know who is who. Cena is tagged in and runs wild to a big pop. One of the Usos run in with a crossbody and takes out Wyatt as well but Rowan gets rid of him. Cena grabs him and locks in the STF but Wyatt interferes. Bray goes for Sister Abigail but a Uso hits him with a superkick and they hit stereo crossbodies on Wyatt and Harper. Cena hits the FU on Rowan and that’s it. Good, solid bout.

Bray thanks John Cena for making him a god. That’s all he said.

Evolution come out mad, since they got beat up earlier. Randy says that it’s time to take the kid gloves off. Hunter says they’re undisciplined; he tried to coddle them and fed them to the roster but their egos got too big. If they want a rematch at Payback, fine. Triple H runs them down, one by one, and says they will peris- but suddenly Rollins takes them down. They clear house, sending them reeling. Batista says he’s had enough and he wants Reigns tonight. Reigns is all for it.

Nikki Bella vs. Natalya in a let’s rib Natalya over her paintings match: The rest of the Total Divas cast is holding up numbers because lol insider jokes no one understands. I guess there’s a lot of time to fill on this three hour program. Nikki won. Nattie cried after. I have no idea what this was supposed to accomplish nor do I expect a follow up. Who cares about interesting television when there’s ribbing to be done.

Sheamus vs. Curtis Axel: Rybaxel flipped a coin to see who’s doing the job. As usual, Axel won. Actually, thats not as usual. Oh, there you go, cloverleaf submission. That’s per usual! Ryback jumped him after the match and Sheamus wants to face him because lol tag team division. Ryback match actually wasn’t bad and got some good back and forth. Ryback hits the shellshock but no dice. Sheamus misses a Brouge kick. Axel interferes allowing Ryback to hit the meathook clothesline. Shellshock attempt again, but Sheamus escapes and hits a Brouge kick for the win. This was fun.

Stephanie makes her way to the ring. She says that despite everything Daniel Bryan did, unfortunately she was right, Daniel Bryan isn’t an A+ player because his body couldn’t hold up. She asks Daniel Bryan to come out because she has something to say to him face to face. Suddenly, KANE’S MUSIC PLAYS. Daniel Bryan is dragged out by Kane. Ugh. He’s all bruised up. Stephanie looks concerned. He’s stretchered out. Great. What a great way to write off Daniel Bryan. WWE can finally breathe a sigh of relief that, after all these months of Daniel Bryan getting over despite their shoddy booking, he’s off for who knows how long. Thusly, all is now right in the WWE Universe.

Dolph Ziggler vs. Fandango: I’m glad Fandango moved on from facing Santino 10,000 times. Layla distracted Ziggler and Fandango got a nearfall. Layla trapped herself in the apron and Ziggler uses that to hit the zig zag for the victory. Layla went to console Fandango after, and Fandango cut a promo saying he loves her and they make out. JBL went bezerk for some reason despite going crazy for Fandango in the most irritating manner earlier. Maybe the voice in his head didn’t like it. So why book it?

Hacksaw Jim Duggan comes out. OMG, maybe he and Tony Atlas are gonna go at it. Early this morning for some reason I was watching Legends House and he cut a scathing promo on him. Fans chant USA. He plugs Legends House. Lana comes out. She puts over China’s economy and puts Vladimir Putin’s image on the titantron again. This is my new favorite thing because it’s straight out of 1985. Lana isn’t happy, so she sends out Rusev (one name now guys). They get in the ring. Lana says she’ll give him one chance to beg for mercy. He says no. Rusev takes his 2×4 and smashes it. Lana tells Rusev to crush, but Big E’s music hits and he tries to make the save, but gets laid out like a dope. Big E’s potential, 2013-2014.

Damien Sandow comes out. Says something about the Raw Pre Show. I haven’t seen it. Says he has a live microphone, but not for long as Cody Rhodes comes out for his match against him.

Cody Rhodes vs. Damien Sandow: It was a match. He raked the eyes of Sandow then hit the disaster kick for the victory. The announcers made sure to note that he raked the eyes, so a heel turn is still coming along, maybe this century if WWE doesn’t change their mind about it.

Bray started to do his shtick. You know, at 7:48 after a show like this I don’t need to try and comprehend what he’s trying to say.

Roman Reigns vs. Batista: The Evolution music has been the highlight of this show thus far. Plodding match. Bootista chants. Reigns goes to do his kick out of the ring but Evolution stand in the way. Eventually just winds up being another beatdown. Which I’ve seen for like the third time this evening. Stephanie suddenly sends the midcard geeks, since she doesn’t have a storyline now. Triple H gets a chair, but Reigns spears him. The Shield then take care of the geeks that will never get over again. The Shield stand strong as Raw goes off the air. 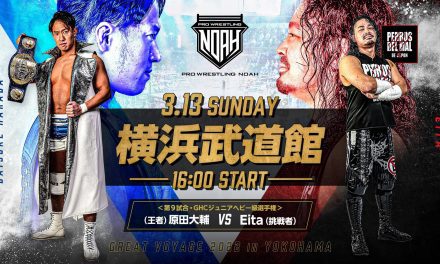