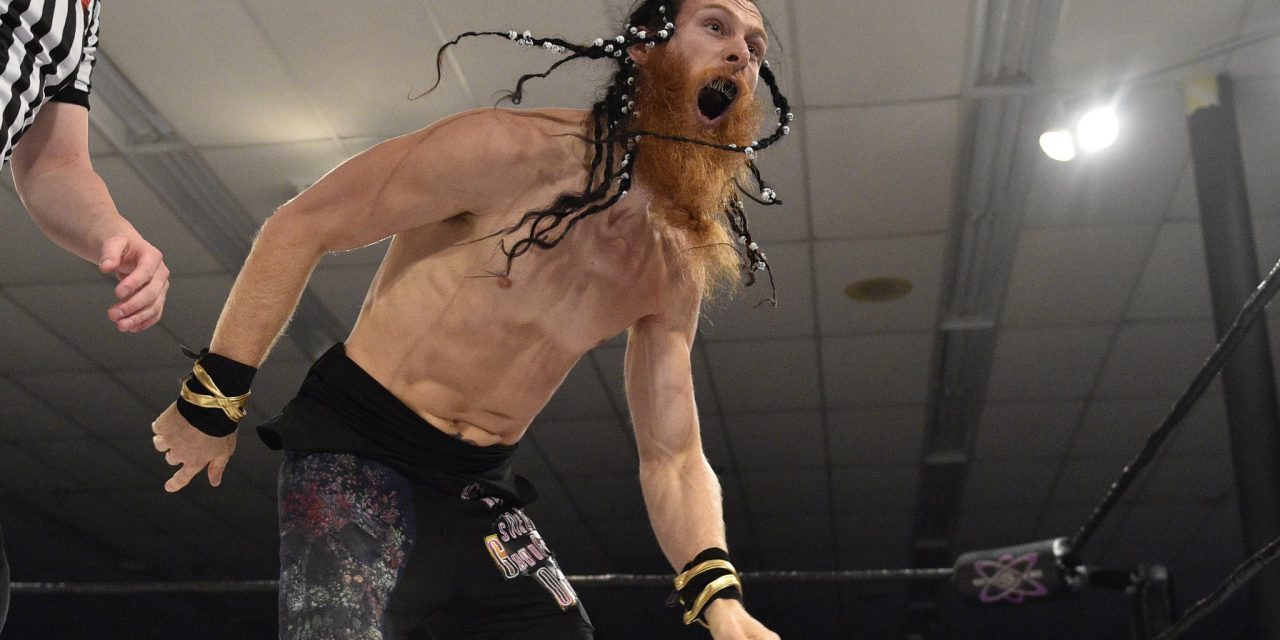 This was Henry’s second match in EVOLVE, with his debut being back at EVOLVE 70 in a loss to Darby Allin. This was the first time this match took place in EVOLVE, but not their first meeting overall. Henry pinned Riddle back in September on a PWX show. Riddle got his win back here in what ended up being an incredibly hard-hitting, fast-paced opener. I love Matt Riddle, I love what he brings to the table, but this was one of those nights where I felt like he was outworked by his opponent. Henry worked like he wanted a full time job, Riddle worked like he was all too comfortable in his current position, which is becoming somewhat of a recurring problem. Riddle submitted Henry in the Bromission, quickly after hitting his “Brostone”, which is a terrible parody of an effective tombstone piledriver. Even with those flaws, I thought this match was a great opener. Intensity like this will always be welcomed in EVOLVE. ***1/2

This was a tremendous amount of fun. Darby Allin has made a name for himself by doing the wildest, and depending on who you ask, dumbest things on almost every EVOLVE show over the past year. Austin Theory is only 19 years old, and while his athletic ability is undoubtable, he’s still rough around the edges. This match could’ve fallen apart had either man had an off night, but instead, this match ruled.

Allin has transitioned from a fun daredevil into a good professional wrestler (while maintaining his status as a fun daredevil). He really impressed me in this match. It felt like his most complete performance in EVOLVE to date. Theory nearly killed himself on an Asai Moonsault to the floor, in which he overshot his target and landed gut-first on the barricade. Theory recovered, and soon after put Allin away with a jumping TKO of sorts. Both men impressed here. Now that they are both signed to EVOLVE contracts, I hope we see them both work their way up the card. ***1/2

Jason Kincaid is a gift to pro wrestling. His unique and innovating offense is one of the most engaging and entertaining things I’ve seen in quite some time. The fact that he never loses his opponents in the midst of such complicated offense blows me away. Kincaid, much like Keith Lee and ACH, seems to be making the most of his opportunity in EVOLVE, now that he’s been freed from the mess that is current ROH.

This was a solid outing for Page, who runs hot and cold with me. Kincaid completely outshined him, which is expected considering his offense, but what really hurt this match from hitting a next level was Page’s lack of character work. Page is simply not entertaining enough as an in-ring performer to carry a match from good-to-very good, or very good-to-great. I wish he would’ve played up his annoying character tendencies more. As it is, he was still able to pick up the win, and he still looked decent. He pinned Kincaid with the RK-EGO after an insane powerbomb that sent Kincaid crashing from the steel pillar outside the ring to the mat below. ***

Dickinson looks like such a pain to be in the ring with. He seemed insistent on making it difficult to pin him, in a way that felt so unnecessary. Keep both shoulders on the mat, for the love of God. When he wasn’t stinking up the joint, I was really impressed by the athleticism of The Gatekeepers. Their gimmick will never fully connect with me, but I hope they keep their jobs in EVOLVE for a long time. I have no idea what their ceiling is, but they wowed me tonight. Jaka & Dickinson picked up the win, maintaining their undefeated streak in EVOLVE. **3/4

I couldn’t tell if ACH’s selling was top notch or if he was actually banged up, but whatever it was, it took away from the match. He and Hot Sauce worked a very slow, very disjointed match. Hot Sauce’s training background typically aides him in matches against high-flyers, but they took this match to the ground early and it never hit an exciting point. ACH pinned him with a terrifying Brainbuster. Very disappointing match. **1/4

I have been down on both of these big guys lately, but this match was great. Jeff Cobb, in particular, put on a show this evening. He might be the strongest man in wrestling. He tossed around Galloway like it was nothing, and I didn’t expect that coming into the match. Galloway has done nothing for me for what feels like ages, but he brought it tonight. He seemed excited to be in the ring with such a unique opponent.

I’ve found that with Cobb, he struggles kicking the match into that next gear. Cobb has a lot of matches that fall right in line with the “good” category, but I’ve seen very few matches from him that I could be a “great” label on. This match is probably the wrong example, as I actually thought they went to the finish at the perfect time, but it’s something I’ve noticed with Cobb. It’s almost as if he’s afraid to really unleash. Galloway flipped out of a backslide and planted Cobb with the Futureshock DDT for the win. Really fun stuff. ***1/2

After the match, Drew Galloway finally got his hands on Matt Riddle, who he will wrestle at EVOLVE 79. The brawl was interrupted by Jeff Cobb, who dropped Riddle with Tour of the Islands. If this means that we’re getting a rematch to the EVOLVE 74 match between Riddle and Cobb in Orlando, I’m totally okay with that.

Zack Sabre Jr is simply on another level right now. I was very much enjoying the show to this point, but he was far and away the best thing on the show, sans one of the main event performers. He and Keith Lee wrestled at Beyond Wrestling in November in a match that the Brit came out victorious in. I really enjoyed that match, and this one was even better. Seemingly every time Zack built some momentum, Lee was able to cut him off and shut him down. There was a spot early on in the match where Sabre bridged, Lee jumped knees-first onto his bridging chest, and Sabre was able to maintain the bridge. That is just unreal. No one else has the ability to do that in wrestling right now.

Keith Lee ended up picking up the win, which confused me. Had Sabre made a great comeback and submitted the giant, this would’ve probably turned into one of the better EVOLVE matches of the year. Lee’s Powerslam was enough to pin one of the best wrestlers in the world. I would’ve thought they’d give Zack the win, to build momentum for his title match tomorrow, but I thought wrong. This is worth going out of your way to see. One of the smartest matches of 2017. ****

I don’t think there’s been a better wrestler in 2017 than Fred Yehi. Hajime Ohara has been great, Takehiro Yamamura has been special, Rey Fenix has taken opportunities and run with them, but no one has been better on a more consistent basis than Yehi. I have loathed almost every second of Thatcher’s obnoxiously long title reign, but I found myself thoroughly enjoying this match, and that was mostly due to Yehi and his engaging, intense offense that no one else in wrestling is even coming close to doing.

I loved the way he seemed to have the upper hand on Thatcher for most of the match. He seemed smarter than the champion. It was Thatcher who was on defense, and that let Yehi’s predatory instincts kick in. I wasn’t expecting a title switch, but as the match went on, I found myself more and more invested in Yehi, and I was begging for a submission victory on Thatcher. It would’ve been out of the blue and probably a little disappointing, considering that although most of Thatcher’s reign has been abysmal, it has been somewhat “historic”, but I wanted Fred to pull this one out. Instead, he got caught in a Saka Otoshi and submitted immediately. Yehi ruled. I think this match is worth seeking out just to see him work. Then again, that could be said about everything he’s done in 2017 thus far. Very good main event, with an excellent performance from Yehi. ***1/2

EVOLVE 78 was a fun show with a lot of unique matchups. The entire show could be described as “good”, with only ZSJ vs. Keith Lee breaking the four star barrier, but nothing other than a lame duck tag match and the disappointing ACH vs. Williams match falling under three stars. Austin Theory and Anthony Henry made strong impressions on me, Keith Lee continues to impress, and Fred Yehi proved that he’s one of the very best wrestlers going today. Thumbs up for EVOLVE 78. 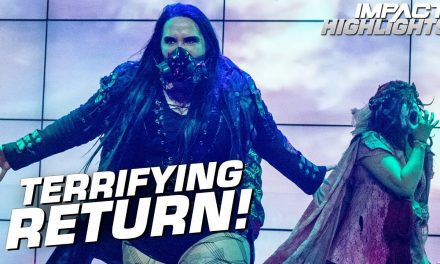