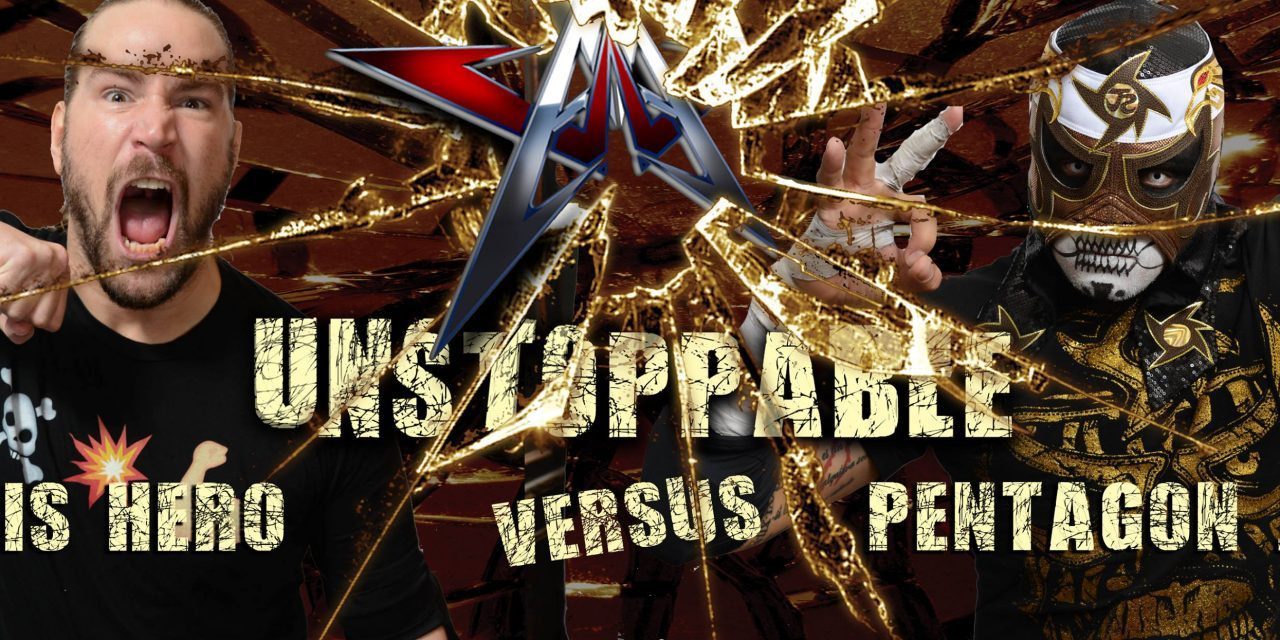 I can’t help but feel like if Connor Braxton broke in ten years ago, he’d be a smashing success with TNA. Tell me Connor Braxton doesn’t sound like a TNA World Heavyweight Champion. Homicide squashed him and then gave Scarlett an Ace Crusher. Meh. *1/2

Like the opener, I think this would have been more effective if I would’ve liked the men involved. Connor Braxton, Markus Crane, and the OI4K dorks are a rough way to start off any show. That being said, this had its upsides. Crane looked better here than he’s ever looked, and despite some poorly executed strikes, I actually think OI4K looked good here. I wish they’d stop throwing superkicks because they’re actively bad at them, but they rest of their offense looked strong. They pinned Crane. **1/2

This was Richard’s first time in AAW since May 2015 in a losing effort against Tommaso Ciampa. Before this, I truly do not remember the last time I watched Davey wrestle.

Simply put, Davey Richards worked circles around Matt Riddle on this night. The early bits of grappling between the two felt exhibitionary, but the two never acted like it was anything more than that. It looked like two experienced wrestlers rolling around on the mats before Richards snapped out of frustration. Richards executed his gameplan of working over Riddle’s leg quite well. There was a certain viciousness to Davey here that I haven’t seen from him in years. I really liked the way he tied Riddle up in the ropes around the halfway point in the match.

Riddle blew off any sense of his leg being injured. Even his “Brostone” has become a parody, dare I say a comedy spot. It’s a glorified powerslam. It looks like something from an arcade-style video game.

The fact is, I didn’t even dislike this match. There were moments of it that I really enjoyed. That being said, Riddle’s decline in performance is becoming somewhat of an annoyance. I didn’t sense that he was working hard here. This was a house show effort for what should have felt like a big match. Props to Davey, who I’ve been cold on in recent years. This match made me want to see more of him in AAW. Riddle won after what felt like a poorly timed submission sequence. ***1/4

This felt like an inefficient version of what they were going for. AAW appears to be preparing to give #BigMike a big year, and yet he spent a large portion of this match selling for PACO? Mat Fitchett had a tremendous 2016 and hung with Hero earlier on in the year, and Dezmond Xavier is slowly starting to break out all over the country. Why couldn’t one of those two brought the hurt to Elgin? I never felt like this kicked into a higher gear. This was mildly entertaining, but a far cry from the potential of the match on paper. ***1/4

Bleh, this was another disappointing performance by both men in AAW. Neither have connected since they debuted in the promotion, and this was a rough outing for both men. The grappling didn’t work, the intensity wasn’t there, and the finish came out of nowhere. I’m going to try to forget about how massively disappointing this was. Skip it. **1/2

It’s funny to me that although Chris Hero is one of the most skillful men to ever step foot inside a ring, he has arguably worse luck than anyone when it comes to the stability of those rings. Seconds into this match, Hero ran off the ropes and the top rope completely snapped out of place. The two worked the rest of the match with only two ropes, which to my knowledge, is the third time Hero has done that.

Nearly a decade ago at the Battle of Los Angeles, Chris Hero battled Low Ki with only a top rope due to ring damage that was done earlier on in the night. Three years later, also in PWG, while doing battle with longtime friend and foe Claudio Castagnoli, the top rope snapped in a similar fashion, forcing them to work the rest of a lengthy encounter with only two ropes.

This was the best possible match these two could create from a disjointed mess. Obviously with the way this match was positioned on the card, they had much more in store than what we ended up getting. This was fun, but I can’t call it anything other than that. It’s a shame that Hero’s last AAW match is this one. NR

Sadly, this is exactly what I expected going into the match. The show had undelivered to this point and the catastrophe surrounding Hero vs. Pentagon put me in a foul mood while reviewing it. This was unfunny comedy by two guys that I typically enjoy, and two guys that I can officially scream, “Get lost!” to. Davey Vega and Mat Fitchett no longer hold the tag belts, which means I want Vega to scram. Get away from Fitchett. Silas Young is so average it hurts. It’s gotten to a point that I can’t stand to watch the guy because he, more than anyone, is the two star special. Another skippable match. **1/4

I’m just the wrong person to review this match. Kimber Lee, even in her last appearance for AAW, continues to not click with me. Her timing never feels right, her movements feel too mechanical, and I continue to struggle getting invested in her matches. That being said, this was a nice sendoff for her and Heidi as they close this chapter of their careers. They worked a simple match with Lee dominating most of it in a methodical fashion, until Lovelace made a few quick counters and eventually pinned Lee with a diving senton off the top. It’s not that this was bad, but it’s just not the match for me. If you have an interest in either of these ladies, then you’ll probably enjoy it much more than I did. ***

After the match, both women cut very respectable farewell promos. Lovelace, at one point in time, was arguably the hottest act in AAW and her classic with Matt Cage has not been forgotten. I’m sure these two will kill it in the future, and I’m happy they have a chance to show the world their talents now.

AR Fox’s wonderful run as AAW Heritage Champion has finally come to an end. Fox won the title from Davey Vega on the first show of the year, and since then has defended it against the likes of Jack Evans, Aero Star and Mat Fitchett, among others. Fox was a highlight of every AAW show. He worked a killer sprint style, and his unpredictable nature made every match exciting and engaging. That unpredictability shined its beautiful head early on in this match as he caught ACH in a diving stunner off the middle rope, only seconds after dancing to his entrance music.

This was an obvious title change, and it needed to happen. ACH will more than likely be a major player for AAW moving forward, and it’s not that he needed the title, but it certainly helps maintain his aura as one of the best wrestlers on the roster. This was a car crash, but it was, in a way, beautiful. ACH won after a 450 Splash. Very fun match, and up to this point, the easy MOTN. ***3/4

For the second show in a row, Sami Callihan brought the goods to the main event. It doesn’t hurt that he’s wrestled two of the best wrestlers on the planet, first Chris Hero, and now Rey Fenix, but in both matches, he’s held up his end of the bargain.

That being said, this was the Rey Fenix show. This match had a big fight atmosphere that I was not anticipating, and from the moment the bell sounded, Fenix was a man on a mission, looking like the best wrestler in the world in this match. There was a certain explosiveness to him that has been missing. This felt like a fight, and a fitting conclusion to a three month long feud.

Callihan didn’t play around on the outside in this match. There was no merch table brawling. This was a fight, and this version of Sami Callihan is the same version that I saw right before he was snatched up by NXT. I wouldn’t complain as much about him being champion if this is the output we were getting every month. That being said, it became painfully clear watching this match that Fenix is The Guy. The crowd believes in him and I fully believe he has the talent to deliver a good match with anyone on the AAW roster. Callihan submitted him with a brutal Stretch Muffler, sadly. ****1/4

This show was a chore to get through. The undercard stunk and the problems with Hero vs. Pentagon took a lot out of me. That being said, I have to give the second half of this card a thumbs up. Depending on the person, the farewell for Lovelace and Lee could be seen as fun, and the final two matches were great. I think any fan of Rey Fenix should seek out the main event to see him at his absolute best. Thumbs in the middle for AAW Unstoppable.

As a whole, however, AAW’s 2016 was a giant thumbs up. The promotion officially transformed into a super indie, graduating from their regional indie stage that they lingered in for so long. Rey Fenix and Pentagon Jr turned business around for the promotion, and great monthly performances from the likes of Chris Hero, AR Fox, and Mat Fitchett made tuning into every show worthwhile.

I hope AAW continues to pump out great shows, and now with the LaSalle territory in play, I can’t wait to see new, fresh faces make their presence felt in the company in 2017. 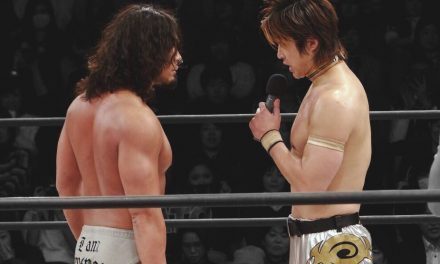 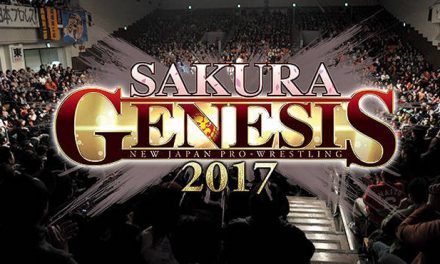