This week on Voices of Wrestling, Joe rides solo with all of the latest from the WWE tryouts, including the ripple effects the potential signings may have on the indie scene. Joe then talks more indies, explaining how the European scene has blown past the U.S. scene and what the U.S. promoters need to do to catch up. From there it’s TNA talk, with TNA once again on the brink of potential extinction, and why you shouldn’t be rooting for TNA to die.

The second hour features more hard Roman Reigns realities, and breakdowns of WWE Clash of Champions and NJPW Destruction in Kobe. It’s two hours of Joe Lanza all by himself, so turn the volume down and prepare for the sizzling hot takes! 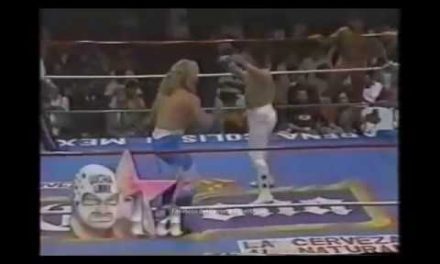