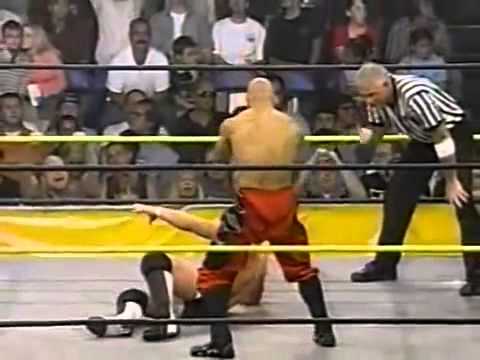 Goldylocks tried to interview Ken Shamrock at the start of the show. He shouted “Back off, bitch!” and then threatened to “kick the shit” out of her and the cameraman. He was supposed to be the babyface NWA heavyweight champion. I didn’t know misogyny was a likable characteristic.

Malice was supposed to wrestle Jeff Jarrett but Jarrett was banned from the building for brawling with Scott Hall. Sabu answered an open challenge. Sabu tried some of his fancy chair offence but Malice quickly shut him down. Sabu got things going again with a dive to the floor. Malice dropped Sabu face first on a ladder before picking up Sabu and a ladder at once and body slamming both. Sabu looked to climb a ladder but Malice powerbombed him off it. Malice hit an overhead Belly to Belly on a ladder propped in the corner. That didn’t look pleasant. Malice looked to climb a ladder but Sabu dropkicked him off. Sabu bulldogged a ladder from the top onto Malice and followed with an Arabian Facebuster. Malice tried to climb again but Sabu pushed the ladder over sending Malice through a table on the floor. Sabu pulled down the contract to earn a title shot. This was a considerably better match that I expected it to be. Sabu is tremendous fun in small doses when his stuff lands and this was one of those cases. This had a bunch of huge bumps and a great big man/little man dynamic. Sabu took a chokeslam through a table after the match for his troubles. ***1/2

AJ Styles came to the ring and called out Jerry Lynn. Lynn angrily interrupted. Lynn was mad at Styles for not paying his dues. Lynn was bitter that Styles was stealing his glory and said that Styles will respect him. Styles, fairly justifiably, beat the hell out of Lynn and left. The tag team champions aren’t getting along.

Ron Killings came to the ring and moaned that WWE didn’t push and released him. He said WWE was afraid to push him.

This was essentially a clone of the Lawler/Smiley squash on the last show, just subbing in Killings.

Killings won with a front suplex. Killing whipped and hanged Smiley with his belt after the match. Norman Smiley’s wife tried to stop Killings only for Killings to try and attack her too. *

A variety of wacky characters hit on Goldylocks backstage. She said she was gone from TNA the second her singing career took off. Fun fact: She would later do Dixie Carter and Alissa Flash’s entrance music, among others.

Daniels and Skipper would form Triple X together later in the year. Siaki throwing around X-Division guys was always fun. Siaki joined commentary for a while saying everything was about him.  Estrada worked over Skipper for a while before he made the tag to Daniels, who ran wild.  Skipper jumped off of Daniels’ back, onto Estrada’s shoulders only to jump off and huracanrana Siaki. That was absolutely nuts. Daniels hit the BME on Estrada but Siaki made the save. Skipper hit the Play of the Day but referee was distracting allowing Siaki to hit the Siakalype for the win. The Dupps attacked Estrada after the match, but Siaki abandoned him. This was a fun, if occasionally messy, match. It helped that Skipper did some crazy stuff. **1/2

Meatball vs. Puppet the Psycho Dwarf

Theo, another midget, attempted to forcibly remove one of the cage dancer’s bras after the match as the announcers cheered him on. Between Theo and the treatment of Goldylocks the level of misogyny seeping through on this show has been stomach turning.

This consisted of both rolling women rolling on the floor, stripping each other’s clothes and whipping each other before The Blue Meanie ran out and DDT’d Francine. The announcers were initially mad at this, not because a man attacked a woman, but because he interrupted a catfight. Francine was stretched out as the announcers finally showed concern.

The match started with a slow feeling out process before Styles countered a cartwheel kick with a dropkick to take control. Mike Tenay name dropped Ring of Honor during the match. Styles missed a springboard moonsault, went for another dive and got kicked in the head. Styles hit a delayed Brainbuster for two. Styles missed the Spiral Tap, Low Ki went for the Ki Krusher but Styles reversed into a DDT. Low Ki went for a Phoenix Splash but Styles caught him and hit a Styles Clash for the win. Cool finish but this match lacked heat. The work was fairly solid but it didn’t feel like it built to anything. Jerry Lynn hit Styles with a huge spear after the match. Lynn also threw Styles into a ladder and hit him with a couple of piledrivers. ***

They brawled at ringside for a while. Lawler took over as the match spilled back into the ring. Lawler went for the Hip Hop Drop but Hall cut him off and hit a Fall Away Slam. Hall followed with a top rope backdrop and, after dealing with a brief bit of Ron Killings interference, won with the Razors Edge. Perfectly fine, bland match. Lawler and Killings beat Hall up after the match. As Hall was being helped out Jarrett attacked him too. *1/2

Final Thoughts: There was some good wrestling on this show (particularly the Malice/Sabu opener) but it was totally overshadowed by the crass, immature elements and the deplorable treatment of women. 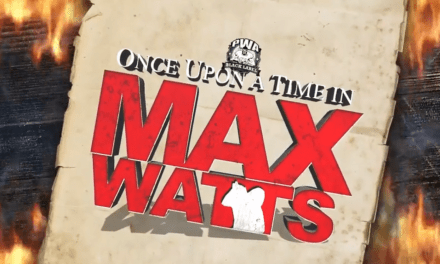 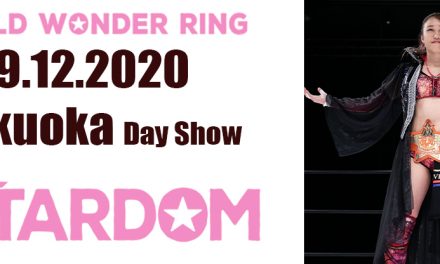