We start off with a recap of the 7 men brawling over the Intercontinental Championship from this past week’s Raw. Put this into perspective. Seven men are going to compete in a highly dangerous match over a championship that doesn’t matter in a feud that has been 95% comedy in which the commentators will be making comedic jokes the entire time and no one will remember this match after March 29th, 2015. Good way to protect your employees.

Daniel Bryan buries the WWE title and things get zany: Daniel Bryan comes out and cuts a promo to try and put some importance/seriousness into this feud. Bryan says week after week after Fast Lane he has tried to ignore the WrestleMania sign. D-Bryan says he can’t ignore that he can’t repeat his WrestleMania moment from last year again. D-Bryan talks about the moment when the #YesMovement carried him into the main event of WrestleMania. D-Bryan goes on to say that he started thinking about his heroes like Mr. Perfect, Ricky Steamboat, Shawn Michaels, Bret Hart, and Randy Savage. D-Bryan mentions that they were all IC champions at WrestleMania and they were all way more exciting than anything in the WWE title matches. D-Bryan officially enters himself into the IC Title ladder match because it is the only title he has not won since being in the WWE.

Bad News Barrett comes out to tell D-Bryan that he’s got some bad news for him. The bad news? That since he is an IC champion that makes BNB one of D-Bryan’s heroes. Even Barrett realizes that the fact that he is someone’s hero is bad news.

Luke Harper then comes out and says he wants his WrestleMania moment. Not to win the IC title or to defeat all of these top superstars to work his way up the proverbial ladder in the WWE. He wants a moment at WrestleMania; because we are all here to “perform” not wrestle, these guys just want to be the face of WWE not the champion.

Dean Ambrose comes out and chastises everyone for not inviting him to this fight and tells them not to throw any fists until he gets in the ring.

Stardust then comes out and starts screaming asking where the IC Title is. Apparently Stardust doesn’t watch Raw or else he would know R-Truth has the IC Title. Of course, who can blame this guy for not watching Raw?

R-Truth then is the last to make an appearance holding the IC title. R-Truth tells BNB that he is going to hold onto the IC title until WrestleMania. BNB tells Truth to give his bloody title back and Truth responds with “Let me tell you something, sizzle chest! Possession is nine tenths of the law which makes me The Big Bossman! Hashtag ComeAndGetIt!” Ray Traylor is rolling in his grave. And what is a “sizzle chest?”

A brawl ensues between everyone sans Truth. D-Bryan, Ambrose, and Ziggler are left in the ring as Luke Harper, Stardust, and Barrett look on from the outside. This is foreshadowing for our Six Man tag team main event.

The Brass Ring Club (Tyson Kidd and Cesaro) w/ Natalya and Los Matadores (Diego and Fernando) w/ El Torito vs. The New Day (Xavier Woods and Kofi Kingston) w/ Big E and The Usos (Jimmy and Jey Uso) w/ Naomi: (The longest match title I’ve ever written) I love the idea of these eight man tags. There used to be all kinds of these on those Coliseum Home Video Tapes like “Super Tape ‘93” and “Battle of the Superstars 1992”. You’d see the Beverly Brother and Natural Disasters take on the Bushwhackers, Jim Duggan, and SGT Slaughter. Those were the days.

This was a very entertaining match with plenty of high spots you will see from these teams in any of their matches. One of the Matadores picks up the win after a backstabber and handful of tights on Kofi Kingston. ***1/2

Sting Promo: This was a very good promo except for one thing. THE VOICE OVER. It was atrocious. Steve Borden must be sick to his stomach after this. If you listen to Live Audio Wrestling’s Review-A-Raw with John Pollock and Wai Ting, John had Jason Agnew raise the pitch on the voice over and its sounds exactly like Dolph Ziggler. It’s uncanny. And embarrassing.

The Mizzes w/ Miss Young: Renee Young asks The Miz about the opportunity for him to compete against one of the odds on favorites in the Andre the Giant Battle Royal, Ryback. The Miz then lists off his accomplishments and explains why he is the odds on favorite. Mizdow tries to talk to the Miz about how Ryback is a machine. Miz sends Mizdow off to press his pants.

Ryback vs. The Miz: Miz continues to put together some quietly good matches. The dude has been on fire on Smackdown. Ryback continues to prove he should be a WWE main eventer with no explanation as to why he is not since he is the blue print of a Vince McMahon wet dream. Ryback wins here with the Meat Hook Clothesline followed by Shell Shock. **1/2

Roman Reigns responds to Paul Heyman: Heyman’s promo from this past Monday’s Raw has been polarizing this week across all WWE related podcasts and reviews. It was a great promo; people are just being grumpy because everything else surrounding the WWE was been poor.

Reigns cuts a promo in the ring that he shouldn’t have had to cut. Such golden lines as “Heyman said my family is three generations removed from being cannibals? Who says that?” as Reigns looks offended like he is about to cry.

Mark Henry interrupts Reigns and comes down to the ring to question whether Reigns is ready to main event WrestleMania an honor that Henry hasn’t received despite having about 16 years on Reigns in terms of a WWE career.

Henry cuts a great promo telling Reigns that “he can’t” defeat Brock Lesnar. Henry says he has been in the ring with Brock and Brock broke his arm and nearly killed him with an F5. Henry gets mad at Reigns when Reigns says he wants respect. Henry yells at him telling Reigns that he has to earn his respect here. Nobody is going to give it to him. Reigns says whatever and starts to walk away. Henry pulls him back and tells Reigns he hasn’t been anywhere and these young bucks just don’t know. Matt and Nick Jackson probably tweeted something snarky here.

Henry shoves Reigns and Reigns comes back with a Superman punch. Reigns follows up with a Spear through the barricade driving Henry through the wall. You know that scene in Clerks where they argue over the innocent construction works dying on the Death Star in Star Wars? I want to hear an argument about how piss poor WWE construction workers are. Their tables and barricades are weak.

AJ Lee and Paige vs. Summer Rae and Cameron: The Bella Twins are on commentary here for this match to talk about their upcoming WrestleMania opponents, AJ and Paige. This was as good of a match as AJ and Paige could get out of Summer and Cameron. Which means it was one step above a “dud”. Paige wins by putting Summer in the PTO and forcing her to tap out. There then is a pull apart non-brawl between the four ladies in the WrestleMania tag match which was really good and actually added some much needed heat to this match. It even received a “FIGHT! FIGHT! FIGHT!” chant from the crowd. See WWE, you don’t have to have Superstars/Divas brawl all the time and give away your PPV moments on TV. BUILD ANTICIPATION.

Dolph Ziggler surprises three fans with ringside seats: Ziggler is signing autographs at an autograph signing and surprises three young girls while signing for them by telling them they are going to be ringside for Smackdown. This was pretty neat. The camera then panned to these girls in the front row and Michael Cole reminisces about his first WWE event experience.

Michael Cole sits down with Randy Orton: On Raw they advertised Orton would make his return to Smackdown after four months. This return was a pre-taped interview. This company continues to disappoint. Orton explains what we can all assume. Orton was ticked after Rollins tried killing him. Orton tricked the Authority to get to Rollins. This was boring.

Daniel Bryan, Dean Ambrose, and Dolph Ziggler vs. Luke Harper, Bad News Barrett, and Stardust: This is a match of a zombie, alien, and newscaster against a psycho, a goat, and a jobber. It also has two pairs of opponents wearing the same outfit. Ambrose and Harper are both wearing A-frame (to be politically correct) shirts and jeans while Barrett and Ziggler are wearing black boots, black trunks, black knee pads, and white taped fists.

Oh, the match? It was a good match, not as good as the eight man tag from earlier. Luke Harper hit a sick looking Power Bomb on Ziggler. Ziggler kicked out at 2 and hits Harper with a Zig Zag only to have D-Bryan tag himself in and win by hitting Harper with the Busaiku Knee. **1/2

After the match Ziggler tells D-Bryan good job, but he stole the win from him. Dean Ambrose then steals the mic and starts to cut this great, serious, and career defining promo that is scathing and tells D-Bryan that he is very good, but Ambrose knows the truth……. “You’re a turd.” WHAT?! Ambrose’s groundbreaking insult was calling D-Bryan a turd?

Ziggler then gets on the mic and says “I don’t agree with a lot of things that guy says, but Bryan he’s right. You’re a turd.” As if this match couldn’t get any stupider.

Smackdown continues to be centered around the Intercontinental Championship which would be great if the division was the WWE’s sad attempt to compete with Comedy Central programming. The road to WrestleMania continues to be paved with terrible booking, bad writing, anti-climactic matches, silly voice overs, burning rocking chairs, guys who shouldn’t be pushed so much, guys who should be pushed more, zombies, aliens, savages, beasts, warlocks, vigilantes, etc. None of which is remotely exciting. What is the cause for WrestleMania’s woes? This awful pattern of part time stars. You can read more about this in my Weekly WWE Soapbox coming next week! 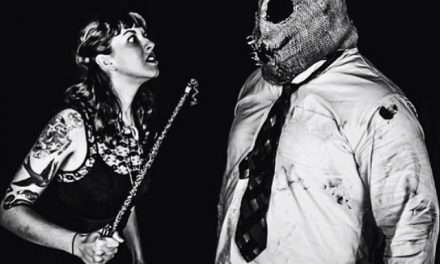