A new series begins on this week’s edition of Wrestling Omakase!

Imagine, if you will, a fantasy world where some gigantic corporation has purchased both World Wrestling Entertainment and New Japan Pro Wrestling, the two largest wrestling companies in the world. John and their three guests have been named the General Managers of four new brands, and this draft is being held to create their initial rosters.

We choose twenty picks each (singles wrestlers and teams) and then at the end of the draft each produce our first supercards with our new rosters! John’s guests are all VOW writers this week: editor Alex Wendland (@AlexWendland), contributor and host of Fighting Network Friends Andy LaBarre (@trillyrobinson) and contributor and host of SmarkSports Suit Williams (@SuitWilliams). Who drafts the best roster and puts together the best supercard? You can decide for yourself and then vote in our Twitter poll @wrestleomakase!

What favorite wrestler of John’s did they forget to put on their draft list and almost forget to draft even after twenty picks? Listen to find out! It’s a good time and we hope you have fun following it along! 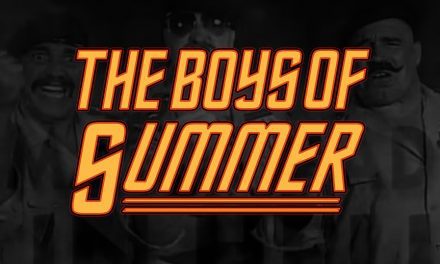