The Best Friends team of Beretta and Chucky T has been a godsend for the World Tag League, delivering consistently good, and sometimes great matches. Tonight they were tasked with taking on their CHAOS stablemates of Ishii and Yano.  The Best Friends, hesitant to take on their (other, less than best) friends, offered to start the match with hugs. Yano obliged, but Ishii predictably was having none of it, attacking both men right at the start.

However, the Best Friends quickly took control by isolating Yano, even resorting to using some Yano-like sneaky tactics. Unfortunately, the tactics eventually backfired as Chucky T accidentally hit a plancha onto Beretta and the tides turned. Ishii tagged in and the match went back and forth before Yano tagged in again and started pulling out his usual tricks: messing with the turnbuckle, pulling hair, and trying for groin shots. For a while, it seemed the Best Friends had a good read on all of them, but after Chucky T missed a moonsault, Yano used the opening to hit him in the groin and pick up the victory with a roll up.

While it wasn’t the usual high work rate of some of the previous Best Friends matches in the tournament, I still liked this match. Beretta reminds me a bit of Kenny Omega: he can have really great serious matches, but he’s also a great comedy wrestler when he needs to be. He and Chucky T have great chemistry, and their ability to play off Yano really made the match a lot of fun. It won’t appear on any match of the year lists, but in my opinion, a fun match like this is a big improvement over the usual going-through-the-motions style of the World Tag League. *** 1/4

Ishii and Yano’s last match is with GOD.  If they beat GOD, they would have 10 and would have the tiebreaker over GOD, War Machine and Best Friends, but would lose the tiebreaker to Jeff Cobb and Michael Elgin and Killer Elite Squad.  It looks like this whole thing is going to come down to the very last match.

Just like Chucky T, Jeff Cobb has been a good addition to this World Tag League, and he has developed a good in-ring chemistry with Michael Elgin.  Their good work has been rewarded, as just like the Best Friends, they are hovering around the lead as we close in on the final days of the tournament.  Tonight they had a tall task in former champions GOD, and they proved more than up to the task.

The match started comedically, with both Tama Tonga and Tonga Roa trying to use their quickness to outmaneuver the stronger men, mostly to no avail.  However, some double team tactics help give them the early edge as they beat down on Jeff Cobb for the beginning portion of the match.  Unfortunately, they got cocky, as Tama Tonga tried to deadlift suplex Cobb and Cobb was able to tag in Elgin.  From there, it devolved into the usual back and forth match before Jeff Cobb picked up the win for his team by pinning Tanga Roa after a Tour of the Islands.

As the match description probably portrays, this was pretty much your typical World Tag League match.  Get in, do your spots, and get out.  It is what it is.  The best news is that Jeff Cobb continues to get good reactions, and I hope that New Japan chooses to bring him back, as he could be a very strong addition to their roster and would have some great singles matches. ** 3/4

As for the standings, Cobb and Elgin have their last match against War Machine. If they win,m they would have 10 points (I sound like a broken record).  They currently have the tiebreaker over Best Friends, GOD and Ishii & Yano.  They would lose a tiebreaker to KES.

GOD’s final match is against Ishii and Yano. If they win they would have (say it with me) 10 points.  GOD has the tiebreaker over KES and War Machine, but don’t over Best Friends or Cobb & Elgin.  We’ll have to wait and see what happens!

After a brief uptick in quality, the World Tag League has settled right back into the usual groove — fine matches that are totally skippable. While no match was bad, there’s nothing on the show to go out of your way to see.  But, if you’re really invested in the Tag League, this is a simple show to get through, as it’s only two matches. 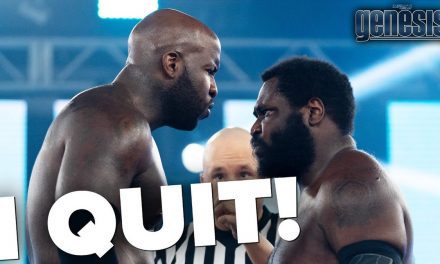 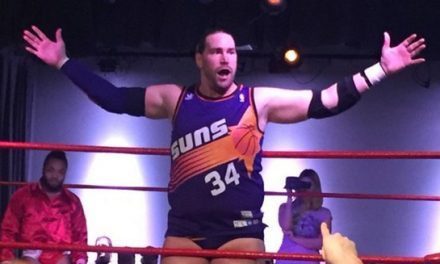