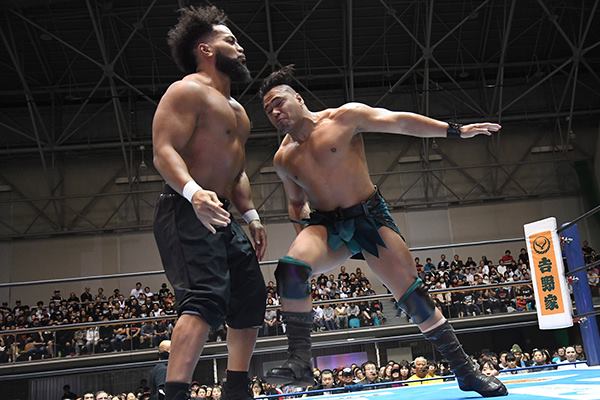 The non-tournament matches were short but sweet. Filled with basic tag matches to sell you on teams that don’t have tournament matches until night two. The best of these matches was the LIJ v CHAOS 10 man tag match which, as we’ve come to expect from these two factions was a fun fast paced match. The highlight however was no Lanny Poffo on commentary.

The first tournament match this year involves two teams that will probably bring one of the more consistent efforts in ring as this tournament drags on. This was a pretty good little match with the story being the actual tag team being a few steps ahead of their young lion counterparts with Shota showing some great fire and nearly causing the upset. Eventually, the Left Hand of God and Stunner put Shota away. ***1/4

This one felt long. I was actually somewhat enjoying this match but it just started to drag. I was thinking to myself if they cut 10 minutes from this match it would’ve been a lot better, but then I saw it went 12 minutes so they should tell you all you need to know about how this match dragged, which is a shame since Nagata and Kojima can still be quite good. **1/2

I wasn’t really looking forward to this one at all; in fact I was kinda dreading it, not because I dislike the guys in the match; I actually like them all, but because I knew exactly what this match would be: Long, full of Jado loudly hitting people with a kendo stick when Red Shoes isn’t looking, a slow beat down of the faces, an ok comeback and eventually G.O.D winning. Both teams will have better matches this tournament. **3/4

Night one of NJPW’s World Tag League 2018 was pretty easy to get through with no great matches on what was probably originally planned to be just a house show when the dates were announced. There a few interesting tournament matches on the next show from Korakuen with a particularly tasty looking main event. 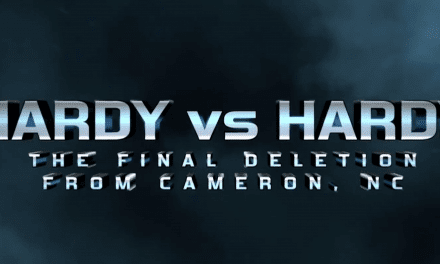