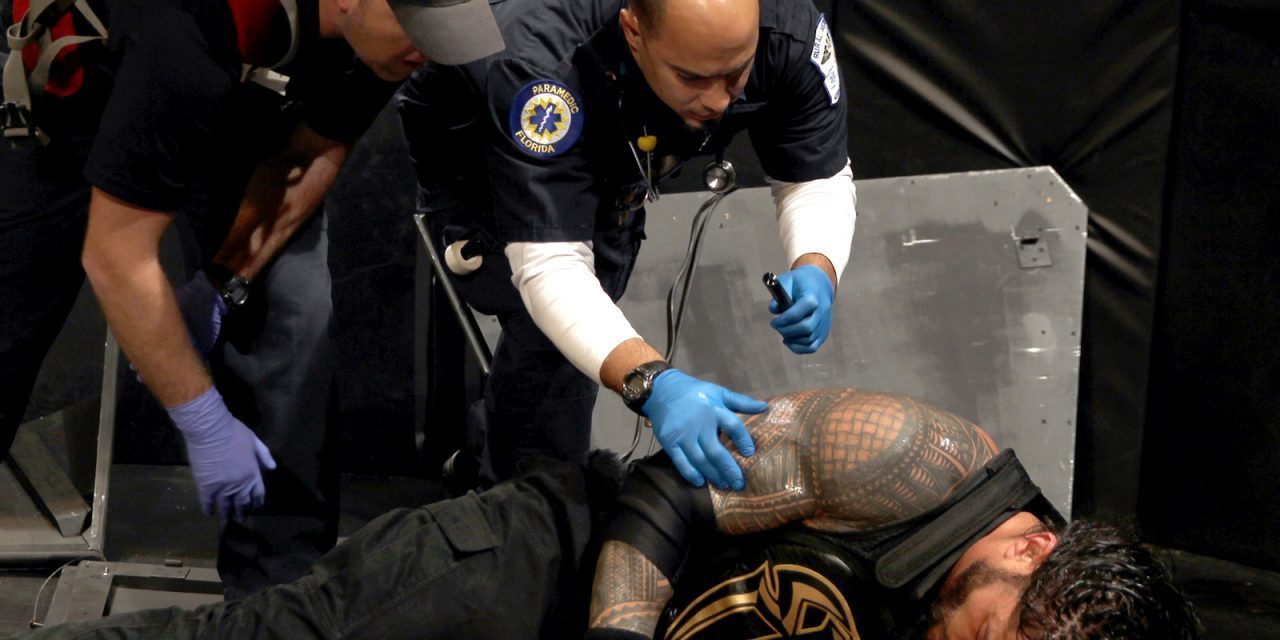 If you didn’t thoroughly enjoy the Royal Rumble last night, then WWE might not be for you.

After two years of Rumbles that left fans booing the finish, WWE rebounded with one of the best editions of their 30-man elimination matches ever. It ended with the best story WWE has going for it right now being further advanced, with a WrestleMania match becoming even more clear.

Looking back, this feud goes to the days of The Shield. The night after WrestleMania 30, it was Reigns who speared Triple H, starting the trio’s feud against Evolution. Fast forward to the build to this past Survivor Series, when Triple H gave Reigns an opportunity to become his champion, which he turned down. Then Sheamus was given the ball by Triple H, only to hold on for about a month before Reigns finally overcame the odds and became the champion. That title change took place with Triple H on the sidelines, though, waiting for his revenge.

Whether you like Triple H’s victory, this was the advancement of one story and the culmination of another. Since the injury to Seth Rollins, he has been trying to find the champion that will best represent the company, someone to buy into him. Well, who better than “The Game” himself, right?

Triple H also had to enter No. 30. If he had to do the job himself, he had to ensure the best odds of winning the match. It’s all the more fitting he came in at No. 30 after former champion Roman Reigns entered first and suffered an attack that put him temporarily out of the match. (Side note: It would have been nice to see Reigns be stretchered to the back. It was kind of annoying to see him walking to the back, like he chose to go get treatment while everyone else fought in the ring.)

The match itself felt like it meant a lot. There weren’t many surprises, which was good. There’s no reason The Boogeyman of Hacksaw Jim Duggan should be in a match that was for the WWE World Heavyweight Championship. The Royal Rumble featured mostly regular performers fighting for the company’s biggest prize, along with being able to call themselves a Rumble winner and the champ.

Dean Ambrose had a heck of an evening, putting himself through a big time Last Man Standing match against Kevin Owens, and then nearly becoming only the third man to ever hold the world and intercontinental championships at the same time. He came up just short, though, but still put in a shift and a half in Orlando.

A phenomenal debut: Seeing A.J. Styles in a WWE ring was pretty wild. The man many believe is the best wrestler in the world finally made his legitimate WWE debut at the age of 38, in a city (Orlando) he has performed the majority of his career in.

His music sounded fantastic, fitting the persona Styles has built over the last two years, and the merchandise released soon after the Rumble looks like something people will definitely be able to get behind.

I wish we could have seen Styles highlighted a bit more in the match, though. He eliminated Curtis Axel and had a few moments where the spotlight was on him, but something was missing. While just seeing him in the Rumble itself was great, I would’ve liked to see a bit more of him highlighted. Even his trademark springboard elbow took place while a replay was being shown, minimizing its potential impact on the audience.

It was a nice introduction to a massive audience for Styles. He entered the ring and went back and forth with Reigns, something not many get the chance to do. While he may not be main eventing shows moving forward, hopefully “the phenomenal one” is treated well in WWE and gets a chance to shine.

Shoutout to R-Truth: Because if you didn’t laugh at R-Truth last night, then you think nothing in the world ever is funny..

Setting up ‘Mania: Of all the matchups we saw potentially set up for WrestleMania, Kevin Owens definitely has more ways to go than most. He notably eliminated Styles, which could create a great feud for him to bounce back from losing to Ambrose earlier in the night. But Owens’ direction for the next couple months is pretty clear.

After showing up to the NXT show in Milwaukee a week and a half ago and being eliminated by Sami Zayn in the Rumble match, Owens and Zayn appear set to continue their rivalry in WWE. Since Ring of Honor’s Final Battle in 2009 when Steen turned on Generico, this might be wrestling’s best feud, and its current incarnation is so simple. Owens wanted to get to the top, and being as heartless as he is would do anything to get there. Now that he’s thriving in WWE, Zayn wants his revenge.

As Owens once said about his feud with Zayn, “I think you and I are destined to do this forever.” Yes, please.

One of WWE’s best shows in recent memory: All five matches at the Rumble were a lot of fun. I don’t like putting potentially the best match on first, and I thought they might have done that yet again with Ambrose and Owens. The two delivered a hard-hitting and fun brawl for the Intercontinental Championship, which ended wildly with Owens going through a pair of tables.

The Uso’s and New Day were fun, as per usual, while Kalisto and Alberto Del Rio really had me rooting for the underdog. Becky Lynch and Charlotte had one of the better divas matches on a big show in recent memory, and Sasha Banks reminded everyone who The Boss is.

From top to bottom, WWE succeeded last night. Now, we have definitely turned onto the road to WrestleMania.

So, TNA’s highest traffic (probably ever) is due to them whining about AJ choosing WWE over them. pic.twitter.com/U69fiGHOzs

“Hey guys, we almost signed these guys, one of whom we were negotiating with while he was under contract with another company, but they got more money to go to WWE, but we just wanted you to know that we tried really hard and are disappointed we couldn’t sign them.”

That’s what I took away from TNA’s inexplicable attempt to gain sympathy (that’s the only thing I can come up with) regarding their potentially signing Styles, Karl Anderson and Doc Gallows. Whoever was tweeting or contacting TNA consistently saying “I want the truth about those three! What really happened?” got their wish, but I don’t think there was anyone out there like that. This was a move they somehow thought was the right one to take in a situation that didn’t require any action on their part.

Then last night, they congratulated Styles on his Royal Rumble appearance. I thought they didn’t like him, or were they actually just reporting news for their fans? I’m confused. Thanks a lot, TNA.

Match of the week: Since it looks like we’re headed toward a Charlotte vs. Banks title match, everyone should go check out their first match at an NXT Takeover in December of 2014. It was one of the first matches of what was the real “divas revolution” down in NXT, and put both firmly on the map as two of the best in the business. (Like last week, I suggest checking it out on the WWE Network for the best quality). 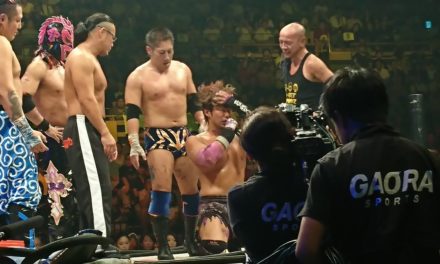 Beauty in Brutality: Dangerous Gate & The End of the Jimmyz