This week on Wrestling Omakase the G1 Climax gets underway, and we talk some NOAH N-1 Victory too!

The Wrestling Omakase Patreon will be your only place to get our full coverage of all three tournaments. Weekend shows will be covered here on the free feed, but John will bring even more daily coverage of the weekday shows exclusive to the Patreon, including with returning guests too! The Patreon right now has our coverage of AJPW Champion Carnival Night 3 from Tuesday 9/15 and the opening night of the NOAH N-1 Victory from Friday 9/19, and will continue this week with a ton more exclusive shows, including G1 Climax reviews on Wednesday and Thursday! Don’t miss out on a single minute of our great coverage- sign up for just $5 per month at www.patreon.com/wrestlingomakase! And don’t forget that you’ll get all of our other audio too- our recently compete series talking every Naito-Ishii match in order, our Pateon-exclusive 5 Matches episodes with a whole load of guests (Rich Kraetsch! Alan4L! Todd Martin! Chris Samsa! And more!), ANIME OMAKASE, and a whole lot more. Check it out again at www.patreon.com/wrestlingomakase!

John is joined by first time guest and VOW contributor Harley Duncan, who’s coming to us from the other side of the world. Harley introduces himself and talks about getting into both wrestling in general and Japanese wrestling in particular, which leads to a larger discussion of various jumping in points that are common to NJPW fans in the West (and what might make new fans in Japan). Once that’s out of the way we turn our full attention to the first two nights of G1 Climax 30, discussing all ten tournament matches in detail. Major topics that come up include why the interference from Jay White didn’t bother us this time, the Okada “working vs. washed” debate, whether or not this current Okada storyline is even all that interesting or well laid out so far, Juice Robinson’s wacky new gear (and really new gear talk for a bunch of wrestlers), and of course the absolutely outstanding main event between Naito and Tanahashi. We also look ahead to the upcoming Nights 3 & 4 in the G1 as well, which again will be covered exclusively on the Patreon.

After we’re done with the G1 we head over to NOAH for Night 2 of the N-1 Victory, a kind of sleepy night of just pretty good action. We break down all four tournament matches plus the two non-tournament ones, including the very surprising result in an eight-man tag team match. Afterward we look ahead to what should be a much better N-1 show for NOAH, Tuesday’s Korakuen (also covered exclusively on the Patreon!). 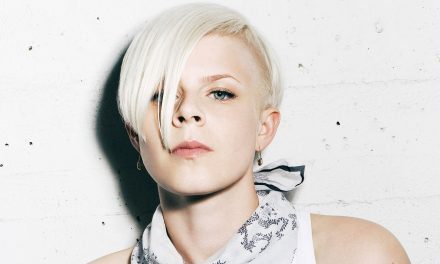