Rob's Guide on How to Progress through PROGRESS 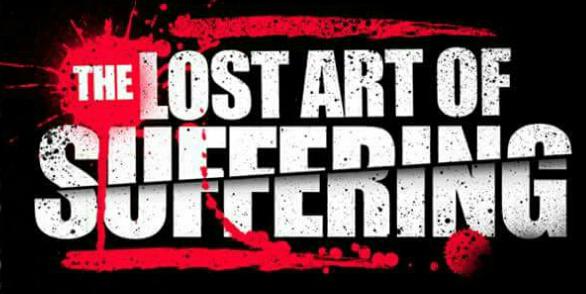 Chapter 27: The Lost Art of Suffering Bunch of announcements at the front of the show. GCS qualifiers, Atlas title...

Natural Progression Series Semi Final: Pastor Williams Eaver vs. Damian Dunne
A good little opener. You can tell these two aren't the most experienced, but that's exactly what the NPS is for. ***

Jack Gallagher vs. Johnny Kidd
A great exhibition of the escapology style match. It's not 'my style', I generally feel it's full of nifty exchanges but lacks any real escalation, but as a tribute to the past of BritWres and for some variety this more than did its job. Give me this over Thatcher any day of the week. ***1/4

Roy Johnson's Wasteman Challenge
Johnson is a very good talker, but I'm not sure if you'll completely understand everything he says if you're not familiar with UK (and specifically London) youth culture. Hell, I'm not sure I did.

► Show Spoiler
Roy Johnson vs. Dave Mastiff
Basically an extended squash. Mastiff announced he'd be in the Atlas Championship Tournament.
^Match not worth your time.^

Losing Team Never Teams Again in PROGRESS TLC Match: London Riots vs. Sumerian Death Squad
A very good video package for this one, unfortunately it ended up being better than the actual match. 90% of the problem was the furniture, but this was a mess and not really worth your time shockingly.

PROGRESS Championship Thunderbastard Match:
Mark Haskins vs. Paul Robinson vs. Zack Gibson vs. Will Ospreay vs. Eddie Dennis vs. Flash Morgan Webster vs. Rampage Brown vs. Marty Scurll
The Thunderbastard has the exact same rules as the Season 2 incarnation of Aztec Warfare. I really didn't think that match was very good, and this had many of the same problems, although to a lesser extent. Having only nine guys in the match allowed the match to not rush through the eliminations but a few of the eight did still feel pretty cheap and wouldn't have been a finish in a normal match. Gibson and Brown looked great in this match though, and the finishing stretch with the last three guys was great stuff. ***1/2


One of the most stacked PROGRESS shows in history also ended up being one of the most disappointing. Hell, more than that, it was simply one of the worst shows of theirs in the last few years. There's stuff to enjoy for sure, and it started very well, but the entire middle was totally skippable and the main event wasn't good enough to save this lacklustre show.
Top

Year End Awards - Year Four These are entirely my opinion and chances are you'll disagree with at least a few of them, that's the nature of awards.

Wrestler of the Year
Award for the complete package: promo, in-ring, character, look...

Tag Team of the Year
Same as wrestler of the year, but for tags.

Worker/s of the Year
Award for the best portfolio of matches. Tag teams eligible.

Character/s of the Year
Everything apart from in-ring. Tag teams eligible.

Storyline of the Year

1st - Will Ospreay vs. Regression
2nd - Rise of the Villain
3rd - Paul Robinson breaking out on his own

Show of the Year

These overall awards will be done now and updated after every Year End Awards. The categories will be the same, but I'll be looking back at the entire history of PROGRESS rather than just one year's worth. This is only for the first four years of the promotion. These are entirely my opinion and chances are you'll disagree with at least a few of them, that's the nature of awards.

Wrestler of the Promotion
Award for the complete package: promo, in-ring, character, look...

Tag Team of the Promotion
Same as wrestler of the year, but for tags.

Worker/s of the Promotion
Award for the best portfolio of matches. Tag teams eligible.

Character/s of the Promotion
Everything apart from in-ring. Tag teams eligible.

Storyline of the Promotion

WrestleCon Supershow PROGRESS brought their title, an owner, a ref, a commentator and most importantly a highly acclaimed match to Dallas for 'Mania weekend to turn their title into the PROGRESS World Championship. Exciting times.

PROGRESS World Championship Match: Marty Scurll vs. Will Ospreay
This was a great taste of what the Scurll vs. Ospreay match is, while at the same time being clearly a step below their two epic encounters from January. It suffered from all the same problems as the RevPro match: a masturbatory and goofy opening period complete with a spontaneous pose-off (made all the worse by the fact that in the PROGRESS continuity these are two guys who hate each other) and sequences which leant overly heavily on delayed selling (although this time it was placed earlier in the match so was less egregious due to them not being worn down). What I did really enjoy though was the way they changed up the structure of the match, with Marty consistently cutting off every time Will started to gain momentum in the second half of the match after them both getting their shit in in the earlier portion.

► Show Spoiler
While that isn't any sort of revolutionary concept in match structuring in itself, what was really cool to see was that Will never did get his BIG comeback. He got several small ones that got cut off, and just when one thought that he was about to mount his final extended comeback to lead into the finishing stretch Marty cut him off early once again and tapped him out. Some would likely view that as a deflating finish, but I personally love it when wrestlers play around with your expectation in terms of match structure, and throw a curveball in there.
Far from their definitive match together, but well worth a match. ***3/4
Top

Progressing from Show to Show: WrestleCon -> 28 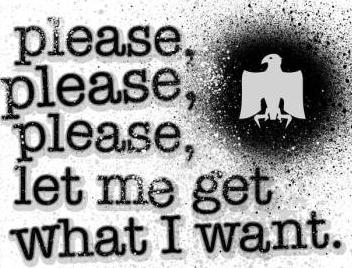 Mustache Mountain vs. Dunne Brothers
A fun opener, even if some of the spots were pretty goofy and contrived. Would like to see both teams become regulars in the tag scene ***

Mark Haskins vs. Flash Morgan Webster
Good carry job. Haskins is really good. Flash is... eh. He looked okay here, but his facials and a lot of his offense still sucked. ***1/4

► Show Spoiler
Tommy End vs. Marty Scurll
I've always been adamant that End, as good as a tag wrestler he is, isn't that good at singles. This wasn't enough to make me change my mind in that regard, but it was a good start and a good taste of what these two can do together. There were definitely points where things got overly cutesy, but overall this was some damn good stuff. A strikefest, but a very engaging one where almost every one looked very good.
No DQ Tag Championship Match: F.S.U. vs. The Origin (Ligero & Cruz)
Started a bit slowly, but developed into a real war. Dragged in parts, but overall they filled the time well and put together a very entertaining brawl. Some very cool spots peppered throughout, but also had a pretty decent flow. ***3/4


Overall this was one of PROGRESS' most consistent shows in recent times, and peaked well too with the main event. One of the less hyped cards, but ended up being one of their best shows.
Top

Great thread. I've been navigating PROGRESS from the first show forward. Onto Chapter 7 at the moment and these guides have made things a whole lot easier -- thanks a lot.
Top

Glad you're finding it useful.
Top

When did people start turning their backs on Paul Robinson? That's something that's always been cool to me. Love the reviews as well, really helped me get into the stories of Progress when I started watching them.
----------
These are things I do.

I think it was after he turned his back on Ospreay, but I can't recall 100%
Top 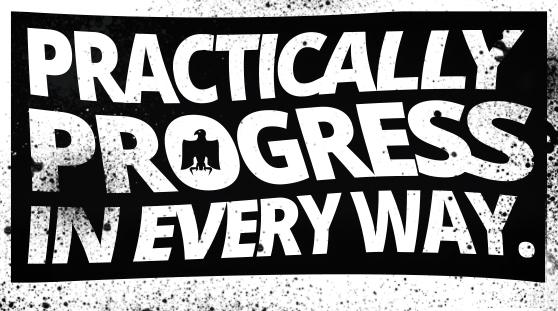 Chapter 29: Practically Progress in Every Way Atlas Tournament B Block Match: Michael Dante vs. Big Damo
Disappointing. Dante doesn't quite work in singles. He beat Damo with a spear.

Cruiserweight Classic Qualifier: Flash Morgan Webster vs. Zack Sabre Jr.
Got messy towards the end as Flash's body literally fell apart (his shoulder and ankle were seriously injured), but for the majority this was pretty good. ***1/4

Cruiserweight Classic Qualifier: Pete Dunne vs. Jack Gallagher
REALLY good stuff throughout, albeit with a slightly underwhelming finish. Both guys looked tremendous and had great chemistry. ***1/2

Elizabeth & Dahlia Black vs. Pollyanna & Jinny
Watch from 1:49:30. Match was nothing, post match and finish worth watching.

Atlas Tournament B Block Match: Joe Coffey vs. Rampage Brown
This is what I want from the big lads, and easily the best match of the tournament so far. Lost a little bit of momentum in the middle, but both started and finished brilliantly. ***3/4

Title Shot/SSS16 Entrance: The Origin vs. F.S.U. & London Riots
If The Origin won then all four members would get entrance to the tournament (if they lost then only some would enter). If the F.S.U. scored the pin, then they'd get a shot at the tag titles, same for the Riots.

This was a bunch of fun. One or two kickouts that were overkill (and should have just been somebody breaking it up), but I was really happy that they NAILED those tag legalities. Maybe the best performance I've ever seen from Andrews, and in general everybody looked really damn good. ***1/2

PROGRESS Championship Match: Tommy End vs. Marty Scurll
This was going really good until the non-finish. Worth watching, but I hate that bookers feel the need to spoil matches in order to tell stories, especially main events. Do your stories in the pre- and post-match, stop being lazy. ***1/2


Really good consistent show, even better than the previous show. Was just lacking one great match, and the main event perhaps could have been it if not for the bullshit. Come on PROGRESS, don't get in the way of the guys.
Top

PWE From the Ashes Second international defense after Dallas, this time in Italy.

PROGRESS Championship Match: Marty Scurll vs. Zack Gibson
A very house showy, crowd hamming upy match. Fine, but not particularly worth going out of your way to watch. ***
Top

Glad to see your thoughts on the main event finish. I stupidly voiced how annoyed I was on the fans page on Facebook and I seemed to be the only one.
Top
Post Reply
165 posts