I've never heard that concert hall get so quiet when the Danny and the entire roster came out to talk about Jim Lynam.

Sunday's show featured quick interviews with talent telling their favorite Jim stories between matches, and his face was shown on the screens for the entire show. But there will be storyline promos inserted into the DVD release.

While admitting that "everyone fuckin does it", there will be a yearly two day tournament in Jim's honor starting next year.

Attendence was the smallest I'd ever seen it at Bourbon Street, but it was to be expected running on Sunday.

I felt that everything was at least good, with many bordering on great. Bar brawling got pretty repetitive, but I guess people like it, so whatever.

Trevor Lee debuts in September, and Page returns to defend the title. Followed by probably the last AAW/SHIMMER shows ever in Berwyn, so if you like the building, take the shows in.

AAW On Demand is now live at aawondemand.com for $7.99 a month (use the promo code REDEFINIED for $4.99/month for three months, and I imagine there'll be several codes being sent out shortely), including $2.99 rentals, and it can be linked up through ROKU. I can't say I'll be a regular subscriber (especially since I see every show in person), but either price is a tremendous deal. it's undercutting SMVOD big time, but the market does need to change. In fact, I'm going to start looking at AIW's service (with the same software).
Top

The Windy City Classic is moving to the Logan Square Auditorium (CHIKARA's Chicago venue). Co-Owner Danny Daniels wasn't involved with the discussions, but he was told there was a trust issue with the Olympic Theater that led to them leaving. I imagine this is why SHIMMER has talked about needing to run earlier, as my theory is they're going to Bourbon Street, and need to be done and out before the concerts start around 8 PM.

It would have been cool to be there, but ya got to do what's best, and Logan Square is a lot of fun. Plus it's easily accessable by train, bus, and has parking.
Top

Here's what we were just emailed about the situation:

Off Topic
Several terms of the agreement with the venue were changed on us during the time since we set the date. The most significant change of all was being told that the town of Cicero may not allow us to go forward with our planned setup, which includes several rows of folding chairs on the main floor of the venue for our reserved seats. We were assured that such a setup would be no problem at the time we agreed to schedule the event at their facility. Being informed that we could potentially be heavily fined by Cicero, or even potentially have the show shut down on the day of the event if we are "caught" running with such a setup, it became clear that we could not proceed with running there as planned. We simply cannot take such a risk.
It sucks. But on the bright side, maybe we'll fit in Underground Wrestling too.
Top

Anyway watching Wrestling at 10am will be different at least.
Top

Since I didn't make it clear, SHIMMER on the Saturday is going back to the Eagle's Club, but starting at 10 AM. It'll probably be run without intermission, which is why merch selling will be done at another building after the show. I'm only being half serious on going to Underground Wrestling afterward, with the mindset of "well we're already binging on wrestling [including Raw on Monday, and the big NJPW Monday morning), what's one more show?" Since there's a hard curfew, there'll probably be a couple undercard matches meant for the first two volumes taped on Sunday.

Pretty good show on Friday. Trevor Lee is great, and glad's he's going to be a semi regular. Lyndon and Cage delivered again, and the triple threat tag was very entertaining. It's unfortunate that Kingston is going the Steen route of always wrestling in workout clothes, but the match with Dux was fine. Gargano/Hero was awesome. Crane/Sabre was eh. Page/Cross was disappointing, as I felt they never clicked. Kong/Jones was fucking nuts. The tag titles was exciting, but personally I'm over the in the crowd, hardcore brawls.
Top

The card's starting to shape up for next Friday...

And we've also got Eddie Kingston vs. Tyson Dux in a Last Man Standing Match next week.
Top

I've been meaning to check the fluids in my car, this would be a great opportunity to do so.
Top

Fun times last night, and I caught up with Rich for a bit. Page/Gargano was very good, and the Eddie Kingston match got super over, even if it wasn't exactly Flair/Steamboat.

Off to SHIMMER now...
Top

You people in Chicago are sooooo freaking lucky...

WCC should be hot. Ethan vs. King vs. Trevor Lee for the belt. Jake Crist's AAW retirement match with the Airborne vs. Hooligans where he can go out on top with tag titles. Iron/Faith grudge match.

Hero/Pentagon Jr will be bonkers too.
Top 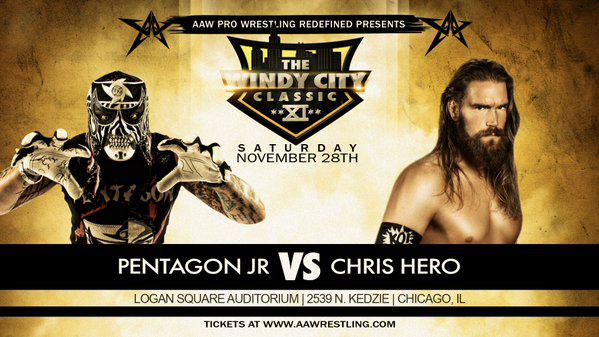 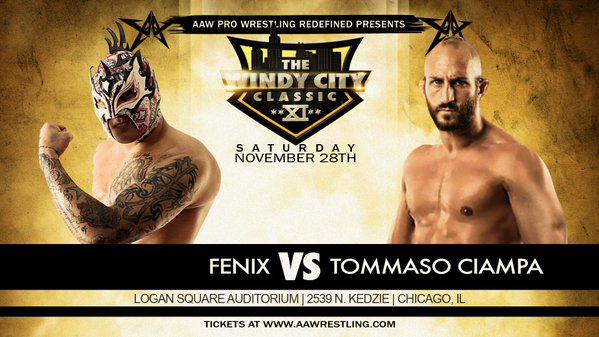 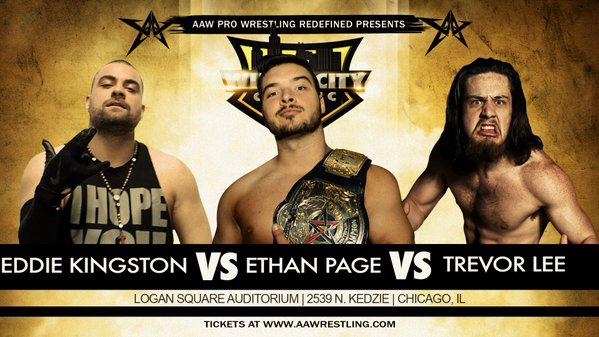 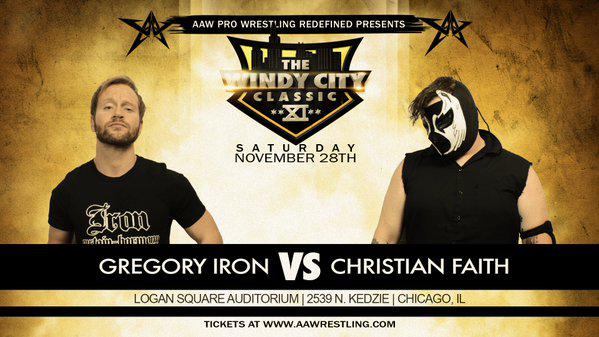 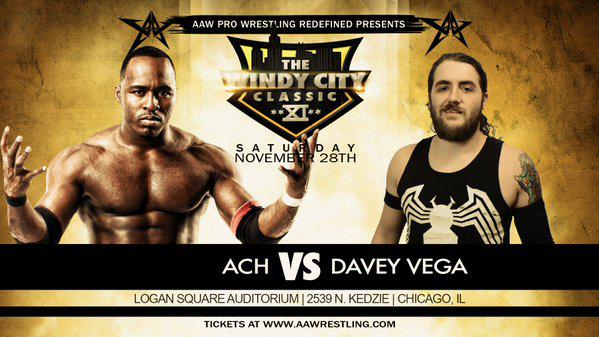 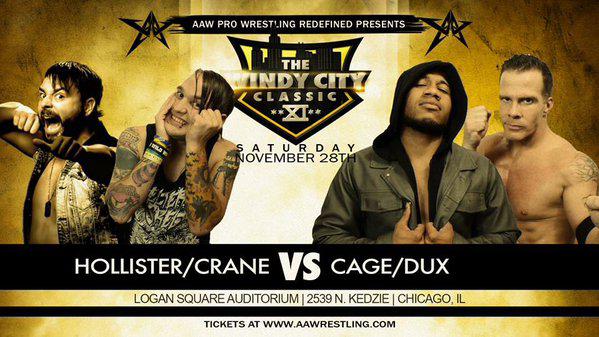 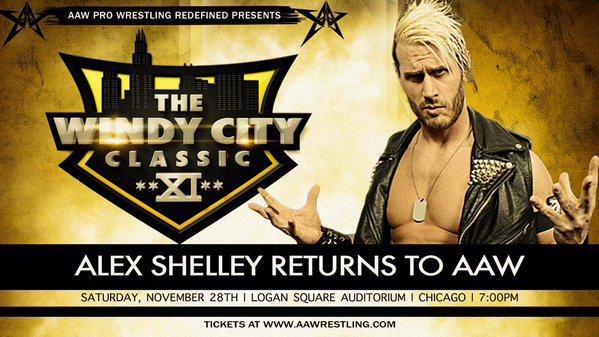 Tickets started flying once matches were announced, and now they're completely sold out, at least based on current seating setup, so there may be some day of show tickets once everything's setup.
Top 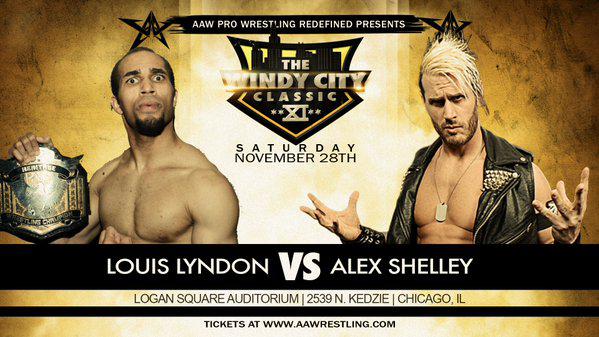