Talk about non-worked sports here (This includes MMA & the NBA playoffs) as well as entertainment, news and hopefully not politics or religion.
Post Reply
42 posts

Jove wrote:Yeah, I'm not that into Scandal. The only thing they have in common with Sleater-Kinney is gender.


What other Japanese stuff do people here listen to? I've found that the indie scene ignores Japan and Korea far too much.


I'm not going to say that SCANDAL, are anything like a Japanese Sleater-Kinney and it's certainly feasible to like one and not the other, but I think you're being slightly a little bit too dismissive of SCANDAL, as the harder and/or more experimental end of SCANDAL's catalogue is really not that far away from the poppier end of Sleater-Kinney's catalogue. Songs like You're No Rock 'N' Roll Fun, Oh!, Little Babies aren't a million miles away from what SCANDAL put out.

Admittedly I can't see SCANDAL putting out an album like The Woods anytime soon, but it's not as though SCANDAL are AKB48 and Sleater-Kinney are a grindcore band. Though I will say that no band be it male, female or alien can replicate what S-K do, and if I had to choose between the two, I would choose Sleater-Kinney every time.

OK the major differences are; Sleater-Kinney tend to sing about more thought provoking stuff, where as SCANDAL's songs tend to be more vacuous. Whilst the other major difference is that up and until their latest album, other people wrote for or co-wrote with SCANDAL on their songs. That's something I probably would have been indie-hipster snobbish about at one point, but I think if the songs good enough who really cares.

I love both bands, but for different reasons, Sleater-Kinney for me have this unique sound and chemistry which can't be replicated by anyone else, whilst SCANDAL deliver infectious power-pop.

I'm guilty of doing the same thing with many bands myself, but I'm guessing you've dismissed SCANDAL, as not being your thing after only a few songs. I can come to my conclusions and comparisons between both bands, after hearing pretty much both bands entire catalogue.

Mind you I can't quite believe that I'm discussing the virtues of being both a Sleater-Kinney and SCANDAL fan on a pro wrestling discussion board.
Top

I've tried just about every SCANDAL single, and skipped through their first two albums. I guess I can't say that there are cursory similarities in very specific examples.


I don't think it's too outlandish a topic, considering the flagship podcast is heavily based on Japanese wrestling. Though I'm not sure how much overlap there is between Puro fans and other Japanese culture like manga and the music.


Keytalk - Yurameki Summer (It's ok dance-punk, but that half-speed guitar solo at 2:45 is fucking brilliant) 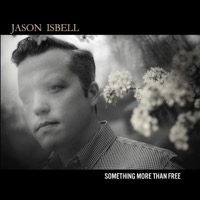 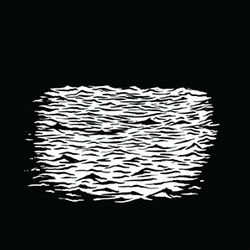 Nice to see Summertime '06 and Coming Home on there. Didn't really care Compton or that Courtney Barnett album all that much.
Top

All in on Modern Baseball right now. Right behind Andrew Jackson Jihad as my favorite "current" artist

any punk/hxc/skramz nerds repping? the Ephemera project ep and the Caust 7" are super close for my aoty, although there's so much i've dl'd but haven't had the chance to listen to fully yet (envy, nayru, yearbooks, lord snow etc...)

as for other recent music i'm into that is probs slightly-less embarrassing: while i wasnt that big on the singles, there's some pretty fun deeper cuts on Carly Rae's latest. haven't listened to the whole thing either yet but the Migos album def has some bangers too.
Top

Always enjoyed Jay so Ill have to check this out. Have you listened yet?
Top

Rich Kraetsch wrote: Always enjoyed Jay so Ill have to check this out. Have you listened yet?

Yeah I've had the album since yesterday and listened to it all day. I really enjoy it, this is album was definitely worth the wait.
Top

This is the third time I've seen the Leon Bridges album being said great. Guess I will pick that up.
Top

The Dungen album is a good as I thought it would be, and I'm willing to say that Dungen is sneakily one of the best indie bands of the last 15 years.

My Spotify playlist - Spotiface vs. Spotify - Over 650 subscribers now. Been curating this for over 6 years. A total mix of genre's and styles.

Randomize and play and I guarantee you'll enjoy it!