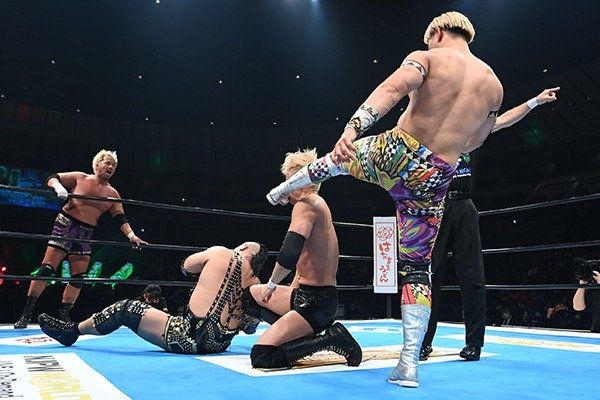 When I am rating matches, I always look at three factors: in-ring action, story, and emotional response. Then, I look at how that match compares with others in recent memory to see if it’s a match-of-the-year contender. Finally, I look at how historically significant that match is or has the chance to be to verify if that is one of the greatest matches of all time. Even though I’ve had my share of 5-star matches, I’ve always been looking for that perfect match that has everything to perfection.

I must have found it.

When the card for NJPW Wrestle Kingdom 17 in Yokohama was announced, the tag team match between Yoshiki Inamura & Kaito Kiyomiya and Togi Makabe & Kazuchika Okada was probably at the bottom of my list of matches I was looking forward to. Of course, at the time, I wasn’t expecting Okada and Kiyomiya would go on to do everything I love in a wrestling match.

The story was very simple: we had the champions for NOAH and NJPW on opposite sides, both with very similar gimmicks, but in very different career paths.

While Okada has established himself as a living legend, Kiyomiya is still looking for that break that will turn him into someone special in the business. When the match starts and Okada refuses to get in the ring with Kaito, you don’t have to say anything for you know where they stand. Okada doesn’t respect Kaito, he doesn’t see him even nearly close to his level. Kiyomiya is not worthy of sharing the ring with a legend.

Think of how Kaito must feel – he is the GHC champion after all.

The match starts as any regular match does. Even though Makabe and Inamura are doing big boys’ stuff, you know the match is not about them. When Okada gets in the ring, that makes it even clearer. He’s got that cocky attitude around him. He’s looking upwards, he’s walking like he doesn’t care, no one is on this level, after all. We then have the perfect camera shot when Okada controls Inamura on the mat with his back turned to Kaito: the ultimate sign of disrespect. So, Kaito gets in the ring. He kicks Okada’s back. Okada doesn’t sell. Kiyomiya does it again. Another no sell.

And there comes the kick to the face.

At that instant, it feels like time is frozen.

Everyone with a little bit of knowledge of Japanese wrestling history is taken back to the day Akira Maeda broke Riki Choshu’s orbital bone with a kick. And, at that moment, you know wrestling history is being made. Nothing will be the same after the kick. Not the match, not both men’s careers. The lines between work and shoot are definitely blurred.

The action changes. Kaito and Okada decide that they will beat the hell out of each other for real, and the levels of excitement are going through the roof. It’s impossible, at this point, to look anywhere but the screen. It’s impossible not to grunt at each kick to the face, each punch, each palm strike. You know it’s not only believable, but it’s also real.

When the referee stops the match and declares a no-contest, you know it doesn’t matter. You know it’s not over. 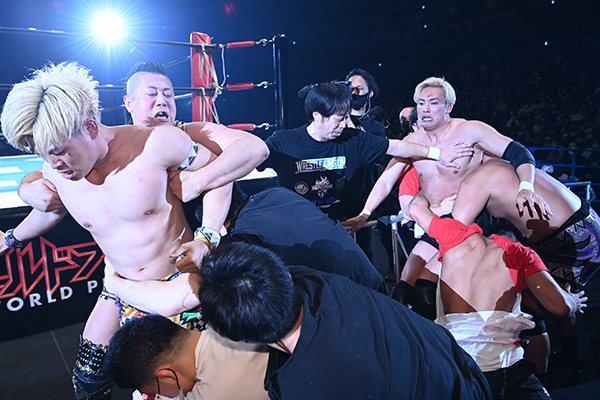 Kaito grabs the mic and challenges Okada to a singles match. If you look at the Rainmaker’s face at that moment, you’ll see that he looks different. There’s a different look in his eyes, and his facial expression is changed into someone else’s. At that moment, Kazuchida Okada physically resembles Antonio Inoki, and that’s an image that I will never forget.

When it comes to Kaito, though, this might be his big break after all. People might forget, but, even though Maeda was fired after that kick, it took him from a midcard spot in New Japan shows, and turned him into one of the biggest stars in Japanese wrestling.

Wrestling is really good when everything connects. Now, when someone asks me what makes professional wrestling great I can answer: tension, refusal to acknowledge your opponent, and a good kick to the face! 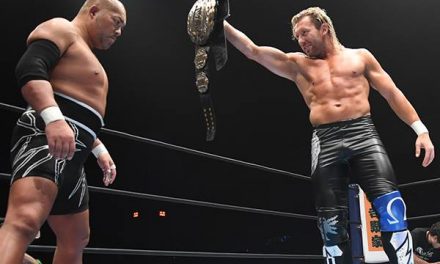 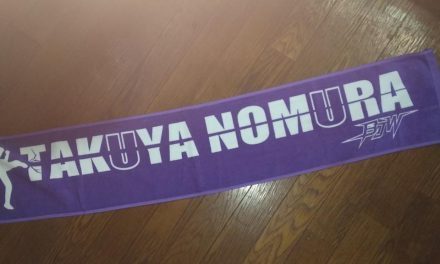