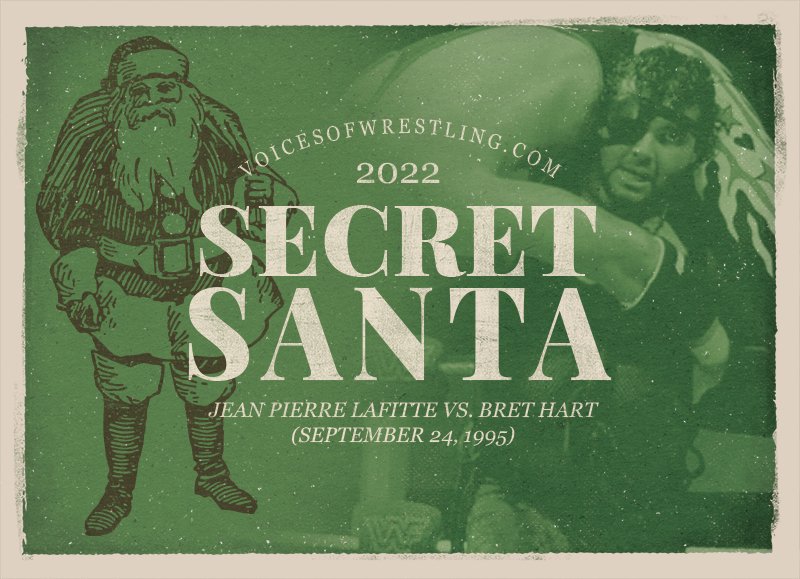 My video file starts with Shawn Michaels, Diesel, and Dok Hendrix in the back, and I’m already annoyed. They’re the most 1995 annoying douchebag babyfaces alive, and they say they’re gonna go from Two Dudes With Attitudes to Two Chaps With Four Straps. Sounds like a Saturday night in West Hollywood instead of a Sunday night in Saginaw. As I prepared to begin listing all the titles Shawn Michaels won and never lost, as he would do on this night, I realized that I didn’t get gifted the main event of In Your House 3. No, I got gifted the much-heralded undercard match of Bret Hart vs. Jean Pierre Lafitte.

After Bret makes some pirate puns, he walked through the door of the In Your House set, which was cool. Why wasn’t that just the entrance for everyone? Maybe you could’ve had the heels come out of the garage, have the jabrones come out of the doggy door. They could have played with this concept more is what I’m saying.

The story here is simple, although by 2022 standards, it may be a little much for some pundits to grasp.

The pirate is looting Bret’s booty. Lafitte stole Bret’s sunglasses from a kid, then ran off with Bret’s jacket while he was in a match. As I watch this match, I just think about how unbelievable a career Jean Pierre Lafitte (who is PCO to remind you) has had. You hear about how all these wild and crazy bumps take years off of careers and put people in wheelchairs. Well, here’s this guy in 1995, still taking some wild bumps on that concrete WWF ring and the actual concrete floor. He’d be taking those same wild bumps to the floor seven years later as X in the early days of TNA. And over 20 years later, I’d watch him get beaten bloody by WALTER at one of the Joey Janela’s Spring Break shows and revive his dormant career. I don’t know what it says about Lafitte that he’s still going and taking more of these wild bumps now than he did back then, but bless him for it.

The match, for a 1995 WWF PPV spectacular, was really good. It’s a solid match by any standard really. JPL controlled for a good chunk of the match, including hitting a vicious Clothesline From Atlantis. Then Bret made his comeback by doing to Lafitte what Lafitte did to him, like sending him into the steps and running him sternum-first into the buckle. The finish came from both men attempting a crossbody and colliding, then Bret hooking the Sharpshooter up from the mat after Lafitte countered the standard set-up early on. I believe Bret wrote in his book that he came up with this finish (that I believe he had used earlier) after doing it to his wife when they were laying in bed one night. Really good match, and I thank whoever gave it to me.

I’m gonna guess it was ol’ Captain Kraetsch after he got on me for not watching Bret Hart vs. Owen Hart at WrestleMania X for so long.

I should watch some more Bret Hart matches. I probably won’t. But I definitely should. 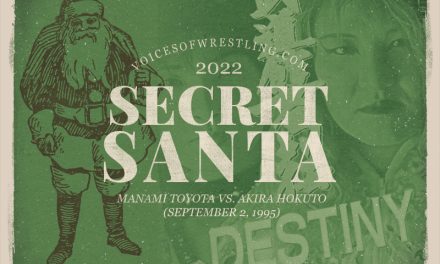 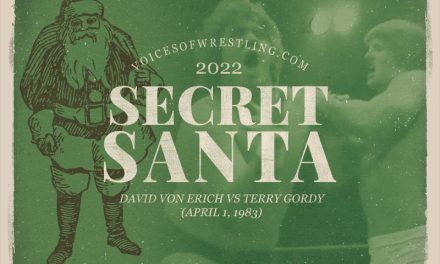