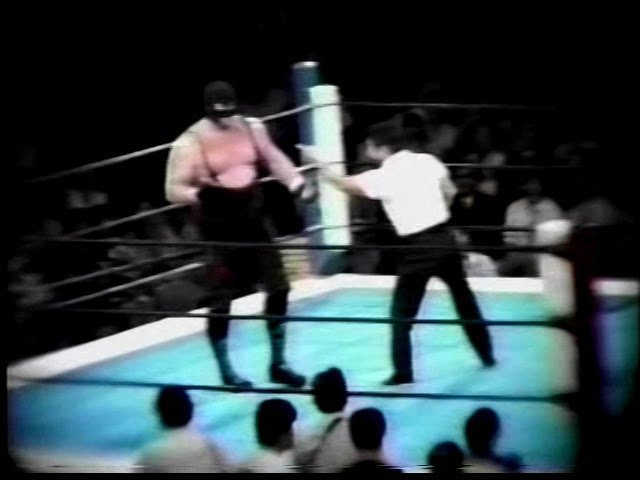 Our match of the week is Big Van Van Vader vs Crusher Bam Bam Bigelow, on September 5, 1988, from Osaka, Japan (NJPW).

Two of the greatest big men of all time square off in newly unearthed handheld footage in this short, high impact brawl that has Osaka chanting Big-e-low! Big-e-low! for the returning Crusher Bam Bam Bigelow.

Bigelow burst on the scene as the hottest prospect in wrestling in 1986, a true prodigy who was already tabbed for superstardom before he debuted in late 1985 on a show at Studio 54 in New York City promoted by Paul Heyman. Trained by Larry Sharpe (helping to put Sharpe’s “Monster Factory” training school on the map), Sharpe carefully guided Bigelow’s early career, acting as his manager on screen and off, as Bigelow worked Memphis did short stints in various other territories.

Booked on his first New Japan tour barely a year into his career, Bigelow was instantly working main event tags opposite Antonio Inoki from his first match in. Bigelow was protected, doing no clean jobs, while picking up clean wins against Tatsumi Fujinami and Akira Maeda as they built towards an Inoki match for the IWGP title.

In between his second and third tours, Bigelow received a WWF tryout. He returned to Japan for one more tour before starting with WWF, doing his first clean job for Inoki in front of 10,000 fans in Sumo Hall in his final match.

Bigelow was pushed hard right out of the gate. He teamed with Hulk Hogan, Paul Orndorff, Don Muraco, and Ken Patera against Andre The Giant, King Kong Bundy, Rick Rude, One Man Gang, and Butch Reed in the main event of the first Survivor Series, and was pushed hard in the match, outlasting Hogan and nearly overcoming a 3-on-1 disadvantage before being beaten by Andre in a match layout that was clearly designed to get him over as a major star. For the next few months, Bigelow worked house show main events, teaming with Hogan, but the push began to fizzle as he picked up massive heat for being pushed so hard so fast, and for his perceived attitude. Andre in particular did not like him, and would routinely work stiff with him, which ultimately drove Bigelow to quit the company.

Leon White (as Big Van Vader), just months after Bigelow left for WWF, replaced Bigelow as Inoki’s monster gaijin rival. Vader, like Bigelow, was a red hot prospect who earned a spot with New Japan barely a year into his career, and like Bigelow, was instantly inserted into a main events against Inoki. Vader’s New Japan debut was a squash win over a tired and beaten Inoki (Inoki had just beaten Riki Choshu, but valiantly accepted the challenge from the monster newcomer) that led to the infamous riot that got New Japan kicked out of Sumo Hall until 1989.

After quitting WWF, Bigelow returned to New Japan and made it his primary home for the better part of the next four years (supplemented by working WCW, and later Herb Abrams’ UWF, in between his Japan tours). Upon his return, Bigelow was immediately matched up with Vader for a trio of bouts, the second of which is our match of the week. Bigelow would resume his rivalry with Inoki shortly thereafter, and would cross paths with Vader plenty more, including an IWGP title match in Osaka Jo-Hall and later forming one of the coolest and most intimidating tag teams of the era. The pair teamed on and off from 1989 to 1992, winning the IWGP tag team titles in the spring of ’92, before Bigelow left New Japan for good later that same year for his second WWF run.

Bigelow & Vader broke in at roughly the same time, and saw similar meteoric rises, with Bigelow becoming a major star first, before their careers overlapped in NJPW from ’88 until ’92, which was the period where Vader surpassed Bigelow and became one of the biggest stars, literally all over the world, including at one point holding major world tiles on three different continents at the same time.

Bigelow never quite met his lofty expectations, even though he broke through in America before Vader did. Bigelow received a huge break by being chosen to headline WrestleMania XI against Lawrence Taylor, and did a phenomenal job carrying Taylor to an excellent match. He never received the push he probably deserved coming off of that match (perhaps in part due to being on the wrong side of The Clique politically), and in fact slid down the card before leaving the promotion. While Vader continued main eventing all over the world, Bigelow spent the next few years bouncing around the American indies, working ECW for career long proponent Paul Heyman, and finishing up his major league career as a mid carder in late stage WCW.

Match of the Week (September 26): The Freebirds vs. Dick Slater & The Barbarian 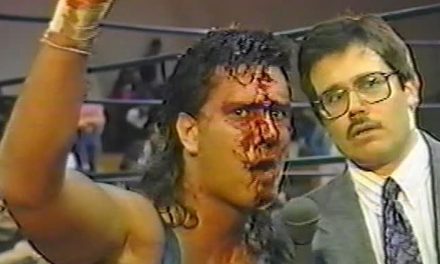 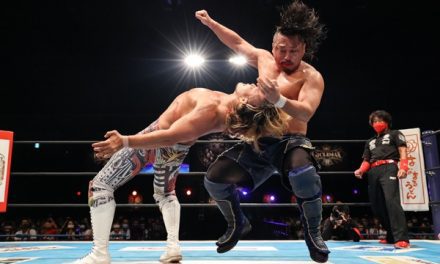 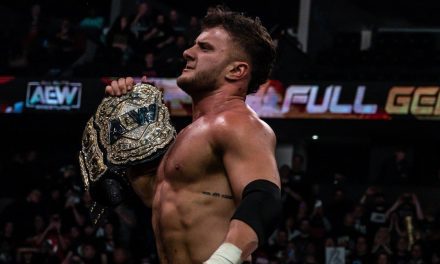