Why I’m Rooting for Saraya at AEW Full Gear 2022 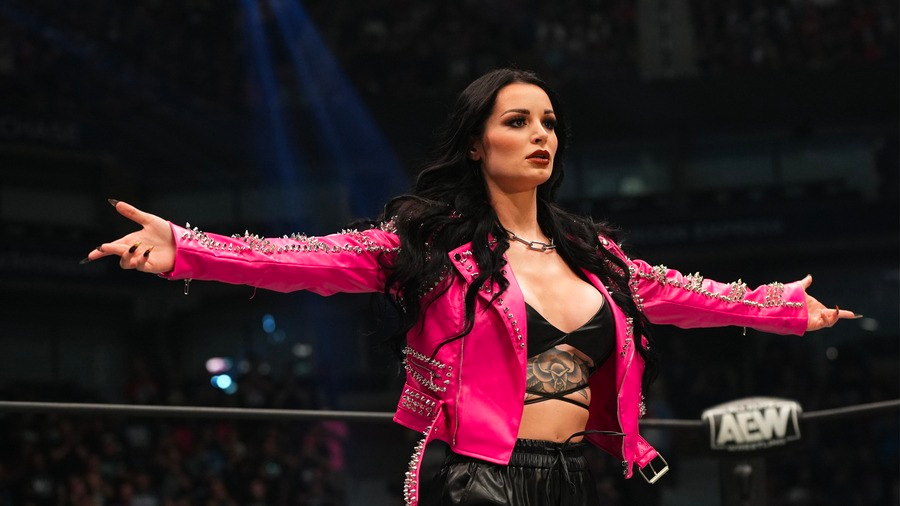 I have something to admit. While I fully recognize the problem with Saraya’s “Tokyo Dome” promo… I… didn’t hate it. In fact, it was one of the few times I’ve been emotionally moved by pro wrestling in years. It’s going to happen again most likely before the bell rings for the match at AEW Full Gear 2022.

Allow me to explain.

See, Saraya’s story is very different than mine in some stark ways (I haven’t had to deal with many of the things she went through in an unfortunately public manner, thank goodness), but at the same time, it is very similar. Just as it was for Bryan Danielson. They have one thing in common and it is the thing that I share with them. They were set up doing the exact thing they’ve wanted to do their whole lives and right when it seemed like things were really going their way, it was taken away from them.

Saraya’s story is well known due to the movie made about it. While fantastical for sure, it gives a pretty good rough outline of her having a dream as a teenager and then following it through wrestling all over the UK and finally making it to WWE and becoming an extremely successful member of that roster. She was one of the key pieces in that company that turned a collection of “Divas” into women… well, “Superstars.” (It’s WWE, you can’t expect but so much.)

My story, while chronicled here on this very site, is known by far fewer. See, I felt a calling as a teenager to pursue ministry and become a pastor. I went to Bible college, got a job at a hip, popular church in Washington DC. After a few years, though, I was turning my wheels doing things I enjoyed like graphic design, video editing, motion graphics, live production (I wore so many hats, y’all), but wasn’t tapping into the things I really felt called to do. I felt like I was gifted at preaching/teaching, like I had leadership and other kinds of gifts I was meant to share.

I moved on from there ending up in the little finger peninsula of Wisconsin, eventually leading a church there as its Lead Pastor. Everything was great, or would have been, had it not been for my health completely failing me. Right before I took over as Lead Pastor, the migraines I used to have frequently, but sporadically, became daily. That was around Memorial Day, 2014. Since that time, I have never been pain free for a single conscious second of my life. Every single day, I wake up with a migraine and every single night, I go to bed with one. It was only 3 years after taking the position that I had to step down and leave the workforce entirely.

So, you can see why her story resonated with me so much. Why Bryan Danielson’s retirement promo on that Seattle episode of Raw still brings tears to my eyes just thinking about it.

Why Chef’s Table season 2, episode 1 is one of my favorite episodes of any television show that has ever been made.

Unfortunately, though, the stories of Saraya, Bryan Danielson, and chef Grant Achatz all have something in common that I do not. They got a second chance. Saraya’s neck healed. Danielson was cleared. Achatz found a cancer doctor that saved his life and his palate (spoiler alert). Yet, here I sit, struggling to get this out not just because of the emotions it brings out, but because it hurts just so damned much to concentrate on written words.

We watch grown adults in their underwear pretending to fight each other for a multitude of reasons. Maybe it’s the violence, it’s partially that for me, I just love combat sports in general. Maybe it’s the way wrestling functions as a soap opera and tells long stories in a way that only those two mediums can.

But I think for all of us, at least those of us who started watching this as kids, it’s because we get an opportunity to watch these heroes in real life do things we could never dream of. I will never fly through the air like Rey Fenix or Will Ospreay. I will never be as strong as Claudio Castagnoli and be able to do these insanely impressive feats. I will never get to feel a crowd chanting my name and rooting me on.

We all live vicariously through the men and women who put their bodies on the line for our entertainment. As strange as it may seem, I especially do through Saraya this Saturday night at Full Gear. I related immensely as she talked on The Sessions with Renee Paquette about how miserable she was sitting around doing nothing. Now, she’s getting to do the thing I likely never will. She’s stepping back into the ring, doing the thing she was made to do, the thing that she has loved her entire life.

I so badly want to see her do well and thrive because she’s not just doing it for her. She’s doing it for all those who have been through hard times like Dusty never even conceived. She’s doing it for those of us who had the thing we loved more than anything taken from us and likely aren’t getting it back.

I share all this because seeing Saraya tell her story, albeit imperfectly, reminded me of just how powerful your story is. She certainly had no idea who might be watching and what they might be taking from it, just as I do the same now with you, the reader. (Perhaps all you have now are questions, like how did a Bible thumper end up palling around on here with the likes of Tinder Mahal?) Seeing her tear up talking about coming back made it awfully dusty in the ol’ family room. Share your story. You never know who you’re going to impact.

I’m rooting for Saraya. Not in the match, of course, let’s not get crazy here, Britt should win. But, in life, in this business, I’m happy to see her on her feet and I hope that she’s in a position to thrive. I’ll be cheering and booing along all the way. 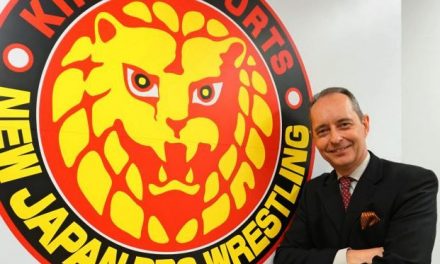 The Strong Styles of June 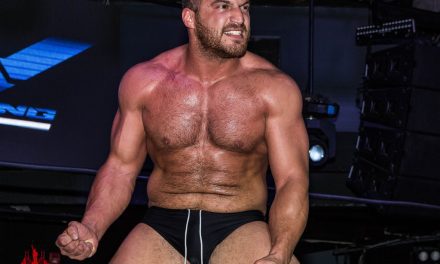