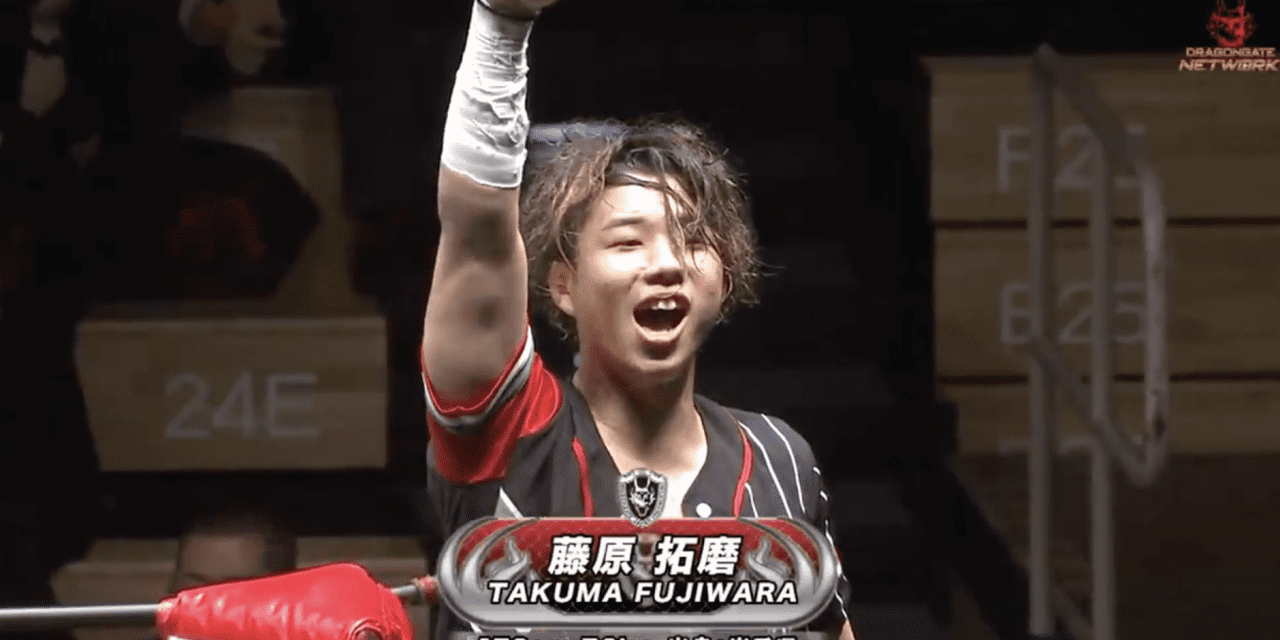 This was Yoshiki Kato’s first exhibition match. He is in the same class as Mochizuki Junior, Kaito Nagano, and Takuma Nishikawa, who is currently stationed in Mexico. For possibly the first time in Dragon System history, an exhibition math registered a fall, as Kato submitted Punch Tomianga with a Torture Rack. This garnered a noticeable reaction from the English commentary table with Dragongate Jae, who has seen everything, noting that he had never seen that before. Given the exhibition rules, the match continued after Tominaga submitted. Kato was rapidly in pursuit of a second fall when the five minute time limit expired.

Following the match, GM Ryo Saito came to the ring and announced that after this performance, Kato would make his official debut next month in Korakuen Hall. He will wrestle Madoka Kikuta. Kato, an ex-police officer from the Gifu prefecture, is the 13th Dragongate wrestler to debut since 2020.

The one-named brigade that Z-Brats rolled out proved to be far stronger than the dynamic Natural Vibes trio that they were paired off with. This was a showcase for the former Ishin Iihashi, now ISHIN, who became one-third of the Z-Brats-controlled Open the Triangle Gate Champions at Gate of Destiny a few days prior. The heels gladly took part in beating down on U-T, a perfect babyface to beat up, especially when you’re trying to make a point. Whereas any Z-Brats combination that sports Diamante and Shun Skywalker can come across as spectacular, even with their heelish efforts, this trio represented the more brutal side of Z-Brats. This was a slow-moving, albeit entertaining opener largely due to the work of the heels.

A Strong Machine J hot tag wasn’t enough for Natural Vibes to overcome the brutality from the heels. In the end, Jason Lee submitted to ISHIN’s Death Penalty submission. ***1/4

This was a Ryukyu Dragon Pro Wrestling offer match featuring three of their standouts and Shisa BOY, who permanently resides on the lowest rung of the Dragongate roster. This was a short, painless affair that highlighted Dragongate’s continued working relationship with the Okinawa-based promotion. Saver pinned Shisa BOY with the Crucifix Driver in 8 minutes. **1/2

Ladies and gentlemen, Kenichiro Arai had his working boots on tonight. This was way more fun than it had any right to be and it was on the back of Araken and Fuda, a frail old man and a young kickboxer, dishing out tons of punishment to one another. Fuda has had very little success during his first year in Dragongate, but I hope this performance gives him the key to the sleazy underworld of Japanese wrestling. Kenichiro Arai vs. Ryu Fuda in Dragongate is a match, but Kenichiro Arai vs. Ryu Fuda in HEAT UP is A Fucking Match.

Fuda suffered defeat by way of Araken’s Cravate Package, which looked like something straight out of the Chris Hero playbook. I had a ton of fun watching this. **3/4

The foundation that M3K was built on is slowly starting to crumble. They were betrayed by ISHIN earlier in the week, and now the dynamic duo of Masaaki Mochizuki, the overprotective father, and Mochizuki Junior, the son trying to keep his head above water, has shown a sign of weakness.

This match was very fun while it lasted, even though it failed to reach the 4 minute mark. Junior got out to an early advantage on the veteran, but Fujii proved to be too cunning for the youngster. On the floor, he launched Junior into his father, then later, as the four-time Dream Gate Champion looked to trap Fujii on the apron to give his son an advantage, Fujii avoided the attack, sending Junior into his dad and then giving Fujii a chance to roll him up with the Gedo Clutch for the win. **1/2

Up to this point, Junior has been unable to win without the help of his dad. Now, even that strategy isn’t working for M3K.

For a tag match featuring Problem Dragon and Takashi Yoshida, this was very good.

Now, that isn’t exactly the highest of praise, but this match turned into a pretty fun affair with Problem Dragon getting a number of shockingly close near-falls on YAMATO. The job squad hung around just long enough for High-End to get fed up and eventually dump Problem Dragon on his head with a Galleria. On a smaller show, this may have dragged and left me feeling depleted, but Korakuen Hall gave this match a certain amount of energy that I found to be quite enjoyable. ***

Takuma Fujiwara is not from this planet. The only logical explanation for his talent is that he’s machine-made. He’s a scientific achievement that should be applauded, but no part of this man is real. I use the word “man,” although in reality he is still only 20 years old and won’t hit the legal drinking age in America until February. I have criticized Eita many, many times over the years for taking a backseat in matches when he should be the focus, but Eita rightfully dipped into the shadows and gave Fujiwara a chance to showcase what he’s learned while training in Mexico. Before leaving his homeland, Fujiwara was getting known for his massive caperana to the floor. In his two matches back in Japan, he ditched the moonsault for a Fosbury Flop dive over the top. It wiped out Eita at Gate of Destiny, and here, seconds into the match, he took out both Doi and Kondo with it.

Every bit of value that Fujiwara has was shown in this bout. His thrilling offense, his high-flying that teeters between being reckless and calculated, and his selling all jumped off the screen. He took a beating from Kondo. Every big strike that the 20-year veteran threw at Fujiwara, the rookie ate at full force.

Right when it looked like Kondo had finally exhausted the young whippersnapper with a short-range King Kong Lariat, Fujiwara kicked out, which caused Korakuen to stir. He had, by that point, survived a Bakatare Sliding Kick and a King Kong Lariat. A second lariat from Kondo, this time with Kondo bouncing off the ropes, did the rookie in.

Fujiwara still has one more match on his brief Japan stint before returning to Mexico and unfortunately it’s happening on the dreaded Dragongate x NOAH crossover show. Anything could happen there, and my gut tells me that I’m not going to like anything about it. As for his two proper Dragongate matches, they couldn’t have gone better.

Takuma Fujiwara is going to be a really, really big star. ***1/2

Owning two veterans like its just another day at the office #TheGateOfEvolution2022 pic.twitter.com/fvc8RWQBWv

This couldn’t have been any better.

Dragongate’s most legendary trio faced off against the company’s current hot trio and this ended up being way better than I thought it was going to be. This incarnation of M3K – the original M2K without Mochizuki Junior – has felt old and out of place. Even Masaaki and Susumu, seemingly two ageless wonders, have been dragged down by doing their gimmick from 20 years ago in the context of modern Dragongate. This, however, was a 12 minute encounter full of generational hatred that gave the veteran trio the spark that they needed.

For most of this match, Madoka Kikuta was the undoubted star. He has been such a revelation in D’Courage. When he first returned to the ring after his year-long absence, I thought Dragongate made a huge mistake by turning him face. I didn’t think he would be able to figure out a way, at this stage in his career, to show intensity and still be likable. I was woefully incorrect. As the muscle of D’Courage, he has become a brilliant babyface and a vital part of Dragongate’s hottest act.

Their leader, Dream Gate Champion Yuki Yoshioka, was marvelous down the closing stretch, as well. He shook off a middle kick from Masaaki and a lariat from Susumu, but was taken down by the John Woo dropkick from Kanda. Unphased, he popped right back up and suplexed Masaaki. He ran into a Roundhouse Kick from the four-time Dream Gate Champion, but bounced off the ropes and came back to clean his clock with the Battle Hook lariat.

Yoshioka connected with an Inferno and a Darkness Buster and looked to have the match won with a Frog Splash, but Masaaki got the knees up and rolled Yoshioka over for a flash pin victory. This is the best “M2K” match of the year, without question. ***3/4

If Z-Brats had it their way, they’d be the only unit remaining in Dragongate. For months now, they’ve had their sights set on ending the happy-go-lucky ways of Natural Vibes, and now, given the recent positive changes that have come Gold Class’ way, Shun Skywalker is now out for their blood as well. This match was everything that you’d want it to be, and over 20 years after the first match of this style, Dragongate remains the only promotion in the world that can do something like this.

The story in the early going when all three teams were active was the continued dominance of Skywalker and Diamante as a tandem. They ran roughshod over everyone, notably the two smallest wrestlers in the match, Kamei and Minorita. I think Dragongate would be foolish not to book Diamante vs. Minorita in a singles match at one of the two December Korakuen shows. That has very much become A Thing and I think after a tough year, everyone deserves to see Minorita get launched into orbit in a singles match.

Despite Big Boss Shimizu’s attempt to take control of the match and landing a Double Samoan Drop with Ben-K and Shun Skywalker on his back, Natural Vibes were the first eliminated after Kamei ate a barrage of kicks from Hulk and a double knees moonsault from Skywalker.

Minorita once again stole the show down the finishing stretch, launching his 5’1” frame at Dragongate’s version of the Road Warriors and failing miserably in the process. He took an ungodly beating from Shun and Diamante, something that will only continue to endear him to the fanbase as time goes on.

The Gold Class sidekick kicked out of the double-knees moonsault that pinned Kamei, but fell victim to an SSW to put a bow on the main event. ****1/2

Ben is goated for catching someone as big as Diamante on that dive #TheGateOfEvolution2022 pic.twitter.com/LTs3RwvEAd

During the post-match promo, YAMATO came down to the ring to defend High-End’s honor as they were being trashed by Shun Skywalker. With Kagetora injured, Ben-K in Gold Class, and Keisuke Okuda out of the company, YAMATO and Dragon Kid realized they needed some help. That brought out Problem Dragon and Takashi Yoshida, who proudly offered to step up and fight alongside two of Dragongate’s biggest stars. Amazingly, YAMATO agreed to team with them.

Dragongate is full of new faces, but the unrelenting quality of the product remains the same. The new generation tackled one of Dragongate’s signature matches and passed with flying colors. After a rocky undercard, the final few matches on this show delivered just like you’d hope they would. Thumbs up for Gate of Evolution 2022. 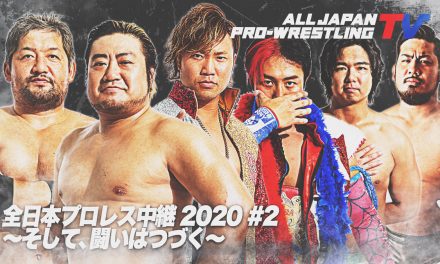 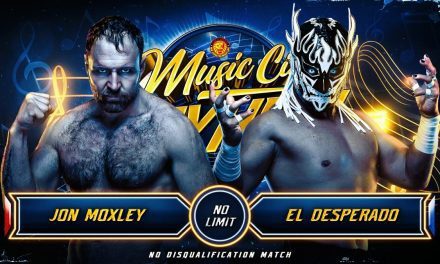