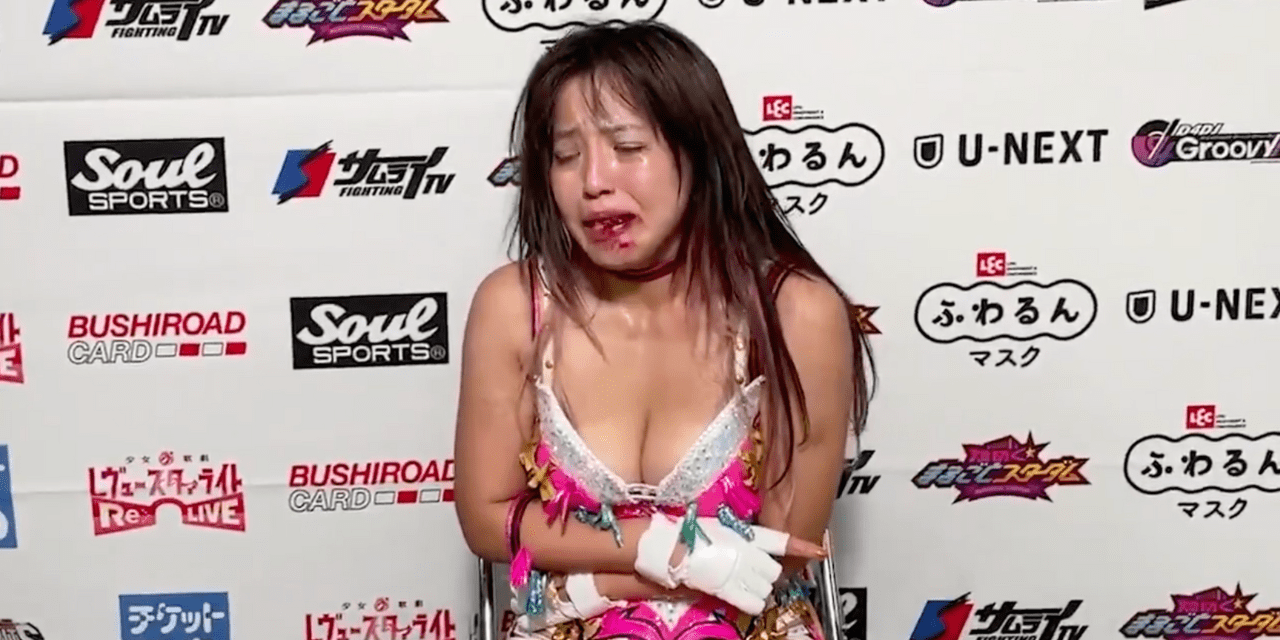 Dreams are what keep people going. They’re what push people to reach higher, to bet on themselves, and to inspire. We all dream every single day of our lives. It can be as simple as dreaming about what you’re going to have for dinner over the weekend or it can be as deep as having a dream of where you want to go in your career. That’s the beauty of dreams. There’s no limit to where the mind and personal drive can bring you because oftentimes, you can achieve them if you are dedicated to doing so. However, it’ll take some time. No one is learning that firsthand more than Mina Shirakawa, who has transformed herself as a professional wrestler inside and outside of the squared circle. The improvements have shown instant results and there’s going to be a day she can reach her ultimate dream — becoming Wonder of Stardom Champion.

Following her valiant effort against Saya Kamitani at Thursday’s Hiroshima Goddess Festival, all Shirakawa was left with was broken teeth, an injured jaw, pain, and another difficult loss. But it’s what she said after the match, with tears in her eyes, that hits home for many more than just her career-defining match.

“Why is it that what I want is so far away and I can’t get it,” Shirakawa said in her post-match promo, as translated by @Himanshu_Doi. “Is that why I want it so much? It’s frustrating. I can’t help being frustrated! But no matter how many times I thought I couldn’t do it anymore, that’s what made me keep on living to grasp hold of my dreams because dreams are my hope. That’s why if I don’t show fans that I’m going to crawl out of this hell, I’m not a pro wrestler.

“I lost my teeth along with my jaw and I couldn’t even take the belt! It’s really an explosion of sadness. I will definitely shake off my fatigue. To become the hope for everyone to live is what keeps me going. I’ll start over again and get strong. Thank you very much.”

Shirakawa has done everything in her power to reach this moment again. That’s why this promo hits home a bit extra besides the obvious pain that she’s going through. It was a year ago when she came up short against Tam Nakano in her first challenge for the Wonder of Stardom Championship. She channeled an inner “Bloody Angel” to try and reach Nakano who had been so focused on all of her past friends and foes rather than someone like Shirakawa, who was not only her stablemate but her friend. As the “Bloody Angel,” she found nothing but failure as The Cosmic Angels leader sent her packing. When Shirakawa entered the Cinderella Tournament earlier this year, she thought it’d be best to channel the “Bloody Angel’ once more. Why? Maybe because she didn’t believe in herself to reach the mountain top.

She was eliminated in the first round by the eventual winner, MIRAI.

Shirakawa was willing to dream of these moments but wasn’t trusting her true self to get there. Instead of giving up, she hit the gym and upped her game. She’s posted videos of her training for months now, adding new strikes to her repertoire and developing a flawless technical mindset with the Figure Four Leg Lock being her new road to victory. We didn’t get to see the training as in-depth in the lead-up to the 5STAR Grand Prix but it was in the tournament that she demonstrated how much improvement she’s actually made.

“Dreams are my hope.”

They certainly were, as she opened her tournament with a bang by defeating former Wonder of Stardom Champion Momo Watanabe. A colossal win for her and one you could feel meant more to her than meets the eye. The 5STAR Grand Prix continued and while it wasn’t all sunshine and rainbows, it was evident she had gotten better. Shirakawa did the same thing in last year’s 5STAR Grand Prix as well, using the tournament to naturally get better but this year was a different ballgame. That’s all to bring us to her match with Saya Kamitani at Korakuen Hall.

This was a different Mina Shirakawa. One driven by her dreams but one who knew she could win. She believed in herself and what she brought to the table as Mina Shirakawa and nothing more. And in doing so, she had the match of her life while also defeating the reigning Wonder of Stardom Champion clean in the middle of the ring. If the Korakuen crowd could have cheered, the roof might’ve flown off in excitement because they made plenty of noise despite the restrictions in place. Shirakawa earned the biggest win of her career in the performance of her career. And most importantly, she had a claim to her dream once more. The Wonder of Stardom Championship was in her sights once more.

The match was set. Hiroshima Goddess Festival. Saya Kamitani vs. Mina Shirakawa for the Wonder of Stardom Championship. And as we saw Thursday, she was more than ready to achieve her dreams.

Destroy the leg. Target the leg. Attack the leg. The plan for Shirakawa is what we saw in the build-up. She made Kamitani tap in a house show tag and knew she could do it again. The art of limb work isn’t something to mess with. You can either do it or you can’t. And Shirakawa can do it with the best of them because she put in the work to reach that level. The right leg of “The Golden Phoenix” was the victim of Shirakawa’s attack, as every Dropkick and Dragon Screw weakened Kamitani and strengthened Shirakawa’s dream of coming true. You could feel the pain Kamitani was experiencing but at the same time, it was nearly impossible to root for her with how Shirakawa attacked this match. She had eyes on the prize and believed in herself. All respect to that.

Mina had it. She had it! The Cosmic Angels member locked in the Figure Four not once, but twice. She even hit an Impaler DDT to Kamitani from the top rope, spiking her right on the top of her head but all it resulted in was a two-count. It was the second time she locked in the Figure Four which looked to be the end of Kamitani’s title reign. Screaming in pain and agony, Shirakawa’s dream was about to become reality like so many other talented wrestlers before her. You can sense a lot of Tam Nakano’s influence in how she carries herself. It’s led Shirakawa to get better and needing to reach the mountain top as Nakano did. But again, Kamitani survived the Figure Four and the dread had to kick in for Mina.

Glamourous Driver MINA is what Shirakawa used to defeat Kamitani in the 5STAR Grand Prix so that’s the only place she could go next. That’s when her chances of finally becoming Wonder of Stardom Champion faded. Kamitani had the wherewithal to turn the match around, hitting two Star Crushers. When Kamitani went for the Phoenix Splash, she missed the first time but Shirakawa was down and out. She had nothing left. As Kamitani came crashing down on the second attempt, she went knee-first into Shirakawa’s mouth, which of course, is why we saw the blood of Shirakawa as she cut her emotional promo. Shirakawa was unable to succeed in this journey to the Wonder of Stardom Championship. But she didn’t fail. And that’s why her words after the match hit me and so many others so much.

“I will definitely shake off my fatigue. To become the hope for everyone to live is what keeps me going. I’ll start over again and get strong.”

The mentality to be great is there. The mentality to be Wonder of Stardom Champion remains even in what may have been the worst moments of her career. Her dream to inspire those who cheer her on is admirable. It’s why so many support her, to begin with. Mina Shirakawa isn’t the champion now. The dream hasn’t been reached. That doesn’t mean it never will.

As someone who has been openly critical of Shirakawa in the past, I can not only respect what she’s done to improve but I can applaud what she’s done. Shirakawa put in the work to make her fans proud. But it has done much more than that. It’s made me a fan and someone who hopes she can achieve her dream someday. The Wonder of Stardom Championship is a title that has driven so many wrestlers to be better. To be the best version of themselves. Dreams don’t always come true. But based on what we’ve seen with Mina Shirakawa over the past year, she will continue to grow and rise until she can call herself a champion. That’s why she won’t give up. She’s standing up for those willing to dream. Willing to bet on themselves. Willing to put it all on the line.

And that day will come when she raises the title above her head in glory. It has to.

What a performance, what a promo, and what a great professional wrestler. This promo should go down as one of the very best of 2022, if not the best. Mina Shirakawa has my respect and she should have everyone else’s too. Her day with the Wonder is coming and I can’t wait to see it happen. 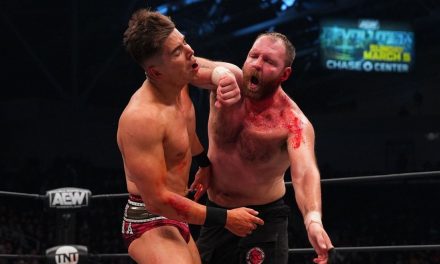 Strengthening Rampage with a Look to 1990 WCW 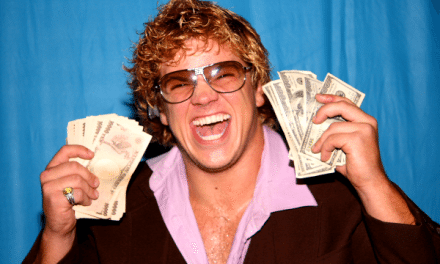