The Good, The Bad, and The Hungee: AEW Dynamite (October 26) 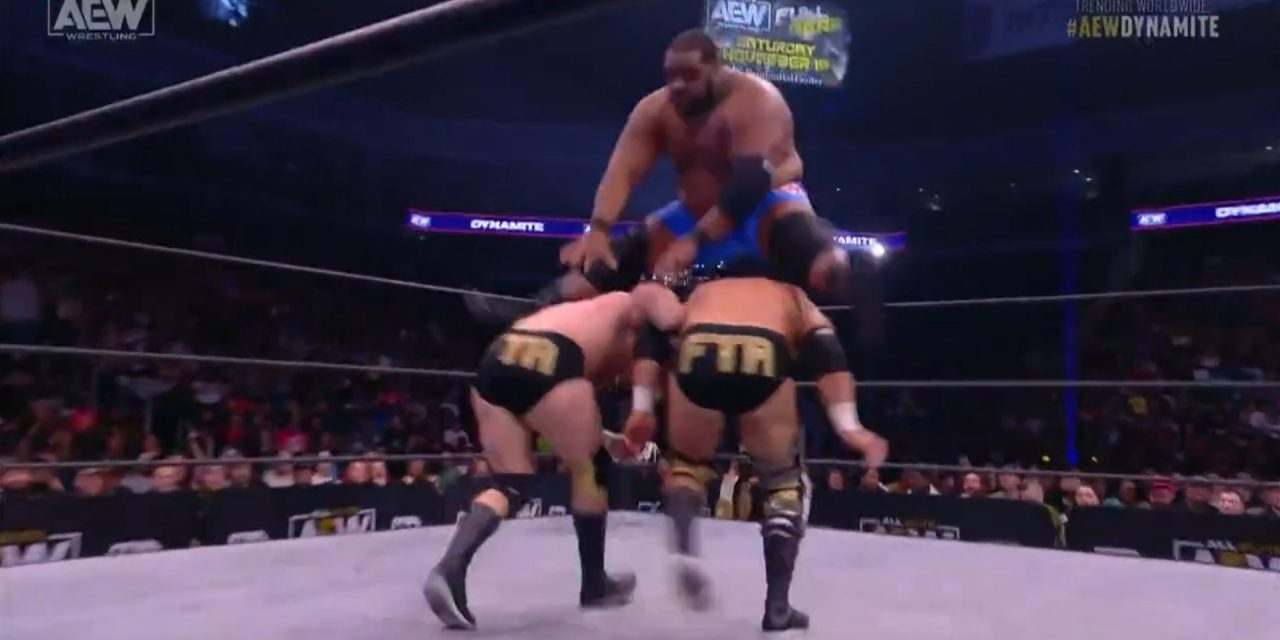 The storytelling on this show was very much focused on MJF again. His promo with Renee wasn’t his best stuff but was still very fun – the interactions these two will have over the years should be very enjoyable. His acting conflicted about helping Moxley was a bit too over the top – though that could be a CLUE – but the crowd ate it up. It was a very effective segment.

So the question you’re left with after this episode is if the beatdown on MJF was all part of a swerve with The Firm. You should never trust the MJF character, so there’s not much of a reason to sit there and think that he was above taking a beatdown just to trick someone. But on the other hand, he took a lot from Morrissey and company, more than you would expect from an “I told you to beat me up” angle.

I really liked every match from this show, which is borne out in my match ratings. This was a really strong card on paper, and it delivered in reality. My highlight on the night was the FTR vs. Swerve In Our Glory match – it didn’t get close to the highest level stuff FTR has done this year, but I thought it was still a very exciting bout with Keith Lee getting several very impressive spots in.

Bryan Danielson and Sammy Guevara felt like they were building to a great 25-minute match but ended it at 15. It was still really good but felt like a great sampler than a finished product. I think Sammy Guevara’s very much fallen off his “Four Pillar” pace from about 18 months ago, and he still hasn’t recovered.

Tune in to #AEWDynamite LIVE on TBS! pic.twitter.com/SXmWkzCIu2

Jamie Hayter and Riho put on a very impressive match. It wasn’t the crispest you’ll ever see, but the successes heavily outweighed the failures to me. Penta & Moxley was a very enjoyable and very intense match. The opener was about the definition of a 3 ½ star match, which is never a bad thing.

I also really liked how the Danielson/Yuta backstage segment went. It felt chaotic, and I liked how it was shot. Making more of the show area feel like part of the show, rather than just the ramp, ring, and one backstage area, leads to a more dynamic show.

The build to Darby Allin vs. Jay Lethal has been very solid.

In an attempt to keep this portion from being empty – the Saraya and Britt Baker segment was very weird and felt rushed.

The technical issues with the backstage Jericho Appreciation Society promo ruined what could have been a good promo, but did give us a view of the back of the head of a stagehand.

We got our first tease about the return of The Elite. Fittingly for those three, it was very meta, working off the idea of them being erased. It’s natural to wonder if this is some kind of gimmick shift. I can’t imagine them doing much beyond being over-the-top jerk heels or beloved babyfaces. This is probably a greater failing of my imagination than anything else.

Eddie Kingston being over the top about how very much fine he is was enjoyable.

It seems like William Morrissey is going to be the top guy in The Firm, but he’s not established as a main eventer. I think we’re working backward here – rather than getting Morrissey over as a major threat surrounded by this stable, which would then give the stable credibility, we’re using the stable to get him over as such. Maybe it’ll work, but this is a stable without anybody who is over as a star.

8/10. Everything that had any amount of time devoted to it was really good.

FTR. They’re having a great year and work well with SIOG to put on a very good tag match. 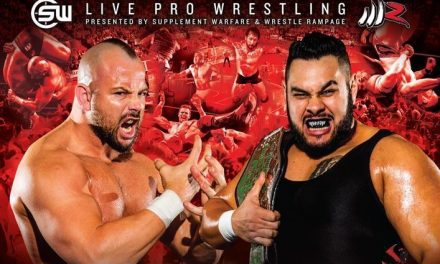