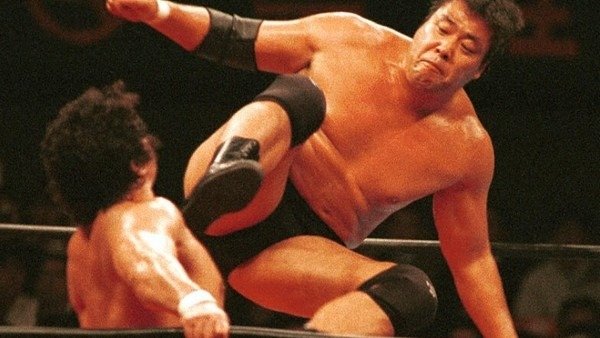 The 1980s was All Japan’s first full decade in business. The company would see many changes throughout it, from foreigners jumping from New Japan to All Japan and vice versa, and in the middle of the decade, the Ishin Gundan/Japan Pro Wrestling invasion led by Riki Choshu.

Throughout all this, the in-ring style of the company dramatically changed and the company’s evolution through the 1980s laid the ground for many things in puroresu we take for granted today. The company went from a heavily American-influenced product to something all its own.

This was Brody’s first singles match with Baba, and not surprisingly, it was a brawl. Baba, to his credit, took some sizable bumps and weapon shots here, just a day before his 42nd birthday. To get the win in this two-out-of-three falls match, Baba hit a crossbody off the top, which did not look pretty, but it looked effective.

In my humble opinion, this match is really one big angle, but it is the greatest debut of a wrestler jumping from one company to another of all time. In a shock to everyone, including his previous employer New Japan, Stan Hansen accompanied Brody and Snuka to the ring in their match against The Funks, which would also determine the winners of the 1981 Real World Tag League.

The commentary team and the crowd went wild once they realized the large man in a cowboy hat that came out with Brody and Snuka was Hansen. And the match itself was pretty great, especially once a Hansen Lariat knocks out Terry at ringside and Dory must fight on alone as a valiant babyface. And in a surprise finish for this point in time, Dory does a fairly clean job here to Brody.

With the heels victorious, the angle at the heart of this gets amped up to eleven when Giant Baba and Jumbo Tsuruta charge the ring to save Dory from a post match beatdown. Just watch every last second of the post-match angle. To me, this match encapsulates everything great about pro wrestling.

We continue here less than three months after the previous match on this list with the first-ever singles match between Baba and Hansen.

With each passing year on this list, Baba slows down more and more. That’s really apparent here, but frankly, it barely matters. The crowd was electric in this and all Baba needed to do was throw chops and big boots and Hansen would do the rest. Even if the middle of this match was slow and featured a lot of holds, it still felt like an epic encounter.

That this would end in a double DQ didn’t feel cheap, given how heated the match and the angle leading up to it was. They would continue an on-again, off-again, feud over the PWF Heavyweight Title until 1985 when Baba moved himself out of the main event scene.

You can’t talk about 1980s All Japan without at least touching on Onita. He was practically an adopted son to the Babas and was groomed to be a Jr. Heavyweight star in a company that never really had one up to this point.

You can already see some of the charisma that would make Onita a superstar in the 1990s here. But what may surprise you is just how nimble and athletic he was before suffering a freak knee injury that would lead to his first retirement. He was more than capable of hanging with an accomplished lucha technician like Dos Caras.

The Jr. division in this period was not immune from the same kind of booking as the heavyweights, as this match ended in a double countout. But still, if you’ve never seen Onita in All Japan, you need to check this out

Much like he paid for his three NWA World Title reigns, Baba would buy a world title reign for Jumbo, but in this case, it was the AWA World Title.

As an added bonus in this match, Terry Funk, dressed like he’s a Blackjack dealer or something, was the special guest referee.

While a very good match, this was not something that would be in either man’s top 10 list. However, it was of great historical significance to finally see Jumbo beat a major American star and win a world title and the crowd reaction to Jumbo’s win confirmed that. Jumbo had finally arrived at the top and would soon undergo a character shift, giving him a harder edge as the decade progressed.

Since we talked about Onita’s Jr. run, we need to talk about Mitsuharu Misawa’s Jr. run as the second incarnation of Tiger Mask as well.

This match received ***** from Dave Meltzer back in 1985. Some have said it hasn’t aged well, but if you’ve watched enough wrestling from this period, especially from Japan, you realize that this was state-of-the-art for its time. Kobayashi is a wrestler who never really gets his due as someone who helped to forge the Jr. Heavyweight style that developed into the 1980s and really reached its zenith in the 1990s.

Another important element of this match was that it was part of the Japan Pro Wrestling/Ishin Gundan invasion angle which had begun the previous year when Riki Choshu and company jumped from New Japan to All Japan, adding heat and stakes to this match.

While Misawa had proven he was a tremendous talent in the ring, it would be another five years before he truly reached the next level.

In many ways, this was the pinnacle of the All Japan vs. Japan Pro Wrestling/Ishin Gundan feud. While this feud not only reenergized All Japan’s business, the style of wrestlers like Choshu and Yatsu would push the company in a faster-paced direction that more resembles wrestling today, instead of the traditional mat work and grab-a-hold style that characterized many older All Japan main events.

The crowd was rabid throughout and helped to make this feel like a very special match. This was the second match these two teams ever had, and this is often remembered as one of the greatest tag matches of the 1980s. These teams would continue to feud through until early 1987 when Choshu and most of Ishin Gundan would jump back to All Japan, and almost all of their matches are worth a watch, with plenty of debates of just which one was the best.

As we enter the late 1980s, we have to talk about The Road Warriors. They were as big a phenomenon in Japan as they were in the United States. While they participated in their fair share of squash matches in Japan, they also had to work in relatively longer matches (for them) against top Japanese stars. They also sold a lot more against those top stars in Japan too.

This was also the debut of The Olympics which would be a mainstay of All Japan’s tag team division in the late 1980s. Yatsu was one of the few wrestlers who jumped with Riki Choshu to All Japan from New Japan but didn’t jump back. That’s because the jump back to New Japan occurred when Yatsu was training to try to make the Japanese Olympic wrestling team for 1988, after having gone to the 1976 edition. The International Olympic committee disqualified Yatsu from the 1987 Asian Wrestling Championships because they declared he was a professional athlete. This ban on pro wrestlers would be lifted later. Jumbo himself participated in the 1972 Olympics, so the name of this team was a logical thing.

If you’ve never seen The Road Warriors in Japan before, this is a must-watch to see both their familiar style but also how they adapted in a different setting.

This was the coming out party for someone we will see a lot more of on this list later – Toshiaki Kawada. Tenryu’s original 1988 Real World Tag League partner was supposed to be Ashura Hara, but his big gambling debts got him fired from the company. As someone who got slotted in at the last minute but had never advanced beyond the undercard, Kawada was eager to make a big impression, and boy, did he.

While Kawada wasn’t the Kawada we think of today – he still wrestled a Jr. Heavyweight influenced style and wore gray leopard print – many of the elements that made him iconic were present in this match like the intensity and incredible selling.

The structure of this match was also great. Tenryu and Kawada really took it to Hansen and Gordy early on, but later out of frustration, Hansen would destroy Kawada’s knee leaving him immobilized on the floor. That allowed Hansen and Gordy to finish off Tenryu to win the Real World Tag League and the vacant World Tag Team Championship.

Given the way that many finishes had been happening in All Japan up to this point, to see the big native star take the pin in this was unexpected and a smart piece of booking that helped to set up 1989, which would be the biggest year of Tenryu’s career up to that point. And with the Newborn UWF now in full swing, Giant Baba had wisely entered the era of clean finishes in every match.

The change in All Japan’s in-ring style led up to this point.

Welcome to the birth of King’s Road.

This was the culmination of the split between Jumbo and Tenryu that began in 1987. With Riki Choshu returning to New Japan, All Japan needed a new top native star vs. native star program at the top. By this point, Tenryu was basically a cool heel. He had formed an alliance with Stan Hansen and he also had his Revolution stable. But when you watch this match, Tenryu was clearly who the crowd wanted to win. And he even refused to shake Jumbo’s hand after the match, but the crowd didn’t care.

While this didn’t have the head drops and wild bumps that marked All Japan in the 1990s, the main formula was there. A hot start followed by a steady escalation to each man throwing huge bombs in the closing stretch. While the Four Pillars would try to top this match from an athletic and spectacle standpoint, there is something great about the simplicity of this match and it stands the test of time.

This was the perfect sweet spot of a story that spanned two years but didn’t end up going too long. It was the perfect time to finally have Tenryu beat Jumbo, and from this point on, Tenryu was a made man. However, the longer arc of the Jumbo vs. Tenryu feud would be cut short before it fully ran its course when Tenryu jumped to SWS in April 1990. From that point, a new and legendary generation would emerge in All Japan.

Special thanks to the Classics of All Japan YouTube channel for uploading these matches. 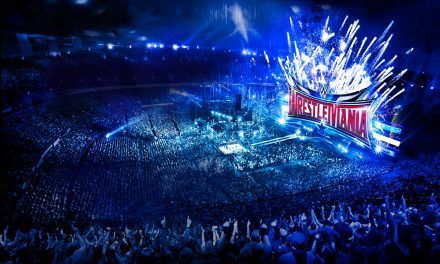