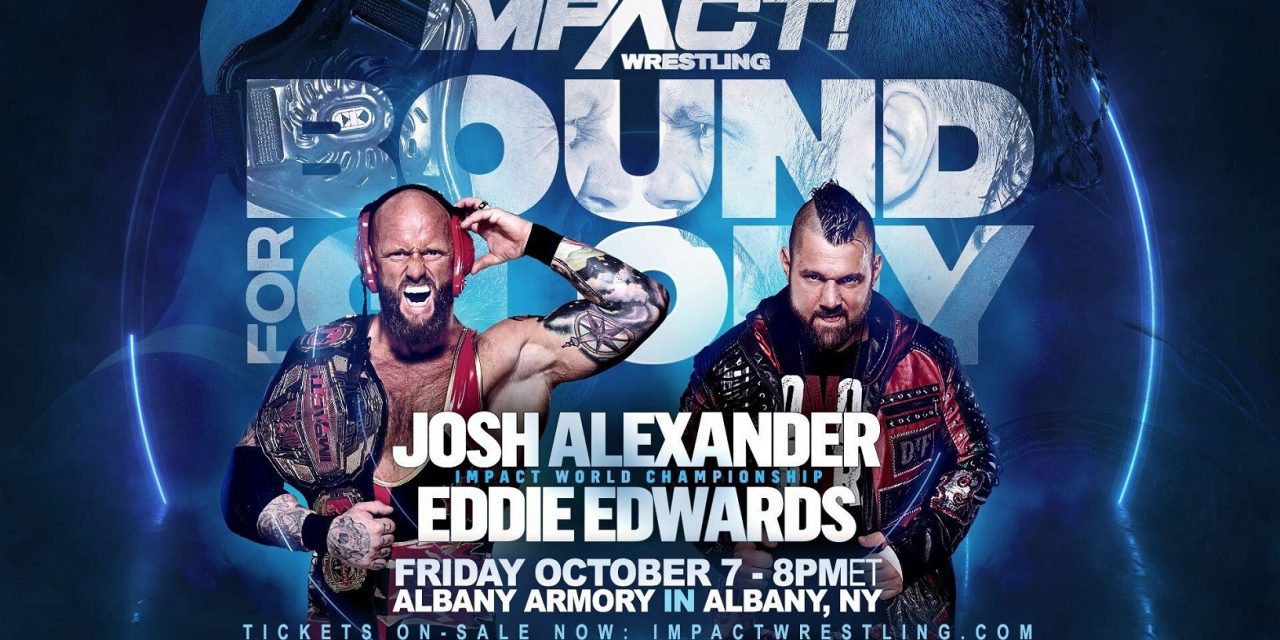 Impact Wrestling returned to PPV this past Friday for their biggest show of the year, Bound for Glory. Emanating from the Washington Avenue Armory in Albany, New York, the event was headlined by Josh Alexander defending the Impact World Championship against Honor No More leader Eddie Edwards.

Although it was a very Hogan/Bischoff-era looking setup, the crowd looked healthy. At times they seemed particularly quiet, although I’m not entirely sure whether that was them being flat or a production issue on Impact’s side. Either way, for a show that had almost no buzz online going in, Impact seemed to draw a pretty decent number.

Commentary from Tom Hannifan and Matthew Rehwoldt, who are one of my favourite tandems in wrestling right now.

Dirty Dango was the man to answer Brian Myers’ Open Challenge for the Digital Media title, making his first Impact appearance in 18 years in the process.

After a decent pop for Dango’s entrance, the crowd were resoundingly quiet for what was an absolute nothing match that I’ll never think about again. Dango, whose current gimmick is a poor man’s Rick Rude, did a lot of gyrating and had a couple of hope spots before getting finished with the Roster Cut lariat. **1/2

The other half of the Bound for Glory pre-show was devoted to Raven’s Impact Wrestling Hall of Fame induction. It was a nice moment for someone who made the leap to TNA in the early days and made a genuine difference to their viability as a promotion. Raven did seem genuinely nervous but his speech was good and he was able to leave the crowd happy by hitting an Evenflow DDT on Tommy Dreamer.

One of the things I’ve always been a mark for is wrestlers making an effort with their entrances and attire for a big match. I’m not sure why but attempts to convey that sense of occasion have always popped me. Here, you had both guys do it, albeit with varying success. Frankie Kazarian donned the black and green pants he wore during previous title reigns, while Bailey showed off his karate skills by awkwardly kicking wooden planks on the entrance ramp. I get the idea but it was like an old school ESPN novelty sport video, it got no reaction from the live crowd and it looked tinpot.

As a match, this was very good but for my money didn’t quite hit the heights of some of Bailey’s other title matches. There were some lovely spots throughout though, such as Bailey’s springboard moonsault and reverse rana and Kazarian countering the rapid-fire kicks into a submission hold.

When Kazarian became the first person in Impact to kick out of Ultimo Weapon, I assumed that was his ‘victory’ and that Bailey would go on to win. I was proved wrong though as a Flux Capacitor and second Cutter of the match allowed Kazarian to lock in the Chickenwing and secure a fifth X-Division title reign. ***3/4

Mickie James’ career will run to at least one more match after coming through against Mia Yim here in the fourth contest of her Last Rodeo tour.

Running a little over 10 minutes, this told the story that James wasn’t quite at the level of the younger generation but she’d got just enough to still come out on top. Yim worked over James’ left knee but also sold the emotion of not really wanting to end the career of a woman she’s got shared history with. In the end that emotion did for Yim as she got goaded into a second Cannonball. James dodged it before hitting a MickDT to secure the win.

All in all a good match but one that didn’t quite deliver to the level I was expecting going in. I wonder now whether they move James through to the title picture for the next PPV, Hard to Kill, in January. ***1/4

I had a real moment of confusion during The Death Dollz entrance as Taylor Wilde was listed on their lower-third graphic. She would have definitely added some quality to this match but alas we had to wait a little longer to see her return to the promotion.

To my surprise, this wasn’t awful. I’m not saying it was particularly ‘good’ or memorable but it was a solid enough match that followed a fairly basic tag formula and told a decent story. The Death Dollz are not my cup of tea but the crowd were into it and they popped big for them getting the win.

Given that Chelsea has been working on a per-appearance basis and Deonna recently asked to renegotiate her current deal, could this be the end of VXT in Impact? **1/2

After a somewhat slow start during Taven and Bennett’s heat segment, this picked up massively down the stretch as the Guns once again showed why they’re in the conversation as one of the very best two or three teams in the world right now.

Although I do think this rocked and my assessment more or less lines up with those of the Cagematch inmates, I must admit that I jacked up my rating by a quarter star because of Chris Sabin’s cheeky wink to camera after a perfectly executed suicide dive.

Unsurprisingly for a match involving the OGK, there was Maria involvement in the finish. It looked as though it had backfired when Mike Bennett hit her with a Superkick but the ensuing confusion allowed Taven, the legal man, to roll Sabin up and pin him with his feet on the ropes. The finish gives them plenty of scope to run it back and also indicates that Taven and Bennett will be sticking around for a little bit longer at least, which is absolutely the right call. ****

You don’t need to adjust your eyes, you are reading the sentence above correctly. In his first appearance in Impact Wrestling in seven years, Bully Ray won the Call Your Shot Gauntlet to secure a future match for any title of choosing. TNA lives, after all…

With Battle Royals it’s almost impossible to review them without recapping who came in and when, so here’s the York Notes summary of the match:

The final four were Steve Maclin, Rich Swann, Bully Ray and Bobby Fish. Maclin eliminated Fish and Swann to take his tally to five before then being pinned by Ray in the final two.

All in all this was well worked, standing as the best of the four Impact have done. They saved the surprises for the second half of the match, ensured that rivals came out after each other to further angles and set up something for the next cycle between Callihan and Young. Although they definitely continued the elevation of Maclin, who I now think main events Hard to Kill, I hate the booking of him being pinned by Bully Ray of all people. Who is that for? Who does that appeal to? **1/2

The work Jordynne Grace has been putting in to improve her look paid off in spades here as she hit the ring in the best shape of her career. Honestly, she looked fantastic and I’m confident in saying that this was the best match of her career.

Slamovich hitting a Deadeye on the apron in the opening couple of moments was indicative of the intensity these two brought from the outset. Not only did it befit the feud but it also fired up the audience and got them heavily invested.

Down the stretch of what became a ‘throw big bombs at the other person until one of you falls down’ match, both women kicked out of each other’s finishers. Grace was the one able to dig deeper to secure victory, an Avalanche Grace Driver doing the business. A couple of small gripes stop me going any higher with my rating but this was superb. ****

Given the influences and inspirations of these two men, it was no surprise that they leaned into that Japanese main event style to deliver a great main event.

I was worried that the Edwards family melodrama they’d weaved into the build would become a factor in the match but it didn’t. Instead we got the best Eddie Edwards straight singles match in a long time and another brilliant showing from Josh Alexander. If it wasn’t for the Honor No More run-in and interminably bad ‘referee getting yanked out of the ring mid-count’ spot, my rating would be higher.

One of the key things that stood out for me was the smoothness of some of the exchanges, such as Alexander rolling through a Tiger Driver attempt to hit the C4 Spike or transitioning from a Styles Clash straight into an Ankle Lock. The string of German suplexes, which saw Alexander maintain waist control even after they’d rolled out of the ring, produced one of the best countout teases I’ve seen in ages.

Unintentional blood often adds a lot to a match and that proved the case here as Eddie busted Josh’s nose hardway with a knee in the closing stretch. That gave you the visual of Josh, blood pouring out of his nose, ripping his headguard off and roaring at Edwards with slaps a la Antonio Honda against Dick Togo before putting him down for the count with a second C4 Spike. ****1/4

Post-match, Honor No More (sans PCO) attacked Josh. They teased Bully Ray, with his ROH connections, joining them and cashing in his Call Your Shot trophy. I’ll admit, the fact they did it with Moose last year meant I genuinely popped for Ray handing the trophy to referee Brandon Tolle. Thankfully for my sanity it was merely a ruse, as Ray joined Alexander in clearing the ring.

.@TheEddieEdwards and @Walking_Weapon went head to head for the @IMPACTWRESTLING World Title in a #BoundForGlory Showdown!

On the whole, Bound for Glory was a very good show. Buoyed by what seemed a strong crowd, the show was an easy watch and the four big title matches all delivered as expected. Nothing quite hit Match of the Year level in my view, although I could see the main event getting some love, but it was all good.

I commented in the build-up that the show, despite being well booked, didn’t feel hot. That was reflected in its omission from the VOW Flagship this week. I suspect that Bully Ray’s win in the Call Your Shot Gauntlet, which unsurprisingly has drawn the most headlines coming out of the show, is a reaction to that lack of buzz but I hope that common sense prevails and that his run with them is brief. Come in, do the job for Alexander at the next live special, and go. 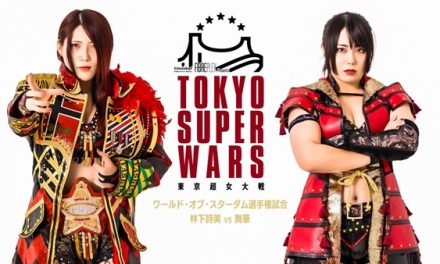 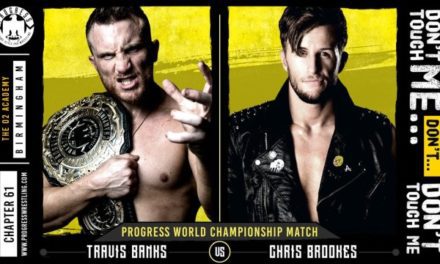