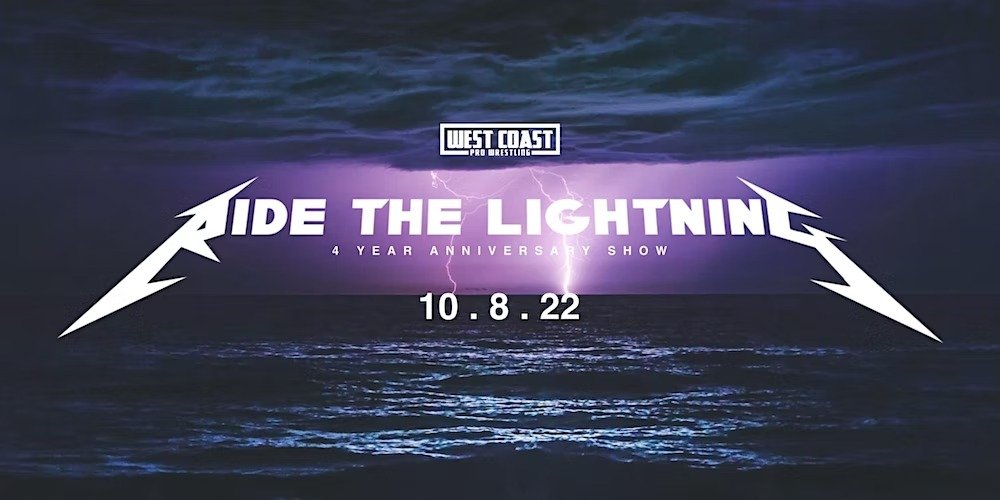 It’s refreshing, isn’t it? A match with an actual story and real stakes. It shouldn’t be asking a lot, but on the independent level where promotions value “dream matches” above all else, good booking is like seeing a Snow Leopard in the wild; beautiful, majestic, and rare.

The biggest angle WCP has ever done, the arms race between Starboy Charlie and Titus Alexander to become the first homegrown “ace” of the promotion, came to its conclusion at the West Coast Cup with Titus besting his rival and putting him in the rearview mirror. Winning the West Coast Cup not only earned Titus a spot in The King of Indies in November, but also a date with champion Jacob Fatu on this show. Fatu is a NorCal local, but he isn’t a WCP homegrown star, as he had a name before the promotion began. He also isn’t at every WCP show, unlike Titus (which Titus has mentioned multiple times in promos). Overall, Jacob Fatu has been the best champion in WCP so far, but it’s time to pass the torch. After winning West Coast Cup, Titus dropped the “Future” from his name and is now going by the name “The Franchise,” and with him main eventing West Coast Pro’s biggest show over several Japanese wrestlers, he has a chance to prove it isn’t just a marketing slogan. Prediction: Titus Alexander

In Joshi there are essentially two tiers. One tier consists of Stardom and Tokyo Joshi Pro, which I would consider the major league promotions. The other tier is every other Joshi company, which are basically indies. Unless you’re a giant Joshi dork, you likely aren’t watching the lower-level promotions, since the footage is sometimes hard to find or doesn’t make tape at all. For those who aren’t deeply entrenched in the Joshi bubble, and quite honestly, likely 99% of the fans who will attend Ride The Lightning, you probably don’t know the name Mio Momono.

For those of us who are familiar, Mio is one of the top workers on the Joshi independents, and a member of Chigusa Nagayo’s (who will be in attendance) Marvelous promotion. Mio excels at the “high speed” style that you see people like AZM and Starlight Kid doing in STARDOM, but also has the signature fire that you see in Chigusa Nagayo’s students. This match will be speed vs. power, as she takes on the debuting Queen Aminata, who is also making her West Coast Pro debut. Aminata is someone who has a major league look and major league charisma, and probably should be in either WWE or AEW. She had done a tour of Marvelous right before COVID-19 hit and credited Mio Momono as one of her trainers while she was in Japan. This is a first-time match-up, and with WCP debuting a women’s championship in the next few months, I wouldn’t be shocked if we see more Marvelous wrestlers in the Bay Area going forward. Prediction: Mio Momono

Is there anybody in wrestling who needs a fresh coat of paint as badly as Starboy Charlie? Seemingly every babyface promo against him over the last couple of years has been “you’re not a Starboy, you’re a Starman,” and every heel promo has been people calling him a child. It doesn’t do Charlie any favors when GCW has his mother taking bumps. That being said, Charlie is a really good wrestler coming off the best match of his career against Titus Alexander in the West Coast Cup finals. It’s excellent that WCP has another program for him after being bested by his rival. Alan Angels is a guy who is reinventing himself, ditching the babyface Dark Order persona, becoming an asshole heel, and doing a very effective job of pissing the fans off in all the right ways. Originally this was a straight-up singles match, but at the last show, Walk Among Us, Angels gave Charlie a Death Valley Driver through an open chair, making this a no DQ, falls count anywhere match. Prediction: Alan Angels

After watching STARDOM for years, I still can’t believe Jungle Kyona is coming to the Bay Area. I was also surprised Kyona vs. Mio wasn’t booked, but this is honestly better. With a women’s title coming, WCP needs to start heating up women other than Masha. Sandra Moone has been part of WCP longer than Masha actually and is a serious contender to become the first women’s champ. She’s a solid worker, but needs more reps, and Kyona is the perfect person to learn from. Kyona is one of the most naturally likable people in wrestling, getting the name “Jungle” from her time in Senegal where she did humanitarian work before her wrestling career.

As a fan, the past couple years have been absolutely heartbreaking knowing how much she has been through, between Hana’s passing, getting released from STARDOM, and being shelved for two years due to injury. Kyona really isn’t a full-time wrestler anymore, and makes her living as an office worker, and for that reason, I could easily see US tour this being one of the last significant things she does in wrestling, it isn’t lost on me how special this match will be. Prediction: Sandra Moone

The second Ben-K was announced, you knew this was the match. It had to be. At this point, Brian Keith is as big a part of WCP as anybody, and it’s nice to see him getting bigger and better opportunities within this promotion. Bryan Keith would fit in perfectly in a puro promotion, and he not only has the chance to impress the former Open The Dream Gate Champion, but also Katsuyori Shibata, who will be in attendance for a meet and greet. This should be “dumb jock wrestling” at its best, and I expect both guys to beat the piss out of each other. Prediction: Ben-K

West Coast Wrestling Crew are almost playing gatekeepers here. To hype this up, Jorel Nelson cut a very passionate and angry promo about how Levi and Manders have no right to call themselves “Committee of Violence” when they’ve only had two matches as a team, while WCWC has been violent matches in WCP for years. I like Committee of Violence as a team. Both guys have old-school looks, with Manders as the cowboy, and Levi wearing the black windbreaker and rocking the fingerless glove. COV is like a ’80s All Japan tribute act, but in the best way possible. They still need to find their chemistry as a team, but there is a lot of potential. These are four beefy dudes, so we should have some good old-fashioned meat slapping. Prediction: West Coast Wrecking Crew

Erick Stevens’s first comeback in 2019-2020 couldn’t have come at a worse time. It happened right at the start of COVID and in the heart of one of the worst periods we’ve ever seen in independent wrestling; the meme wrestling era. In 2022 the landscape is different, WWE isn’t signing everybody, and shows aren’t entirely filled with silly gimmicks and online personalities like they were a couple of years ago. Stevens is much better when he is wrestling a no-bullshit, hard-hitting style. Vinnie Massaro is now going by the name “The Final Boss,” but he is also West Coast Pro’s gatekeeper, wrestling many newcomers in their debut matches. Vinnie is usually the ring general in his matches, but this time he finds himself facing someone with just about as much experience. Kayfabe-wise, Vinnie isn’t going to be able to bully Erick around like he did when he wrestled Akira, Jordan Cruz, or Robert Martyr. Non-kayfabe-wise, he isn’t going to have to lead his opponent as he does with less experienced talent, and for that reason, this should feel different than many of Vinnie’s recent matches. Prediction: Vinnie Massaro

As individuals, all three members killed it at West Coast Cup. They’re finding their footing and learning how to work together seamlessly as a unit. At Walk Among Us in Santa Cruz in September, The Conglomerate added their 4th member, Serza, who fit in like a glove. On this show, Serza will have the night off, and the original trio will be taking on the very bizarre team of Martyr, Knight, and a mystery person. The only thing I can think of that unites Martyr and Knight is their very underrated talents. Robert in particular is someone I think should be booked everywhere and has gained a cult following within the West Coast faithful. Knight is someone who I think has a ton of potential, and could make a big impact in New Japan once his time as a young Lion is over. I can’t imagine what this match will look like, especially without all the competitors being known. Prediction: The Conglomerate 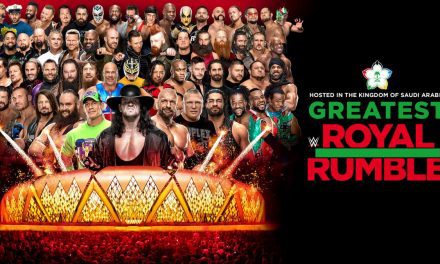 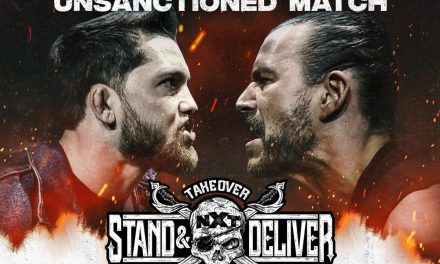