Match of the Week (September 26): The Freebirds vs. Dick Slater & The Barbarian

Our match of the week is The Freebirds defending the WCW United States Tag Team titles against Dick Slater & The Barbarian, on June 25, 1992 (airdate 7/12/92), from Kansas City, Missouri (WCW).

The random pairing of Dick Slater & The Barbarian being the final United States tag team champions has been a running bit on the Flagship over the years, so I figured how and why they won (and lost) those titles would make for a fun Match of the Week.

On the July 4th WCW Saturday Night, Bill Watts announced his intentions to clean up the WCW tag team title scene, which at that time featured three sets of belts, the WCW World, WCW U.S., and the vacant NWA World, which were to be crowned about a week later at The Great American Bash. Watts announced that the U.S. titles would be deactivated at the end of July, with whoever held the titles at that time being declared the final champions.

By the time Watts made that announcement on TV, Slater & The Barbarian had already won the titles, but the match wouldn’t air for another eight days, on July 12, the same day as the Bash. With Slater & The Barbarian being such a random pairing (there are no records of the team working together prior to the title switch), it’s entirely possible that Watts simply wanted to get the U.S. titles off of The Freebirds before they lost their tournament match on the PPV, either to avoid confusion over the status of the titles, or avoid burying the titles by having the champions lose. Considering Watts had already decided to deactivate the titles, I would lean towards the former, with Watts perhaps figuring it would be best to just have the titles out of sight, out of mind on the PPV.

I couldn’t find any records of Slater & The Barbarian ever defending the titles. They didn’t officially become champions until July 12, and after the victory, Magnum TA mentions that the titles are now retired, so it’s doubtful they defended the titles at any point in the ensuing 19 days.

The match itself is essentially a squash. Jimmy Garvin is the face in peril, and Michael Hayes is quickly cut off after the hot tag and beaten with a piledriver. It’s a clean win for the heels, with Ole Anderson doing the no nonsense referee gimmick to establish that there would be no heel antics tolerated. Why The Freebirds were essentially jobbed out in this match will also remain a mystery, as there was no follow up match or feud in the aftermath, and the Slater/Barbarian pairing quietly ended just a few weeks later. 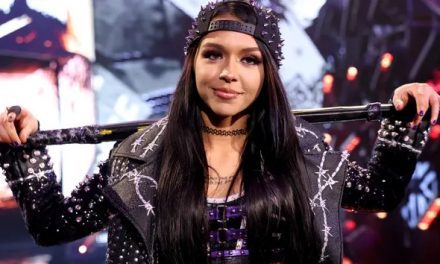 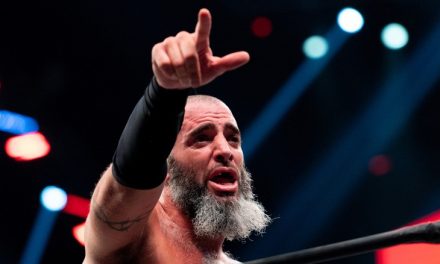 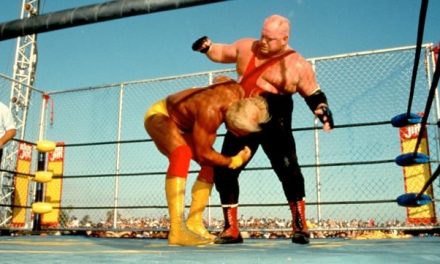