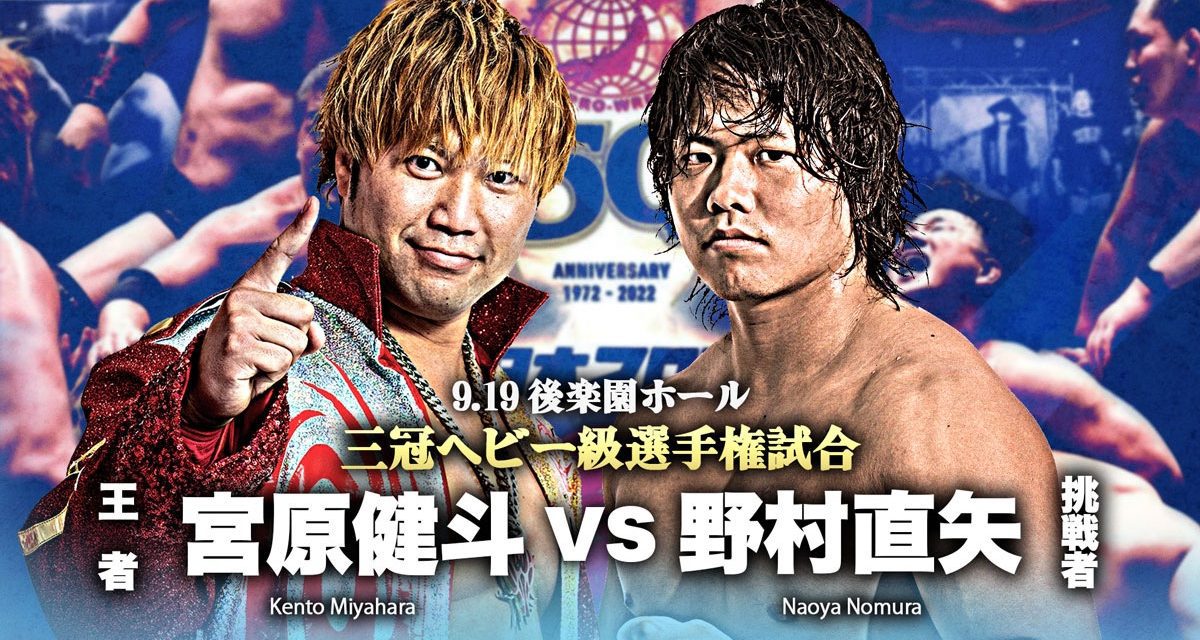 Yes, I know that this review is going up before the 50th anniversary show, but it is what it is. This review contains Budokan spoilers, so be warned.

The masked men attacked before the bell and got in a little offense. But KumaDoi used their power to take over and Arashi pinned Menso~re after a Diving Senton. This was a simple and fun opener to re-establish KumaDoi. They looked really motivated even for a squash match like this.

KumaDoi looked happy to be back in All Japan and cut a promo after the match. **¾

Daniels signaled that he wanted to start the match against Yoshitatsu, and that’s what we got. They actually matched up well together.

Aoyagi and HAYATO did their thing and it was great.

Cyrus caught HAYATO mid-air during a Lionsault and hit a Powerslam. He also hit a great looking Claymore.

There was a lot of high flying in the last few minutes. Daniels wanted to go for the BME on TAJIRI, but his other teammates insisted on doing their own moves first. Daniels finally got to hit the BME for TAJIRI to get the win after several teases and that got a little noise out of the crowd.

This was a ton of fun with some great action and a little comedy.

After the match HAYATO made it clear he wanted to challenge the new Jr. champion Aoyagi. ***½

I am not 100% sure, but I think this is the Black Tiger that has teamed with Tatsuhito Takaiwa in the recent past. He is listed as the fifth generation Black Tiger, but I don’t think that is accurate.

Black Tiger is somehow worse than Tiger Mask. He did some brawling and cheating early on and kept hitting low blows when referee Nikkan Lee couldn’t see it.

Tiger Mask transitioned out of a sloppy looking Crucifix to an arm bar and got the submission. It looked like Black Tiger’s leg was under the bottom rope through.

This sucked and let’s hope it’s the end of Tiger Mask in All Japan. *

This was much better.

Inoue and Tamura worked the bulk of this match for their teams. They worked very well together here and have plenty of experience facing each other in opening matches.

I can barely remember anything Nagata and Omori did in this, but it didn’t really matter, this was still a solid match. ***¼

Some matches and participating wrestlers were announced for the October tour:

Suzuki kept applying some very nasty looking holds from almost the start. He was really stretching the rookie.

Anzai survived and got some offense in on Suzuki. Anzai then made it to the ropes during a Fujiwara Armbar from Suzuki.

Anzai tried to go back on the offensive, but Suzki took him down and got the submission with a Half Crab.

This was another good outing for Anzai in only his second match. He’s got a nice dropkick and clearly has something. His future is bright. **½

Well it doesn’t seem like Voodoo Murders is going anywhere for a while, which I think is a bad idea. Lee looked like he didn’t want to be here after losing to Naoya Nomura in 43 seconds the day before.

VM attacked before the bell and everyone brawled all over the place. Omori ended up becoming the whipping boy in this.

And after VM shenanigans being dialed back over the last couple shows, interference and weapons were back.

Match picked up a bit when Suwama got in there for his team. He got quadruple teamed, and Ishikawa pinned him with a Thesz Press.

They started teasing some dissension between Suwama and TARU in this match, so hopefully that means this isn’t going to go on much longer. **½

The Saitos were dominant early on, but then GOA went after Rei’s left leg.

After that, this turned into both teams throwing bombs at each other. Ashino was able to Suplex the Saito which was impressive.

The Saitos absolutely dominated for a good bit and I thought they might win. But when Rei went for the top rope splash he used to pin Shuji Ishikawa the day before, Ashino managed to catch him in the Ankle Lock. After some struggle and near escapes, Rei tapped.

While they aren’t super workers, the Saitos have definitely improved in-ring and how they carry themselves. GOA did carry the overall match, however.

I wouldn’t have hated the Saitos winning here, but after their performance, I’m bullish on their future.

After the match KumaDoi came out to challenge and that should be a great match. ****

There was a tremendous video package before this match recapping the history between these two. It was one of the best video packages All Japan has ever done. It really got me hyped for the match.

Nomura rushed Miyahara like he did to Jake Lee the day before. Miyahara avoided it at first, but Nomura did hit the Spear and Jackknife Hold combo that he used to pin Lee for a near fall and that got the crowd to make noise.

From there, it started to take shape like a big Miyahara match, but along the way it really kicked off. Miyahara took some hellacious bumps by his standards. Nomura really laid into him. Miyahara kicked out of a ton, and there were several near falls that I bit on.

Miyahara escaped from an attempt at Nomura’s new finisher the Infinity and managed to hit the Shutdown German Suplex for the win.

This rivaled, but did not quite get to the level of the September 2019 match, which I think is one of the best matches of the 2010s. You could even argue that Nomura should have gotten some big kickouts of his own, but I felt it fit the story of Nomura throwing everything he could at Miyahara to no avail, still unable to beat the ace, even after all this time and a harder edge. Nomura’s loss may have softened that edge though as he gave fist bump to Miyahara after the match.

Go out of your way to see this match.

After the match, Takao Omori came out to challenge Miyahara next month. While seemingly puzzling at first, this was clearly about giving a nod to All Japan’s history. Miyahara mentioned Giant Baba several times in his post match promo. And Omori has proven lately that he can still deliver in big matches. I think these guys could have a really good 15 to 20 minute match. The match will take place on October 22 in Sanjo, Niigata, which incidentally is Giant Baba’s hometown. ****½

The attendance here was 919. Not bad, given they just had a big show the day before and the weather was crummy. Tokyo has been hit with lots of rain stemming from the typhoon in the southwest of the country.

This show, and the Budokan show, while not perfect, has been a huge help in getting All Japan back on track. In 48 hours, they have gone a long way to gain back the momentum they started to lose after the Champion Carnival.

Yuma Anzai is a massive prospect. Dan Tamura won his first title. The Saito Brothers have proven they can hang in the World Tag Title scene. Gungnir of Anarchy are being positioned as dominant tag team champions. And Atsuki Aoyagi is finally the Jr. champion.

But questions surround All Japan’s expected future stars. Jake Lee got squashed in 43 seconds by Nomura at Budokan and has announced he’s finally disbanding Total Eclipse. Yuma Aoyagi feels directionless. And as far as Naoya Nomura is concerned we have no indication if he wants to return to All Japan. After all, this match ended up happening sadly because of Joe Doering’s health. I do hope he decides to come back full time though.

But by the end of this weekend, All Japan came out much stronger than it was going into it and at least there is light at the end of the tunnel when it comes to all of the Voodoo Murders stuff. 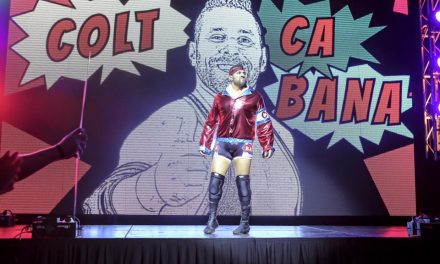