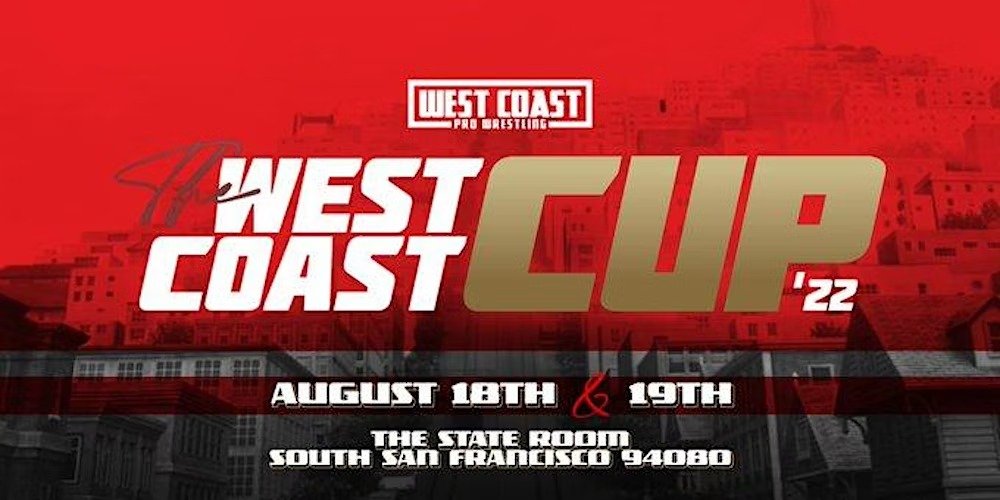 This is the first of two big tournaments in NorCal this year. In November, Pro Wrestling Revolution teams up with West Coast Pro to present the historic King of Indies. That tournament will be more like Battle of Los Angeles, with top indie and international talent battling it out.

Chris Sabin is a replacement for Lee Moriarty, who was pulled from this weekend. If you look at Sabin’s Cagematch there are 51 tournaments listed, including Battle of Los Angeles, TPI, 16 Carat Gold, King of Trios, Best of the Super Juniors, and of course, the TNA Turkey Bowl 2007. What better way to christen your brand new annual tournament than to have an independent wrestling legend enter the field, and what better way to put over your top star than by having them defeat that legend? Titus has been on an absolute tear this year, breaking out of California and getting booked on the East coast and Midwest shows, winning the Prestige championship (over Chris Sabin’s long-time tag partner, by the way), and debuting in PWG. Titus is putting in the best work of his career, he’s figured it out character-wise, he is oozing with confidence, and he has to win the West Coast Cup. One of the most underrated things in wrestling is unpredictability, sometimes the obvious story is the correct one, and anybody other than Titus winning this tournament would be a massive misstep. Prediction: Titus Alexander

This is probably the match I’m most looking forward to from the first round. My favorite kinds of matches feel like fights. Davey is an indie legend and has inspired a multitude of clones, some good, some horrible, but he one of the original MMA-inspired angry short kicky dudes. Honestly one of my favorite wrestlers ever. Levi has transitioned from a long-lost Mulkey brother to almost a mini Blackjack over the past couple years. Levi is the only wrestler in the West Coast Cup to compete on the first show in 2018. Stylistically, this feels like old school vs. new school. Levi utilizes punches, piledrivers, and claw holds, Davey with his signature stiff kicks. Prediction: Davey Richards

Masha is the only woman’s wrestler in the West Coast Cup, which means this is the only intergender match in the first round. Masha is not only by far the best woman’s wrestler on the US indies, but one the best wrestlers regardless of gender, even competing in the first women’s match(against Yuka Sakazaki) in PWG over a decade a couple months ago. Masha wrestles an incredibly physical and violent style, which is something her opponent, Alpha Zo, has starting doing this year. Of the three Conglomerate members, Zo is by far the breakout star. Zo has improved in pretty much every aspect, improving his look, getting into tremendous shape, and wrestling a physical style like I mentioned before. Both Zo and Masha have offenses based on stiff strikes and head drops/strikes. Both utilize the Package Piledriver, Zo using the traditional maneuver, while Masha uses a half package which she falls the “White Knight Driver”. Masha also uses the Gonzo Bomb and the Northern Lights Bomb(given to her by Arika Hokuto herself). Alpha Zo’s finisher is an O’Connor Roll into Rolling Elbow to the back of the head, which he calls “The 510”. If this reaches its potential, it should be a match that feels dangerous and is brutally stiff. Prediction: Masha Slamovich

Of all the first-round matches, this is the one I’m most worried about. Over the last few months, Kreed’s progression has really stalled out, which is something you might not have noticed if you’ve only seen him wrestle at WCP, since he’s never had a singles match in the black and blue ring yet. Midas has done a good job in six-man matches and tags, but his recent singles matches have been rough, as he has blown up in the last three matches I’ve seen him have, vomiting in two of them. Komander has been on a tear since debuting in the States a couple months ago, and is one of the two debuting luchadors this weekend, and definitely the bigger star if the two. Komander is one of the most physically gifted wrestlers I’ve seen in a long time, and quite honestly, as badly as I want to see Midas have the match of his life, I just don’t see how he is going to be able to physically keep up, and with his slender frame, I don’t think he will be able to base either. Prediction: Komander

Unlike Komander, Gravity isn’t coming to the US with much hype. If you’re not in the deep lucha bubble, you likely haven’t even heard his name before he was announced for this tournament. I have a rule, if I have a chance to see someone in person who I’ve never seen on video, I’ll avoid watching any footage and go in blind. For that reason, I can’t really give insight into what he brings to the table, but the lucha experts I have talked to have told me two things: he’s the younger brother of Bandido, and he’s a “project.” Funny enough, “project” is the exact word I’d use to describe Viento, who I am high on, but needs a lot of work. Viento is one of the more fascinating wrestlers in this tournament simply because of where he is in his career. To this point he has never had anything high profile since his home promotion Pro Wrestling Revolution, but because he is with PWR he has been wrestling top lucha talent in recent months, and will soon potentially have an opportunity to share the ring with wrestlers from Dragon Gate and Pro Wrestling NOAH soon. This is Viento’s second West Coast Pro and his first singles match. To say it’s the most important match of his young career would be a huge understatement, and the same goes for his opponent. I’m not expecting a five-star classic, but if Viento impresses, he has a real shot at breaking out of the Bay Area, and if Gravity impresses, he might follow in the footsteps of other luchadors who have come to the US and earn more big bookings. Prediction: Gravity

I can’t picture what this match will look like in my head. Neither Starboy nor Rogue has completely figured out what they want to be yet. Since returning from injury, Starboy has ditched a lot of the high flying and started using more strikes. Charlie is also a very underrated technical wrestler, a style I wish he’d delve more into. D-Rogue is the singles wrestler in The Conglomerate stable, coming off the biggest win of his career, defeating former GCW Champion Rickey Shane Page. Rouge has also been switching up his style, ditching the flying himself in favor of more power moves and slams. I don’t know what this match will be, but I do expect Rogue to be extra angry after Charlie cut a promo for this tournament and didn’t even mention his name. Prediction: Starboy Charlie

As the old cliché goes; styles make fights, and I would never have thought to put these two in the ring just because of how vastly different their styles are. Both competitors take inspiration from Japanese puroresu. Nick Wayne working a flashier, more athletic, modern high flying style that you see in modern New Japan as he is obviously very reminiscent of a young Will Ospreay. Bryan Keith is more of a throwback, as his style brings up memories of classic All Japan. He’s gritty, hard hitting, tough as nails, and makes his matches look like struggles. I am fascinated to see if Wayne makes Keith work at a faster pace, or if “The Bounty Hunter” can slow the kid down. Prediction: Nick Wayne

When you think of West Coast Pro stalwarts, Jorel Nelson might not be the first person who comes to mind, but he has actually been with the company since their third show, longer than every other roster member other than Levi Shapiro and his partner Royce Isaacs. If you weren’t following WCP before Covid, you probably know this isn’t his first big singles match either, as he received a title shot against Hammerstone on the last show before the hiatus. Nelson hasn’t had a singles match in a long time, and is looking to reestablish himself against the gatekeeper of West Coast Pro. There is a three-man race for the 2022 WCP MVP between Mike Bailey, Titus Alexander, and Vinnie Massaro. Vinnie is amidst a career renaissance, having great matches on every show, especially with newcomers and debuting wrestlers. Jorel is someone who could use a strong singles match to remind the WCP faithful that he’s more than a tag wrestle, and Vinnie is the perfect opponent. I don’t expect this to be a mat classic, but if you’re looking for beef hitting beef, this should deliver. Don’t be shocked to see Jorel make a long run in this tournament. Prediction: Jorel Nelson

With this being a tournament, obviously, we don’t know what match-ups we will see in the second round. If my predictions are correct we will see Davey vs. Charlie, Nelson vs. Komander, Gravity vs. Wayne, and Masha vs. Titus. The obvious finals are Starboy Charlie against Titus Alexander, as they have been feuding for months now. If that happens, I feel they might do a double turn, since Titus is starting to get cheered, and Charlie has been showing heelish tendencies lately. We also know there will be some kind of a tag match with the first-round losers and Aerostar for some reason, which should be a lot of fun.

We do know for a fact, that the second night will feature a West Coast Pro Championship match!

Fatu’s title reign has been a mixed bag. He has earned a reputation for no-showing and missing bookings. It’s gotten to the point that even Titus Alexander called it out in a promo on the last show. When Fatu does show up, he sometimes tends to fall into a routine, that is over, to be fair, but doesn’t always result in the best matches. Any time he has something he can really sink his teeth into and goes all out, there aren’t a lot of workers on the indies who are more dynamic or charismatic than Jacob Fatu. Fatu is a big, strong dude who is shockingly athletic, willing to take disgusting bumps, and legitimately terrifying. If there is a wrestler who can force someone out of their comfort zone and make them have the match of their life, it’s Bailey. I know this because at GCW’s debut show in San Francisco a few months ago, he made Minoru Suzuki wrestle instead of doing the Suzuki paint-by-numbers indie match we’ve seen dozens of times. It looks like Fatu’s title run is coming to an end, with both Speedball and Titus ready for title runs, it’s going to be interesting to see who is the one to dethrone Fatu. I wouldn’t be shocked at all if we get a title switch in what might end up being a match-of-the-year contender. Prediction: Jacob Fatu 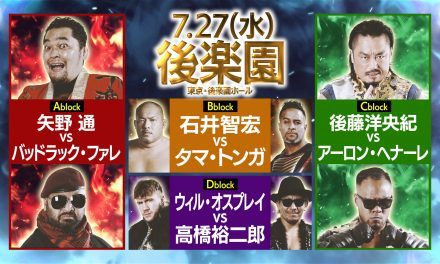 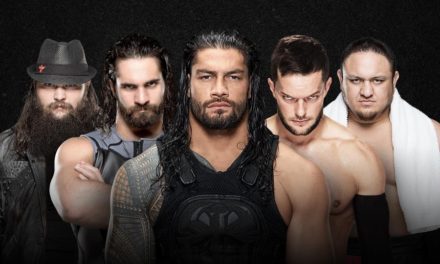 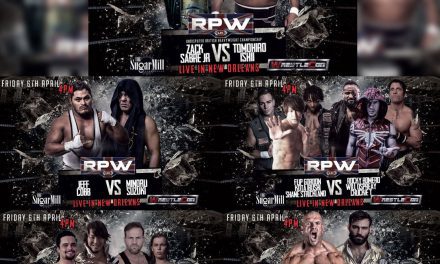 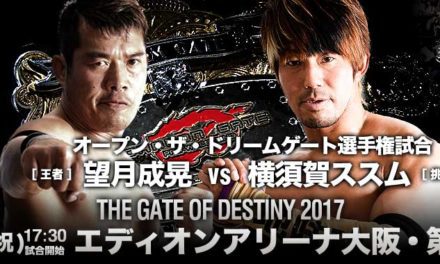