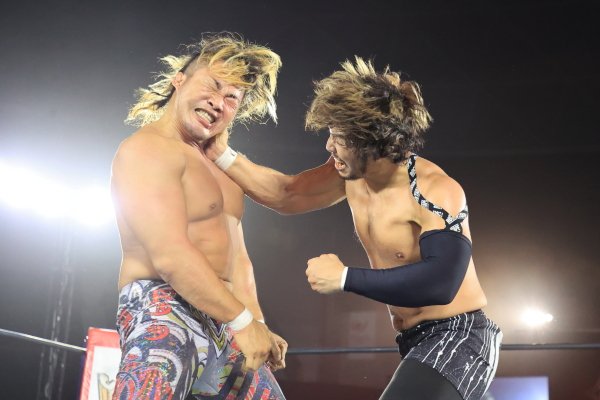 This is the last stop before the last three nights of the tournament in Budokan, and there was a theme for this night: spoilers. Tonight, those still alive in their brackets were mathematically eliminated by their opponents. One of tonight’s matches was too personal, in another the wrestler knew his opponent well, and the other match got us closer to chaos in the D Block.

Let’s go to the undercard:

I’m happy to report that we are still in the chaos zone in the D Block. Everybody is still alive, and who knows what will happen in a tie situation. If ELP and Juice win on Tuesday, we get stuck here on the D Block. If you think that NJPW will have a chaotic situation, now you know who to root for. If either Ospreay or Shingo win their matches on Tuesday, they win the block. So I’m keeping my fingers crossed and rooting for Juice and ELP just to see what happens next.

On to the match. This was a great contest between two men that knew that this was their last night in the tournament. Finlay was attacking YOSHI’s shoulder nonstop since that’s his weak spot, but YOSHI’s chops were able to balance the onslaught. However, his shoulder was so bad that he could not do his signature spots to Finlay and had to rely on strikes to keep his momentum going. Match ended on a rollup from YOSHI when he was not able to land Karma. This was an energetic and fun opening contest that I loved. Great tournament by both men. ***½

Both men are eliminated, but that did not stop them from having a really fun and surprising match. At least I can say that I was not expecting what happened. Taichi wanted a sumo match, O-Khan wanted to lure him into a submission, so both men just goaded each other for a minute or two. Taichi won and got his sumo match, was even able to throw down O-Khan, yet O-Khan got up and a judo throw got the match back in his favor. O-Khan tried to go for the Eliminator, was countered, and then just did a snap suplex with a pin bridge to win. The finish came out of nowhere, the match was short and sweet, and kept you on your toes. ***

Lawlor got some bragging rights on his last night of the tournament by eliminating Cobb from contention, leaving the A Block in the hands of Okada, Archer, or Jonah. He became Cobb’s spoiler by knowing his opponent well.

I really loved this match. It started with Cobb just making Lawlor fly in the ring and manhandling him inside and outside. He even surfed on Lawlor’s back, yet his confidence got the better of him and Lawlor started finding submission spots on any part of Cobb’s body. While Cobb was being broken into, he was able to hit suplexes to get some advantage over his opponent. Both men started striking each other, and a Kamigoye by Lawlor got him a two count. Then he hit the NKOTB for the finish. Just a great match of strength vs submissions full of exciting moments. ****

KENTA did it, he spoiled Tanahashi’s tournament, and with good reason. This was a personal match since the last time both men met was at Wrestle Kingdom, where Tanahashi injured KENTA in a No-DQ match. KENTA was up to make it violent by bringing a chair into the ring and trying to take the match outside, yet Tanahashi was able to keep control inside the ring. Obviously, it eventually went outside when KENTA threw him into the guardrail and DDT-ed him on the floor. Inside the ring, with KENTA dominating and Tanahashi starting to get his second wind, KENTA invited him into a strike exchange. As we found out from four days ago, Tanahashi has the strongest slaps in New Japan (ask Goto) and one of his landed on the referee. Of course the poor man was out.

KENTA took advantage of the situation by attacking Tanahashi with the crutch he used while recovering (according to commentary) and setting a table on the outside. While KENTA was not able to throw his opponent to it, he was able to hit the double stomp inside the ring, then went outside, got the table and threw it on Tanahashi’s head, and then went for the GTS for the three count.

A really good personal match that I enjoyed, and I actually loved that they did not break the table, KENTA just hitting Tana with it. Good stuff. ****

This was a really solid night of in-ring action and a great last tournament match for the wrestlers involved. We have surprising results, stakes, chaos in the D Block, a surprise finish in the second match, spoilers, and two really good semi and main events that were different in their own way. Definitely check it out. If short on time, stick with the last two, but again, the four matches will probably take you like an hour to watch. 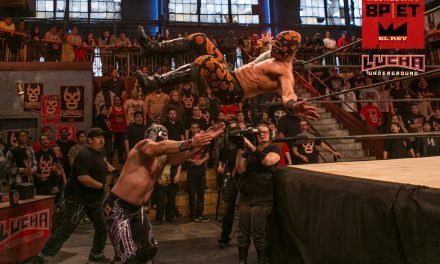 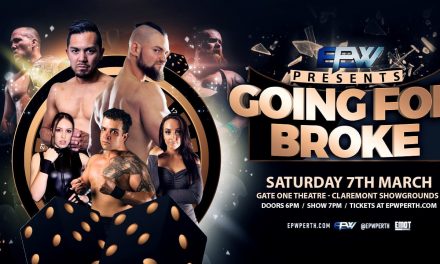 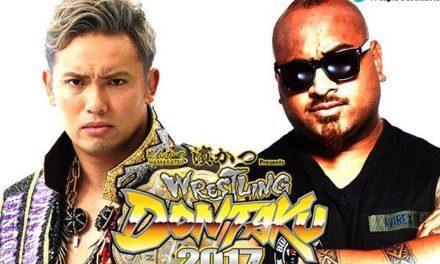