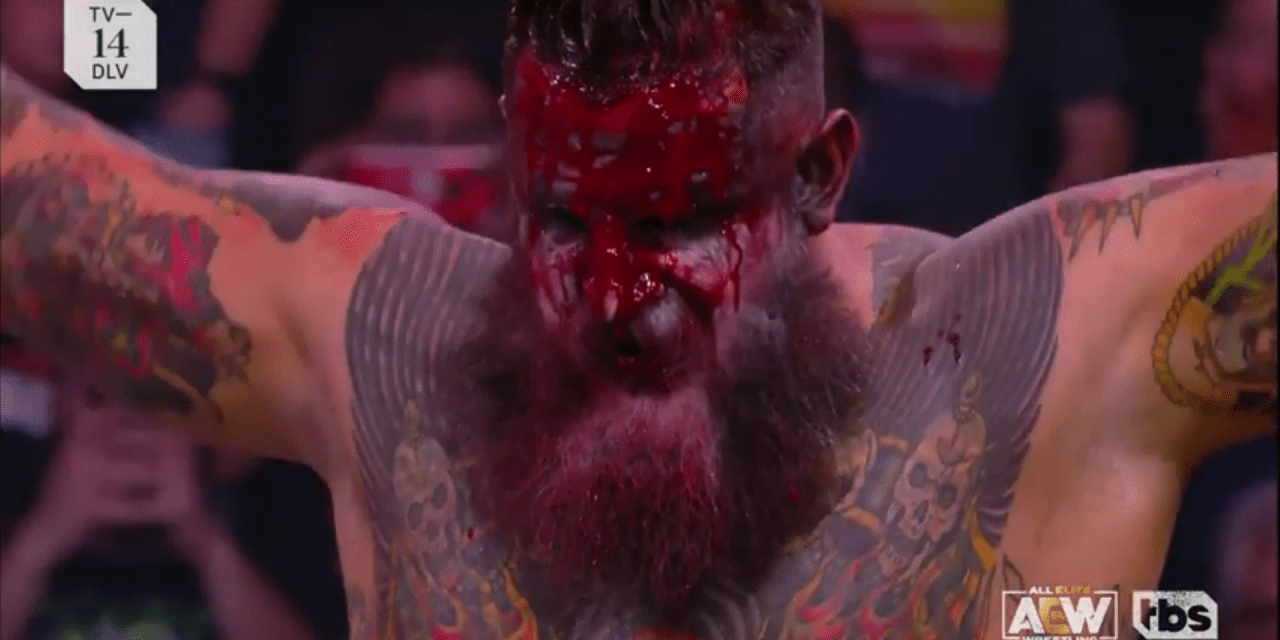 There were three great matches on this show – the coffin match, the tag match, and the main event – that everyone should be sure to watch. I wouldn’t elevate any of them to a true Match of the Year contender, but I wouldn’t argue against giving that consideration to Jericho-Moxley at the same time.

The Darby Allin vs. Brody King coffin match was absolutely wild, but it lost some of its peak when you had the double interference from House of Black and Sting. The best highlights were mainly before the first commercial break.

Mox and Jericho work really well together and Jericho seemed really ready to go. I really liked the style they worked, which was very technically-oriented with a big vicious streak, which lent itself well to spots like Jericho “ripping out” Moxley’s earring. The return of CM Punk was also done perfectly after the match.

The Young Bucks and Adam Page had a good backstage segment establishing that Page would not be their partner in the trios tournament. The set up for the Young Bucks’ partner is most likely going to be Kenny Omega returning next week, which will eventually lead to more advancement on the long-term storyline between the members of the Elite.

I continue to like the Miro segments, as he is the most Bulgarian JRPG protagonist to ever be conceived. The “there’s only one woman who can touch The Redeemer” line was pretty awesome.

Every week, Dynamite has a half-hour or so that is just there, and this week was a good example of that. After the Young Bucks-Adam Page segment and before the main event, you had two squashes, the Jay Lethal-Wardlow segment, the bad women’s match, and six short promos. Some of those promos were good, but they generally weren’t particularly memorable.

Maybe Madison Rayne is really good at teaching people, but I hope she quickly drops down the pecking order from where she has started. There were several bad spots here. Both Jade & Madison missed big boots with visible gaps and there was a suplex spot that felt like the two were bent over to set it up forever. Rayne also got way too much off of Jade.

I know the Solo-Starks match only went about three minutes, but it felt like they gave Solo way too much too. Ricky Starks should be a main eventer in the extremely near future, and having him sell a lot for The Factory Goon #3 isn’t going to help accomplish that.

I know it’s not easy to set up new acts, but the Trustbusters just feel very thrown together and unnecessary, kind of like the last image in a “we have Jay Lethal, Sonjay Dutt, and Satnam Singh at home” meme.

It’s time to get the build going for All Out. You can guess most of the card, but it’s time to start really setting stuff up now.

Anna Jay as an unholy terror choking out random people backstage is fun.

The Battlebots mascot is an absolute nightmare.

8/10. Some really great matches and decent promos make this a mostly great show.

Chris Jericho had one of his best nights in company history, with a nice set up promo and a fantastic performance. He looked at least ten years younger, and working in a more vicious technician-style suited him well. 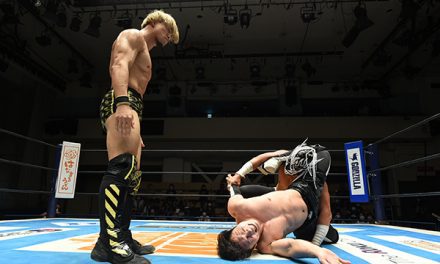 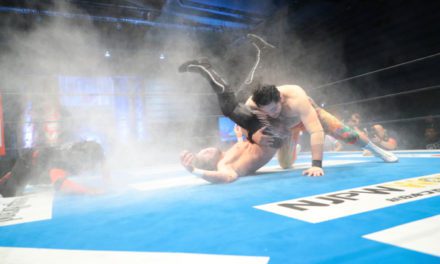 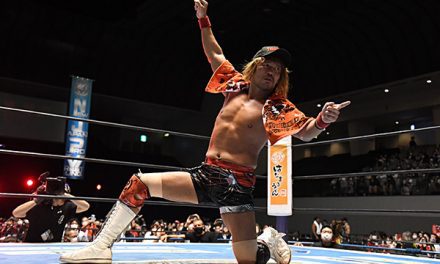