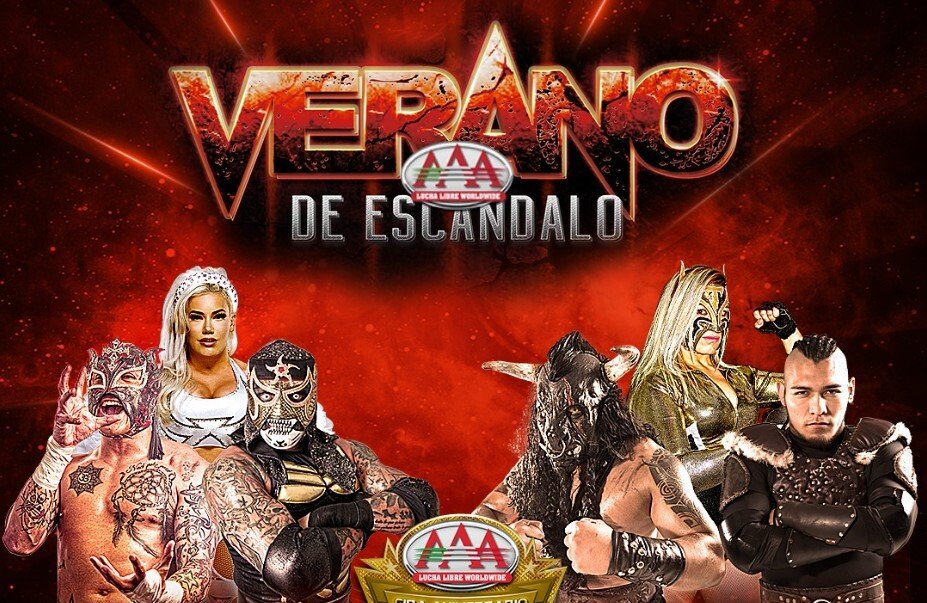 Other Matches Not Shown on Space

Rey Horus replaced Johnny Caballero. This was billed as a “Dream Match”.

This was a fine four-way but not at all a dream match. The match started with a Willie Mack dance sequence where he did a worm and a reverse worm. As is the case for most of these multi-man matches, everybody gets a chance to have some shine and it usually includes a tope.

The action was non-stop with little downtime. Horus took some nasty bumps, including one where Bandido dropped him right on his head. Willie Mack should be getting more bookings in high-profile American indies/TV promotions. Laredo Kid and Bandido are great in the ring. It’s very unlikely but I wouldn’t mind a singles match sprint on the next Triplemania card.

The highlight of the match came near the end when Laredo Kid dove from the top rope into the crowd to take out Willie Mack. With the other two guys out of the match, Bandido hit a Bandido Bomb on Horus for the win. ***½

This was very sloppy at times but a perfectly acceptable TV match. Psycho Clown had a dope mask. Cibernético’s cool dude glasses were a highlight.

This picked up a bit (not much though) when the weapons were brought into play. Los Vipers beat down the técnicos with cookie sheets in an extended beat down. The good guys fought back and then beat down the rudos with the same cookie sheets!

They celebrated too long and ate chair shots – very smart move! Cibernético threw Pagano into thumbtacks but Konnan slowly walked down to the ring and tossed a strand of barbed wire to Pagano who used it for a top rope leg drop for the win.

This was too long for what it was. The Pagano vs. Cibernético feud continues heading for what I assume would be an apuestas match at Triplemanía with Konnan involved for whatever reason. **½

Tirantes is not a wrestler and should never attempt to wrestle again. Shani could barely run the ropes. Tirantes Sr. was slower than molasses doing the count. Shani hit a Spear-like move through a wooden board for a two count and then locked in a submission-like move for the win.

Shani wins Hijo del Tirantes’ hair. After the match, Tirantes beat up Shani and kicked his dad in the nards to get some HEAT, brother. DUD

It’s time for the main event!

I dig the Lucha Squad trio. As expected, this was non-stop action from the opening bell. Vikingo and Fénix started the match and gave a great preview of what their (unconfirmed at this point) Triplemanía singles match will look like.

I don’t understand why Taurus is used as an undercard act in IMPACT Wrestling. He rarely misses and has a great presence. He worked well as the powerhouse of the match.

The Taya and Chik Tormenta portions dragged the match down from the fast pace established by the others. It wasn’t bad and I have seen much worse before but it looked very slow compared to the Lucha Bros/Vikingo and Taurus sequences.

Taurus and Pentagón hit a very cool-looking dual table spot where Pentagón piledrove Tormenta through one table outside the ring while Taurus piledrove Taya through the other. This led to the finishing sequence where Vikingo and Fénix went nuts with some back-and-forth where despite trying everything Vikingo could not put Fénix away for the three.

This was not a home run of a show. The Hair vs. Hair match was awful and not something anybody should go out of their way to watch. It would make a good gag gift for a future Secret Santa.

Watch the main event if you need to fill fifteen minutes of your day. 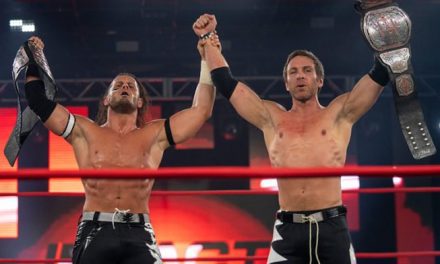