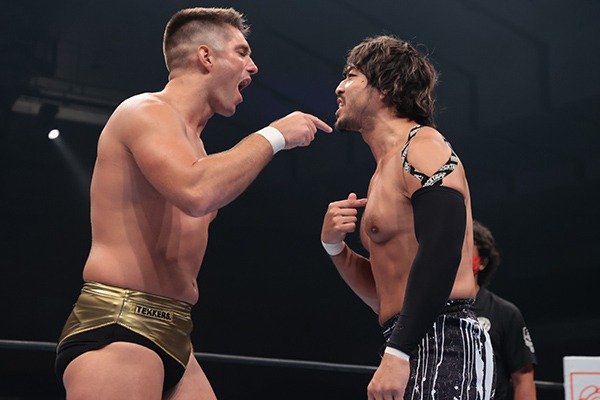 It’s back-to-back nights in Sapporo as the opening weekend of the G1 Climax rolls on! Just like Night 1, Night 2 featured four block matches (one from each block) with everyone involved competing in their first match of the tournament. Who will leave Sapporo with their first points on the board? Read on to find out.

Before getting to the tournament bouts themselves, here are the results from the undercard:

As always, watch the undercards at your own leisure. They provide some nice previews for upcoming tournament bouts, but if you’re crunched for time (like me), you can easily skip them.

Coming into this second night, this was definitely the match that I was looking forward to the most. Tomohiro Ishii never fails to disappoint in the G1 Climax, and he’s had a number of really strong matches with Taichi in the past. Now while the result wasn’t necessarily a surprise (Taichi is from Hokkaido, so in that regard, I thought he was an easy pick to win here), the match itself was awesome. For fifteen minutes, these two absolutely beat the crap out of each other, and I loved every second of it. From Ishii nearly being knocked out in the first minute after Taichi delivered a vicious open hand strike, to the various hard chops, vicious lariats, and big kicks that both men delivered, to some of the best moves in both of their arsenals…..this match had it all, and it was a total blast to watch. Matches like this are why I get excited for the G1 Climax each and every year. How can anyone not love this stuff?! Ishii gave it his all, but ultimately, Taichi managed to put him down for the count with the Black Mephisto. I’m probably the high person on this, and I’m fine with that. It totally rocked. ****1/2

I know a number of people have questioned Toru Yano’s involvement in the G1 Climax under this new format (which seemingly eliminates the need for nights off given the breaks that most of the participants have between tournament matches), but the way I see it, we’re already getting three less Yano matches than normal, so I think that’s a positive. Yano was put in a precarious spot in this year’s G1, as he’ll have to deal with a number of very large opponents in the block that’s become known as the monster block. He took on one of those four monsters in the form of JONAH, and despite being visibly afraid at many points, Yano managed to sneak away with the victory via count out after delivering a double low blow to both JONAH and Bad Dude Tito on the floor.

The match itself wasn’t anything special by any means, but it was perfectly fine for the time that it lasted. While Yano would get his shots in here and there (he did manage to connect with a big belly-to-belly off the ropes), the bulk of the match featured Yano either getting dominated by JONAH, or trying to run away from him. I did like the fact that we got a count out finish very early in the tour, as it helps to establish it as a potential finish right out of the gate. With the benefit of hindsight, Yano getting the win here wasn’t a total shock. Even though he is a guy who can beat almost anyone, I don’t see a ton of other matches that he could potentially win, so I had no problems with him getting on the board early. **1/2

While KENTA has worked a couple of matches since his return a few weeks ago, this was his first singles match since the No DQ Match with Hiroshi Tanahashi at Wrestle Kingdom back in January. KENTA suffered a litany of injuries in that bout, and in many ways, he’s still feeling the effects coming into this year’s G1 Climax. Not only were both limbs on the left side of his body all wrapped up, but the scar on his back was still very visible. It’s fair to say that KENTA left a part of himself in the ring that night in the Tokyo Dome, though those injuries certainly haven’t hindered his ability to deliver some punishing offense in a big-time singles match, and we saw that here as he went up against someone that he’s very familiar with.

Throughout this contest, Zack Sabre Jr. utilized his famed technical wrestling and submission skills to work over the injured body parts of KENTA until he ultimately forced him to tap after trapping his two left limbs (the two that were wrapped up) in one submission hold. That was a notable part of the story, but what will be remembered most from this particular bout was how vicious it sometimes got. From the very start, Sabre seemed more than willing to play the striking game with KENTA, and that led to some really brutal exchanges. At one point, they took turns sitting on the mat so that they could willingly take kicks to the back (which concluded with Sabre putting a stop to this back-and-forth with some nasty neck cranks), and later on, we got an incredibly explosive striking battle where both men delivered raped fire blows. Towards the end of the bout, it looked as though KENTA was on his way to winning, but he pulled up Sabre from a pin on two different occasions (Chris Charlton did a great job explaining the history between the two on English commentary, and how KENTA taking Sabre lightly, even at that late stage of the match, played into their history). That arrogance did end up costing KENTA in the end, as Sabre got the submission victory shortly thereafter. Personally, I preferred the Taichi vs. Ishii (I feel like I might be on an island with that take), but this was still an incredible contest from start to finish. KENTA showed that he can still deliver in a hard-hitting G1 matchup, while Sabre was great as always. ****1/4

Another Bullet Club member making his return to singles competition on this night was “Rock Hard” Juice Robinson. He was put out of action for nearly two months after suffering from appendicitis, but even though he was stripped of the IWGP United States Title after failing to make a title defense, he never gave up the physical belt. So now he’s going around declaring himself the “real” champion, which is ironic, because the person who is technically the IWGP United States Champion, Will Ospreay, was doing exactly what Juice is doing now last year with the IWGP World Heavyweight Title.

These two went at it for over twenty minutes, and when the dust settled, Juice Robinson emerged victorious, getting his first two points in the process. Now for the most part, I thought this match was very good. Juice had the early edge after jumping Shingo before the bell, and even though Shingo did manage to fight back at points, Juice remained in control for much of the first half of the bout. Shingo finally managed to respond with a backdrop driver; from there, it became a more even affair. At one point, Shingo was able to counter the Pulp Friction into the Noshigami, which looked really smooth. The action picked up in the closing stretch, and after surviving the Pulp Friction (thanks to Juice being too tired to capitalize for the cover), it looked as though Shingo was on his way to victory.

Then the finish happened. Shingo had Juice up for Last Of The Dragon, and then Juice grabbed onto Red Shoes, presumably doing anything he could to avoid getting hit with Shingo’s finisher, but the execution of this moment just looked super weird. This was followed by Shingo looking like a goof as he stuck his neck out, waiting for what felt like an eternity for Juice to hit in with the Left Hand of God two more times (in reality it was probably like two or three seconds, but it felt like he was waiting there forever). Juice then hit the Pulp Friction again, and that was it. I should mention that, from the referee spot on, the crowd was dead silent. No clapping of any kind. You could hear a pin drop. I’m really not sure what happened here. I know that it really put a damper on what was otherwise a good match. I know many people have pointed out that Juice looked tired, and while I noticed that as well, I still enjoyed the bout for the most part. I understand that Juice is in line for a push with this new gimmick as part of Bullet Club, but maybe it’s not the best idea to put a guy who’s just coming off appendicitis in twenty-plus minute main events. Again, the bulk of the match was solid, though it was hurt by the finish for sure. ***3/4

Night 2 of the G1 Climax was, for the most part, very similar to Night 1. You had a pair of great matches that are worth your time (in this case, Ishii vs. Taichi and KENTA vs. ZSJ) along with one really good match (Juice vs. Shingo, though you’re mileage may vary with that one). This show did feature the first tournament appearance for Toru Yano, but fortunately, it was a pretty tame affair by Yano standards. It’s a shame that the finish of the main event went down the way it did, because I might’ve liked the show even more had the finish gone down without any issues. 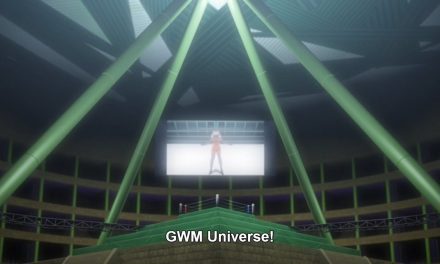 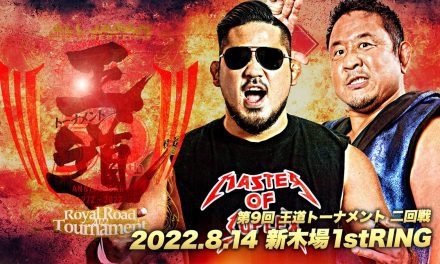