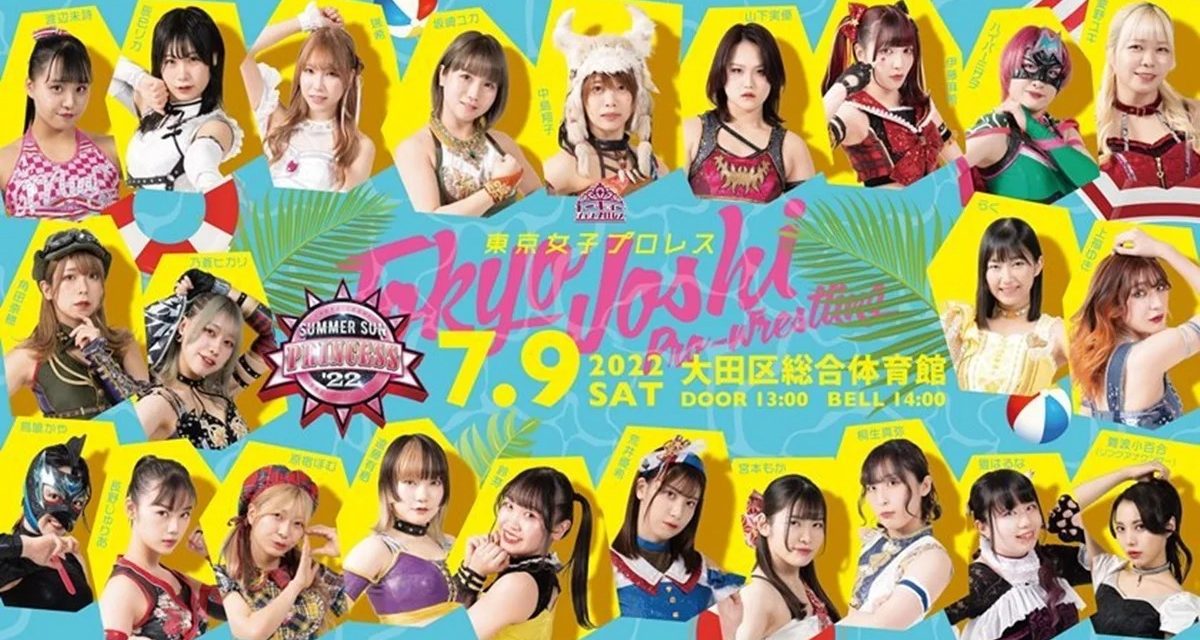 Both women have styles very influenced by martial arts, so this had a lot of striking. Moka used a lot of chops to the neck while Juria relied on kicks. Moka managed to lock Juria in the Rashomon for the submission.

This was fine enough for what it was but both women are still green, especially Juria. They have tons of potential though and it’s clear Juria is going to get a huge push one day. **½

Kong attacked Misao before the bell and proceeded to walk over Misao with Raku on her back which got a big pop from the crowd. Watching Misao and her team try to take down Kong was the highlight here.

Aino really carried the weight for her team and looked good. She pinned Toribami with the Venus DDT. Toribami also looked good as usual and worked hard for her team while her teammates leaned more into the comedy stuff.

This was a good mix of comedy and then action down the stretch. Kong ended up taking Misao’s trash can with her after the match, so perhaps they will be feuding. ***¼

This was a show of power from early one. Each woman tried to knock over each other with shoulder blocks and Miu got to show off her strength. Mizunami was in control for a while and also really worked the crowd. When Miu got in control, the crowd went wild, especially when she finally locked in the Giant Swing.

At one point during the match, Chris Brookes on commentary gave a shout out to Michael Cole which made me laugh.

Mizunami made a comeback with some short range Lariats, a spear and then pinned Miu after the Hot Limit.

This was a ton of fun, and exactly the kind of match that is really helped by a crowd that can make noise. ***¾

Noa and Shida worked over Kamifuku for a while. Shida especially seemed to relish beating up Kamifuku.

I wasn’t really feeling this for the first half, but Noa and Shida did manage to turn things up a bit in the latter half. However, Kamifuku and Kiryu are not exactly the most dynamic workers, shall we say. After Kiryu unsuccessfully tried to use a chair, that allowed Shida to gain back control and she soon pinned Kiryu with the Arawashi Driver.

Thanks to Shida’s great work, I thought they made something of this by the end. ***

After the match we got a video announcing Max the Impaler was coming to TJPW for the August 13 Korakuen Hall show.

Both teams got a shitload of streamers for their introductions.

To the surprise of no one, this was wrestled at a frenetic pace. A major story of this match was Riho and Mei facing off as different generations of Emi Sakura students.

Trying to recap the big moments in this is pointless given the speed of it. It was non-stop, and everyone looked great and they were almost flawless in their execution. The way Endo managed to jump up onto the top turnbuckle looked incredible.

Endo had Suzume on the ropes but Mei managed to make some critical interventions and also survived Riho. Suzume turned the tide back in her favor, hit the Ring a Bell, and pinned Endo.

The action in this was great, and hopefully, we get more of the Mei and Riho rivalry moving forward. Meibee Surprise also has the potential to be a tremendous team for TJPW. ****

Windsor had to wrestle in makeshift gear, as her luggage was lost. She managed to establish herself as the heel in this early on and got heat for blocking Itoh’s punches in the corner.

It’s been said for a while, but I need to say it again, but Itoh has become a pretty damn good wrestler. She has the confidence, her moves look good and she fills in her time in control well.

This is my first time seeing Windsor and she’s good. She played the heel well here, and some of her offense looks very impactful.

Itoh unleashed a flurry of offense but missed a Diving Headbutt. That allowed Windsor to go in for the kill with a huge Powerbomb and pinned Itoh after the GTF. There were some good near falls in the closing stretch. The crowd really didn’t react to Windsor’s win, but I think with time, she will grow into her role in TJPW and will do well.

The crowd chanted for Rosa before the bell and Miyu did not look impressed.

They started with some mat work and slowly but surely built up from there. Rosa was in control for a lot of this and managed to cut off Miyu whenever she looked like she had some sustained momentum.

Rosa had Yamashita up for the Fire Thunder Driver but Yamashita escaped and hit a huge high kick to Rosa’s head. Rosa looked in trouble for the first time in the match but she got Yamashita in a Small Package but Yamashita rolled over in it and got the pin on the AEW Women’s World Champion.

This was really good stuff, one of Rosa’s best matches in quite some time. I thought this was beter than Rosa vs. Toni Storm at Forbidden Door. The result isn’t too surprising given they were leaning into the story of Yamashita getting a title shot if she won.

The champion failed in her V5 defense of her second reign with the title. ***¾

MagiRabbits controlled the first half of this, and they worked over Arai. Akai got in there and began to even things out.

Akai and Sakazaki were the standouts here to me. But everyone worked hard, and Arai did not look out of her depth.

I thought this was trending good, but not great, until the last few minutes when things really kicked into high gear.

Sakazaki sacrificed herself and took an Axe Kick from Arai meant for Mizuki. That wasn’t enough to save her partner as Arai then hit the Double Rookie of the Year on Mizuki to get the win in an upset. Those last few minutes were very strong and helped put this into the territory of greatness. They really had you guessing just what team would emerge victorious.

Arai winning a title this soon into her career is a sign that TJPW has big plans for her. She looked very moved to have won the titles and was crying.

The champions failed in their V6 defense of their second reign. ****¼

They worked at a fast pace from the start. Rika also showed more aggressiveness than usual early on, including doing a running hip attack to Shoko’s right knee on the apron. The knee would come back into play later on, when Shoko tweaked it doing a flip off the top rope. Rika then went after the knee with Dragon Screws and the Figure Four.

Rika caught Shoko’s leg on a 619 attempt and turned it into a Dragon Screw which looked really cool. Rika did a Hip Attack off the top rope to the outside that looked tremendous. That may have been the best Hip Attack of all time.

Shoko deserves credit for remembering to sell the knee whenever she did offense. Not being able to bridge a Northern Lights Suplex at all is a nice touch.

Rika got Shoko in an extremely painful looking Dragon Sleeper that looked like it could’ve been the finish but Shoko managed to reverse it to a big pop and then hit the Top Rope Senton for the win. I have to admit I was rooting for Rika in this match, but it was still great. She however, was unable to redeem going under a waterfall before a big title match.

The champion retained in her V4 defense of her second reign with the title. ****

This was a strong show, and it was a good sign for TJPW’s future. I’ve only been following the company for about a year, but this was the best top-to-bottom show that I’ve ever seen from them.

But this show will ultimately be remembered for the cheering. It added so much to this show, and in some ways it felt weird watching Japanese wrestling with cheering crowds. It’s going to be hard to go back to clap crowds after this.

I would consider the 1130 fans they drew for this show a success given they probably had capacity restrictions by allowing cheering. 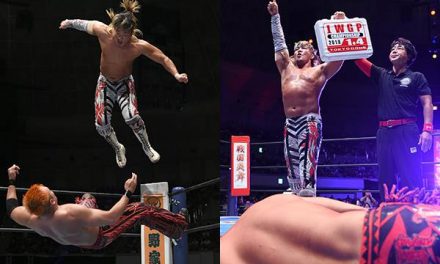 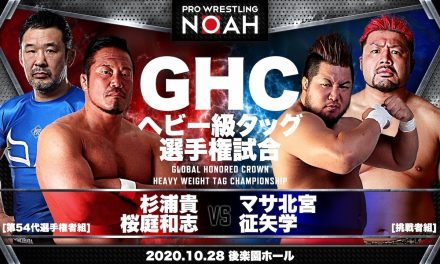