How AEW Evolved From the First Blood and Guts

War Games was a very unique concept created by WCW in the 1980s.

Pitting two teams against each other in an enclosed cage with two rings, the War Games match was meant to be the culmination of a longstanding feud. They accomplished what they were meant to do, but more often than not, they didn’t live up to the hype that they were billed to. 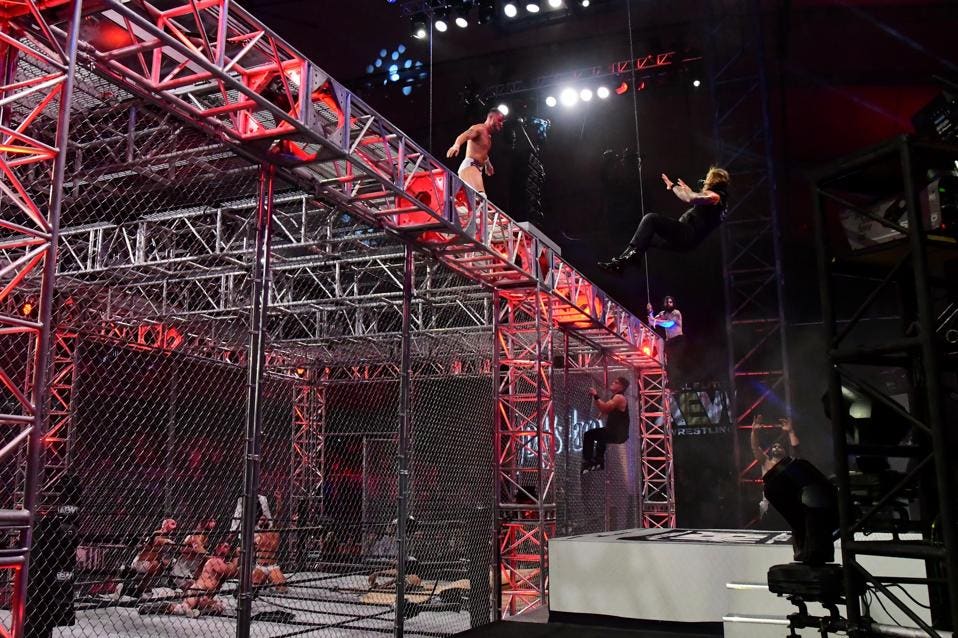 While that match was mostly well-received, there were some issues that arose from the match. As we have seen more often than not with AEW, Khan has done a great job learning from his mistakes and evolving throughout the three-plus years of the company.

Last night’s Blood and Guts match was the epitome of that. There were three things that were improved upon from that first match.

When you have an hour-long blowoff match on commercial television, this task is one that is already had a lot of challenges. While those are present, you can still thrive in this area without much resistance, especially with the advent of picture-in-picture. The original Blood and Guts match was also one of the first with fans back in attendance. During the match, the pacing was off. It started off hot but cooled down consistently until all 10 participants were in the match. Once that happened, each team was in their own ring and they ran at each other like the beginning of a dodgeball game. It felt odd and inorganic, which is exactly the opposite of what you want in a match like this. It should be violent brutality that is somewhat cohesive.

Last night’s Blood and Guts, didn’t start off guns blazing. Claudio Castagnoli and Sammy Guevera had some nice exchanges to start off the match. It made me among others start wishing for a singles match between the two. Once more competitors got added, more and more action and tension built throughout with weapons and violence increasing. The culmination, which also “technically” started the match was well built.

Once Eddie Kingston came in, the pacing got more violent and escalated quickly. Kingston sprinted after Jericho, who was the catalyst of the entire feud. Once he got there, they went to war, eventually ending up on the top of the cage. It was built in a more climactic way that helped deliver a more satisfying conclusion.

.@MadKing1981 is the last man to enter the cage and he makes a beeline for @IAmJericho! It’s #AEWDynamite #BloodAndGuts LIVE on @TBSNetwork! pic.twitter.com/vnqq2dhDYh

Any match like this will have some insane and dangerous spots. This match was no exception. We saw a piledriver onto shards of glass, stakes driven into Daddy Magic’s forehead, and even a Castagnoli swing on top of the cage. The one spot that people want to see is someone coming off the top of the cage.

24 years ago this past Tuesday, Mick Foley was the first one to accomplish the feat, leading to one of the most memorable and dangerous moments in the history of professional wrestling.

In the first match, Jericho took the fall off of the cage onto an obvious crash pad. A fall that was meant to look like a possible death blow ended up appearing like a pole vault rep. Don’t misunderstand me, I want the wrestlers to stay safe, but there are ways to accomplish both looking dangerous and being safe. The fall off the cell didn’t accomplish that but rather ended up being one of a long line of disappointing finishes.

In last night’s match, Guevera ended up being the one to take the bump. AEW did a nice job hiding the crash pad and tables both during the match and with the bump itself. There was a well-constructed cover over the crash pad and there were visible tables after Guevera took the bump. Pair that with it sounding like a standard broken table and you have the workings of a perfect bump: dangerous looking and relatively safe. Kingston and Guevera executed it perfectly with Sammy landing flush in the middle. The spot came off great both on TV and in the building.

In a Blood and Guts match, there are only two ways to win a match: have the other team quit or force your opponent to submit.

In the first match, MJF coerced Guevera to surrender to prevent him from throwing Jericho off the top of the cage. As he is a slimy dirtbag heel, MJF threw him off the cage anyways onto the crash pad. Needless to say, it was an awful ending. The heels not only got the win, but the “death-defying” fall looked like something you would do in gym class.

The pressure was on AEW to rectify the finish.

Chris Jericho cowardly squirmed up to the top of the cage to escape Kingston but Kingston followed him up anyway. They exchanged blows and Guevera came up to help his comrade, only to take the bump of the night off the top of the cage. Castagnoli came to Kingston’s aid and Daddy Magic joined them as well. After some exchanges and a swing from Castagnoli, Kingston locked Jericho in the stretch plum and Castagnoli had Daddy Magic in a cloverleaf. Castagnoli got the submission before Kingston leading to some post-match frustration.

Kingston and Moxley got into a heated confrontation at the conclusion of Forbidden Door over the addition of Castagnoli to the Blackpool Combat Club and, more consequentially, Kingston’s beef with the Jericho Appreciation Society. The story brilliantly coordinates Kingston’s hatred of both Bryan Danielson and Castagnoli, and weaves current AEW stories into the ethereal Wrestling Canon. When Danielson specifically recruited Castagnoli to take his place, he acknowledged their shared histories and reignited one of the best long term (lifelong?) feuds in pro wrestling.

While Castagnoli was going up to the top of the cage to help, Kingston saw it as him upstaging him and stealing his moment. The fallout will surely be answered in the weeks to come.

AEW delivered both an exciting, violent spectacle and a satisfying and intriguing conclusion. AEW’s growth in these types of matches and situations is both encouraging and exciting as a fan. Instead of the show ending on a sour note, fans went home happy and excited about the new direction.

What an epic war here at #BloodAndGuts, and here are your winners, the #BlackpoolCombatClub! It's been an insane night of action here on @TBSNetwork! pic.twitter.com/vthK1PYaJo 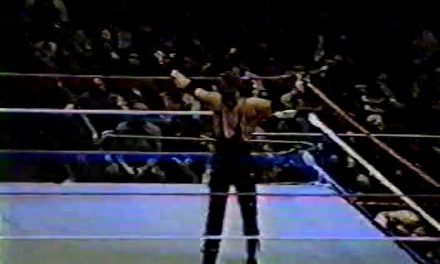