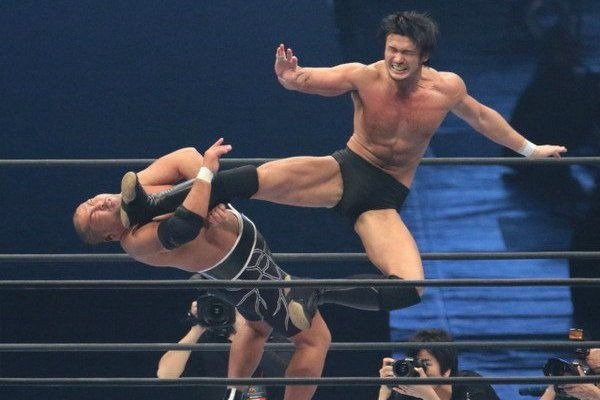 We need to talk about the need to be epic when it comes to pro wrestling.

Bear with me, please.

Epic in pro wrestling means a long match. Something that needs to go a long stretch of time in order to achieve what it aspires to achieve. While there’s a place for this in pro wrestling, it’s not always a popular or correct decision.  In pro wrestling wrestlers at times can get bogged down in wanting desperately for their match to be an all-time classic and stretch things out to fill in every cliche and trope they can to hit that mark. Sometimes they succeed but more often than not the affair feels bloated, worn down, a good match that could’ve been great if you cut out all the filler.

That’s not to say every long match hits that criteria.

On the contrary, I’m a fan of long wrestling matches, when the length is justified. Kazuchika Okada vs. Kenny Omega IV, for example, the length of that match was very much justified and as it pans out it ended up one of the best matches of all time. That was a match where they fit in, stretched out, innovated, and exercised what was in their wheelhouse to near perfection and made magic. This is not an anti-long match article. That would make me a hypocrite

However, there is something to be said for the art of taking a short amount of time and turning it into something truly special, something truly memorable, something truly classic. There is an art, a talent, a gift of precision and timing to pull this off. There is a mastery to it, and when I come across great matches fifteen minutes or less. There is exciting magic to these kinds of affairs, especially when they involve a certain kind of pace in action. The kind that rarely lets up and rarely gives in. I call it the anti-epic. The match that knows it doesn’t have to go long to convey what it wants to convey, what story it wants to tell (if any.) It arrives, it presents itself, it gets lauded, and it leaves. Only to remain in your thoughts for as long as it can afterward.

To an extent, the NJPW G1 Climax at times has been a great breeding ground for these styles of matches. Sure you get your 20+ minute classics (and duds) throughout the G1, but it’s those short sprint nuggets that pop up where you truly get something really special and really talked about. I treasure them so much as I do the long-form matches, and at times perhaps even more so.

Today, I wanted to take the time to explore perhaps my favorite and BEST example of this. Proof of great things comes in small packages (sniker at the innuendo that popped up in your head on your own time) the match that made me a massive fan of two different pro-wrestlers, a fandom that would never die down or out. A match that is both in your face as well as each other’s faces. I’m talking about the legendary, classic, VIOLENT  confrontation between Katsuyori Shibata and Tomohiro Ishii on August 4, 2013.

If you’ve never seen this match—GO WATCH THIS DAMN MATCH!

It’s only 12 minutes long, but trust me on this,  that’s all it needs to be. Every minute of this match means something, matters, and is of importance. This is a fight through and through, two people with fighting spirit burning in their souls charging each other at the very moment the bell rungs and never let up. At times even challenged each other to hit harder than the previous hit.

The crowd is fire. Before the match even tunes up you can feel the fever that is running through the audience, they know they are about to witness violence in its purest and rawest form and they are going to lap it up. As the bell rings both men just charge and strikes each other. This is followed by one of the best flurries of alternating elbows I have ever seen in a match. Neither man backing down, neither man giving an inch, just wailing and wailing on each other as the crowd loses their shit, as I lost my shit.

Shibata might be the more discipline, but Ishii soaks in the punishment, never stops, never surrenders, takes it all in, and dishes it back out. You wouldn’t be wrong for rooting for either of these men to win. Shibata with his serious intent and approach when it comes to pro wrestling versus Ishii at the time an underdog always trying to prove himself, always trying to show he belonged (and it was SPECIAL when he did). This is a pro wrestling match that comes off like a fight, a fight between two men who know the other can end it at any time, so they need to hurry the hell up and end it first. This is the type of match that you don’t want going long, you want it to be entered, get the crowd amped, strike each other hard, and leave. Wrestling isn’t complex no matter how much some fans and some wrestlers try to tell you otherwise. Give the crowd what they want, BOOM. The crowd wanted a fight, so Shibata and Ishii gave them that. Give the crowd what they want, a wonderful concept indeed!

In 12 minutes they put on an absolute clinic in fighting spirit sprints. They put on a classic for the ages. I don’t want to say they beat the life out of each other, if anything they got more and more fired up as the match went I have to conclude they beat life into each other, encouraging each other through their violence and strikes to keep at it and keep on. I was mildly into both of these men before this match, I was INSANELY a fan of both of them once it had concluded. By the time Ishii hit his match-winning brain buster, I was off my couch, adrenaline pumping through my pro-wrestling-loving soul, going “FUCK YEAH” to the point I’m still surprised I didn’t get a noise complaint.

I’m trying so hard not to write a PBP of this match. Like The Matrix, one cannot simply be told about this match, they have to see it for themselves. Is it the best match you’ll ever watch? No, but I’m not advertising it like that. I’m advertising it as the anti-epic, the match that achieves everything those long matches attempt to do in a fraction of the length.  Yes, I love me a good damn epic, there’s no denying it. Pro wrestling matches should strive to be memorable. You don’t have to go long to be unbelievable, to wile something up in your spirit and body to a feverish pitch before you feel it bubbling out and even though you are in your own living room you are cheering, booing, pacing, excited for what is on your TV. If that 55-minute match between two wrestlers doesn’t entice any of that shit, you aren’t watching something worth a damn. If you watch a 10-minute match and for the entirety of those ten minutes not a single hair on your arms has lowered, congratulations you just reached some top-tier level greatness.

Wrestling is a lot of things to a lot of people, but in my opinion, it’s at its best when it doesn’t force itself. Ishii/Shibata doesn’t force anything. It just goes right at you and presents itself as the raw energy it is and you either let it wash over you, or you don’t. I rather watch 12 minutes of violence as opposed to 50 minutes where at the end of it I know for a fact 20 of it could’ve been left on the cutting floor. I wonder how I would’ve felt if Shibata/Ishii had gone 8 more minutes, 12 more minutes, 20 more minutes. Both men would have longer matches with other wrestlers AND MAKE IT WORK, but against each other I needed this wrapped up in a small package (with a tiny bow). That’s what makes it work, that’s what makes it great. It is anti-epic, 12 minutes of pure beautiful violence, and I absolutely love it for that. 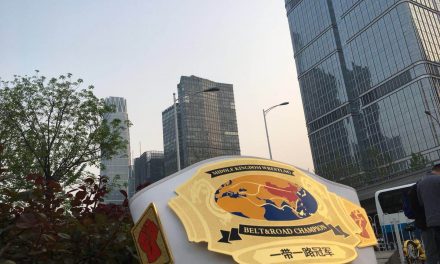 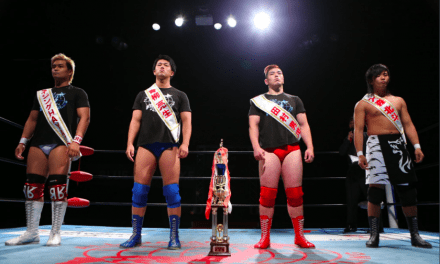