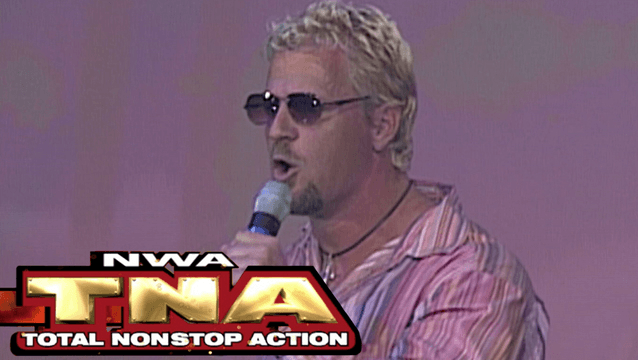 This Sunday (June 19), Impact Wrestling celebrates its 20th anniversary. That’s a statement that at various points during the last 20 years would have seemed like absolute baloney and with due reason – Impact is a promotion that has experienced some real highs and a lot of near-fatal lows.

One of those near-fatal lows came in the early years, when their weekly PPV model, the brainchild of a Jeff Jarrett, Jerry Jarrett and Bob Ryder fishing trip, proved to be an absolute financial disaster and they were forced to rely on a consistent stream of cash from Panda Energy (enter Dixie Carter, stage left).

Referred to subsequently as ‘The Asylum Years’, those first two years of weekly PPVs were a wild time. You had hundreds of talents that were one and done (where’s Cheex at?), some good work and ideas, some bad ideas and some stuff that when viewed now does not hold up at all well.

However, I have always felt that there is something to be said for watching them back. To mark the 20th anniversary of the first-ever show, I’ve done exactly that and rewatched the first-ever episode.

My initial plan was to do this retro review as a traditional weekly TV review, very literally breaking down and recapping every segment and match with a little bit of analysis on the top. That formula been done to death for this show, though, so I thought I’d approach it more like I do with my regular weekly Impact columns here at Voices of Wrestling and offer an holistic view of proceedings.

Ultimately, the main takeaway I had from this show was an element of confusion. Almost every segment of the show had something in it that left me jotting down why in all capitals in my notebook or actually saying the word out loud.

Take, for instance, the Gauntlet for the Gold to crown a new NWA World Heavyweight champion in the show’s main event. Not only was the Gauntlet itself far too long and packed with average to subpar talent, including many who were one and done with the promotion or didn’t return for more than a year (Rick Steiner, Gangrel etc), it seemed a peculiar choice when you were supposedly trying to build in reasons for people to watch the following week. Would an eight-man tournament, with the first-round taking place on week one, not have made more sense?

You also had a number of the better-known talents in the match, namely Jeff Jarrett, Ken Shamrock and Scott Hall, all bash the idea as being dumb. I would understand if it was a heel doing that, particularly one like Jarrett who’d be front and centre of the promotion for years (and years) to come, but Shamrock and Hall were both faces. As a fan, if you’re seeing the good guys tell you it’s dumb, why shouldn’t you think it’s dumb and lose interest?

And, it pains me to say, the Gauntlet, which ended with Ken Shamrock pinning Malice, is by far and away the least odd thing on the show. All but one of the other matches on the show were very limited in length and showcased a bizarre crop of talents. You had a midget match between Teo and Hollywood which wasn’t very good but seemingly pleased the Alabama crowd and two short tag team matches that both ended in heel victories as a result of outside interference.

In the first tag, Richard and Rod Johnson, who are both dressed like giant, skin tone condoms, beat a very young James Storm and Psicosis. While the Johnsons had some good power offense and there was the inchoate notion of a good gimmick there with them working for the man they used to bully, Mortimer Plumtree, the look was so incredibly shindy and would have been the last thing I’d want to showcase on the debut show of a new promotion. James Storm, while no one knew who he was, actually looked really solid and was definitely more of what they should have been trying to push.

The other tag team match saw Christian York and Joey Matthews lose in a little under four minutes to The Dupps, Bo and Stan (the current NWA World Heavyweight Champion Trevor Murdoch). The implication with The Dupps, who shared their manager Fluff Dupp, was that they were inbred Southerners.

The one redeemable match is the six-man tag opener involving AJ Styles, Low Ki and Jerry Lynn against The Flying Elvises (Jimmy Yang, Jorge Estrada and Sonny Siaki) and, in all honestly, it’s actually very good. Styles, Ki and Yang all shine here in what’s a thoroughly entertaining six-minute sprint. It’s a hot start to the show, offering an insight into what the X-Division would become. Unfortunately, the workrate and energy levels drop off significantly after that.

It was interesting to hear Mike Tenay working out his role as lead commentator on the fly during the X-Division match. He was seemingly stuck between offering genuinely interesting color insights into all of the competitors and doing play-by-play. Personally speaking, I didn’t mind it as I’ve always loved Tenay but having West (who I always love) and Ed Ferrara (who I had to Google despite him being billed as “the most influential man in wrestling”) alongside him certainly meant it wasn’t the most polished of debut announce desks.

There’s a preview segment of the following week’s Lingerie Battle Royal, in which Don West tells us we’re going to an early look at the eyeful we’ll be seeing next week. It’s so dreadfully sexist and misogynistic and I actually felt quite dirty watching it. There’s a T&A theme throughout the show with a number of scantily clad women dancing in cages either side of the entrance ramp – again, why?

Now, I don’t want to end on an entirely negative note. The procession of legends at the beginning of the show is a nice touch, even if some of them had certainly seen better days at that point, and I didn’t mind the segments involving Toby Keith and the NASCAR drivers Hermie Sadler and Sterling Martin. They weren’t ground-breaking or anything like that but they weren’t dreadful or total headscratchers like some of the other stuff.

All in all, this is a very bizarre show.

While AEW’s debut shows in 2019 have undoubtedly set a benchmark to assess other promotions against, I found this first NWA-TNA show odd the first time I watched it about 10 years ago and I did again this week. I haven’t seen enough tail end WCW to say that this is like that but it certainly doesn’t feel as fresh or exciting as you would hope the first show from a new promotion to. The acts they chose to feature were mostly all tinpot and their target audience seemed to be a very small one. It’s no surprise really that this weekly PPV model never took off with booking and talent like this. Still, it’s pleasing to think that the promotion has come a long, LONG way since then and that their 20th anniversary show is guaranteed to be a hell of a lot better than their first-ever outing. 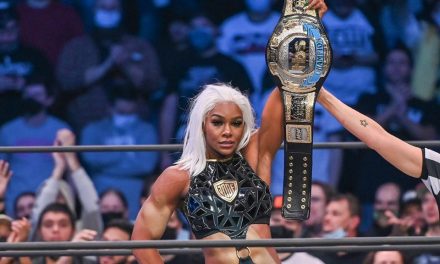 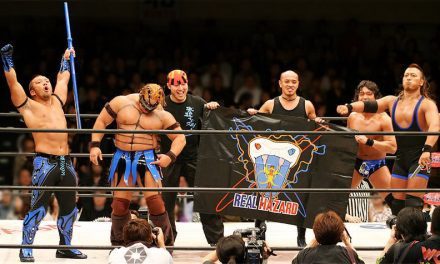