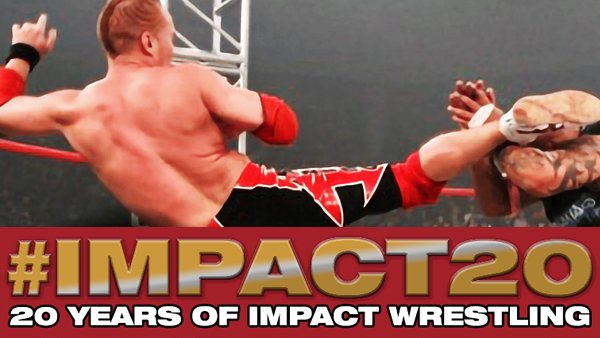 For almost all of its existence, Impact Wrestling served as the primary window to wrestling outside of WWE. From the founding of the company to 2002, to probably until the birth of AEW in 2019, the conversation of wrestling in the English-speaking world outside WWE started with TNA/Impact Wrestling.

Over the years it was often an unrewarding role to play; critics would cite poor production value, smaller crowds and a sometimes questionable roster as a way to dismiss the company as a wannabe promotion that could never hold a candle to WWE’s superior product. For decades, Impact Wrestling toiled in the shadows of Vince McMahon’s goliath; which surged its way into record profits while Impact constantly seemed on the brink of financial ruin.

That reputation was somewhat earned; oftentimes the company made puzzling decisions to try to remain a carbon-copy of WWE; hiring former employees both in front of the camera and behind the scenes and having an irresistible desire to promote those people ahead of any organic, homegrown stars. Over time the company would struggle to create an identity; and for all the good things that TNA/Impact Wrestling did over the past 20 years, there always seemed to be a frustrating thing the company did to balance things out.

During that time period though, the company did serve its role as the primary alternative to WWE. For wrestling fans like myself, who have no memories of WCW, ECW, or any other “major” wrestling promotions outside of WWE, Impact Wrestling was the first time we really saw what pro wrestling could be outside the confines of Vince McMahon’s limited imagination.

I first heard about TNA when I was 11 years old; Impact Wrestling was coming to Spike TV and they started running commercials during RAW and SmackDown that I saw hyping their debut.

When I watched the promotion; what stood out to me was the X Division. As a kid, I always enjoyed the high-flying, acrobatic wrestlers, and I had never seen anything like the kind of work that wrestlers like Amazing Red, AJ Styles, Alex Shelley, Christopher Daniels, Chris Sabin and other wrestlers were doing. It wasn’t just the athleticism, but the pace and aggression that the wrestlers were showing; it was so different from the WWE house style that was the only type of wrestling I had ever been exposed to.

One of the things that stood out to me was that that style of wrestling was easier to show to non-fans, like some of my friends or my dad. The athleticism and speed of the wrestlers was so obvious that even skeptical friends and family could admit that the wrestlers were “real” athletes. The same could not be said for The Undertaker or a plodding Triple H matches; those matches might appeal to wrestling fans, but they were a tough sell to any non-fans who didn’t really buy into the spectacle of pro wrestling.

The work of the X Division made pro wrestling feel cool and more acceptable, which was important to myself as a teenager, even if I didn’t admit that at the time.

The interest in that kind of wrestling would prove to be  Impact Wrestling’s biggest influence in pro wrestling. Not only did it increase my (and many others) interest in Impact, it opened my mind to all different styles of wrestling from different companies. I first got into indie wrestling because I wanted to watch Amazing Red matches on YouTube, and found a seemingly random six-man match from Pro Wrestling Syndicate between Amazing Red, Tony Nese, Rich Swann, Pinkie Sanchez, Brian XL and Javi Air:

In hindsight; the match is not that different from many other indie scramble matches with a ton of spots. However, just like when I first saw the X Division, the crazy style of the match was like nothing I’ve ever seen before; Rich Swann did a standing top-rope frankensteiner and I was hooked. I had to see more wrestling like THAT. That led to me watching more indies, and finding Ring of Honor.

The influence of Impact didn’t stop there; I first got into wrestling from Japan really for the first time when I saw a DVD featuring matches from the World X Cup, which predated my time watching Impact, but still seeing the DVD and seeing the speed and technical skill of wrestlers like Masato Yoshino and Milano Collection AT made me needing to see more from wrestlers in Dragon Gate and NJPW.

Over time, I stopped watching Impact; the Eric Bischoff/Hulk Hogan era, coupled with the eventual loss of AJ Styles, crippled any enjoyment I could find in the product and by that point, I was heavily invested in NJPW, ROH and various indies. While the product has improved since those days and I will watch a couple of Impact shows per year, I’ve never really been back as a regular viewer and I doubt I ever will be.

There is too much great wrestling readily available today, it would take something really incredible for me to dedicate the time to get back into Impact.

In some ways; Impact capped its own popularity. The interesting aspects of the product opened the imaginations of fans, who then sought out other alternatives beyond Impact; which in turn led to them finding other companies that were more complete and more consistent than Impact, which was always struggling to figure out its identity and what it really wanted to be as a product. In another world; Impact is as successful as AEW is today, but the company couldn’t never fully shed the idea that it needed to be sports entertainment and it ultimately lost its position as the primary alternative to WWE.

Still, for two decades the company has survived and has expanded the imaginations of countless wrestling fans under the age of 30. Even if that role has been reduced in recent years; the company will always have that legacy with a young generation of fans, and every type of wrestling that has managed to find a foothold in the English-speaking world outside of WWE in some ways owes Impact for opening that door.

On the latest episode of the Gentlemen’s Wrestling Podcast, Jesse Collings (@JesseCollings) and Jason Ounpraseuth (@JasonOun95) talk about the impact Japanese talents are making across wrestling in the United States. From top NJPW stars working at Forbidden Door, to old legends and joshi talent popping up on independent shows, they break down the wide variety of ways puroresu talent are impacting wrestling in America this year. 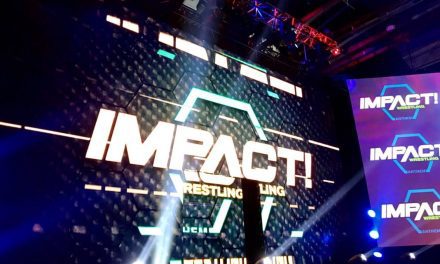 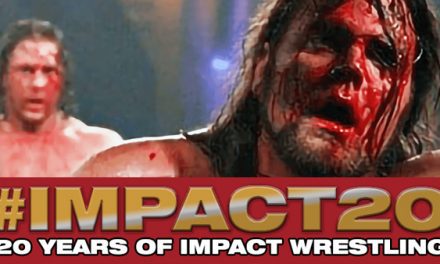