Improving The Owen: Ideas on How to Make It Better in the Future 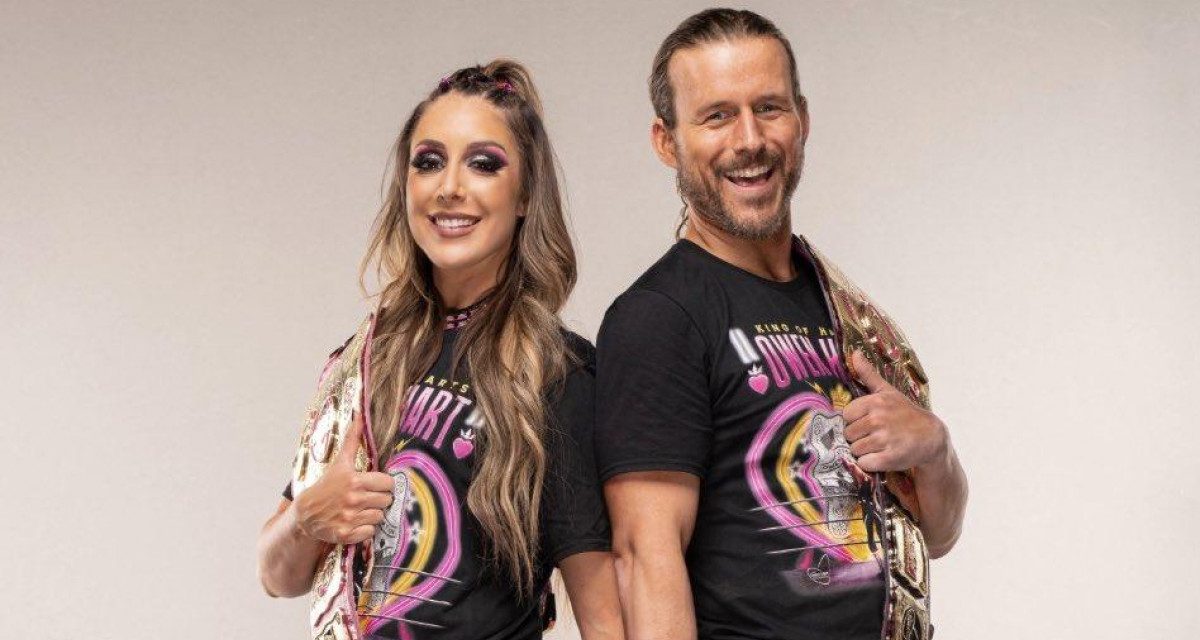 Let me get it out of the way before I start this article, overall I think the Owen Hart Tournament is a wonderful idea. I am so glad that Owen’s family has an outlet to celebrate and share that celebration with fans of his life and legacy.

Martha Hart’s moment at the end of it was fantastic and the highlight of the first iteration. It’s a great idea, one I support, and despite the below criticisms I’m about to levy I’m glad the tournament happened. No doubt in the future iterations of the tournaments things can be improved on and fixed as there is now at least a rough draft of the tournament that can be edited, corrected, and expanded on. That is not a bad thing. I don’t think it would be fair to not expect the first iteration to have its rough edges, its duds, and its errors.

All that said, I felt when the whole package was eventually over this year I was left with a feeling of “well that’s over” which is not how I should be feeling after a tournament that was initially hyped as so important and prestigious.

In the end, The Owen, with the exception of the spectacular Marth Hart segment, felt like a lot of filler content which is a shame.

The Owen should’ve been far much more, with some of the top wrestlers all vying for something prestigious and significant because it MEANS SOMETHING. Instead a lot of times the tournament felt like it was treading wheels, stuck in second gear, never really getting going. There were some good matches but not a single match I would put back on rewatch/replay. Nothing really stands out, except maybe Hardy and Allin killing themselves.

I’m not Mrs. Fix-It. I don’t always have the answers and solutions to problems, but next year I’d like to see some changes and fixes to the Owen that will hopefully make it better and more improved. I will levy some criticisms here and offer some suggestions to them. I will say again on repeat, The Owen is a wonderful idea, and I hope Tony Khan and the company take the time and energy to look at what went wrong in this tournament and use it as motivation and fuel to turn it into the tournament it deserves to be in the future.

The qualifying rounds were okay in theory, but in practice were huge time wasters that didn’t feel significant, or add anything substantial. Worse, they were never-ending, making the tournament feel like an afterthought. The qualifying rounds felt like an eternity while the tournament itself was over after you blinked. That is unacceptable. I wouldn’t have qualifying rounds. You have a ranking system, use the ranking system to decide entries, placements, and opponents. You don’t need qualifying, it did nothing but take up space and produce minimal memorable matches.

The Owen should’ve been the spotlight, the only spotlight, and that spotlight got delayed, and taken away for too long due to qualifying matches that had no spark, no bite, no meat to them. Eliminate the qualifying round and get straight to the main course that is the Owen Tournament that is WHAT we wanted to see, not a bunch of matches where the qualifying winner was rarely if ever in doubt. That is what we call filler episodes, and they do not move anything along.

2. Expand the Length of the Tournament (Competitor and Time-Wise)

Speaking of which, if you eliminate the qualifying rounds, you can have a longer and wider tournament. Truth is The Owen felt rushed, and squished in an amount of time. It felt, to me, more of a “Holy shit, we got to get this done now!” than as substantial and as thought out as it should. That is unacceptable. The Owen Tournament needs time to breathe, time to grow, time to develop, and it WASN’T given any of that in this initial iteration.

Eliminate the qualifying rounds and increase the field from eight to sixteen and now you got something going on. Now you got time to build and develop. You got a worthwhile field (With a ranking system if you’d like for placing) where upsets can happen, stories can develop, runs can be had, and heartbreak and triumph can happen. It’s not an absolute problem solver but I think it’s a big one. The Owen shouldn’t have been a flash in the pan. Something you heat things up quickly (or fail to in this case) and then remove. It should heat up low and slow until it’s at a fever pitch just waiting to be served hot and ready. I think this is a big improvement that can be made. We don’t want/need qualifying just give us the tournament in a bigger and expanded format. Give it the spotlight, time, and size it deserves.

With MINOR exceptions (Kris Statlander vs. Ruby Soho for instance) most of the matches were easy to determine, easy to figure out. Even Adam Cole and Britt Baker as the ultimate winners wasn’t that hard to predict once they both made the finals and you could see the ending they could achieve. Now, not every match needs to be an upset (Otherwise upsets don’t matter or feel important), but would anything of been lost if Dax Harwood had gone over Cole for instance? Harwood coming close to the finals and just missing it would’ve been exciting, interesting, and gotten the crowd invested far more than what turned out to be a pedestrian Cole run to ultimately winning.

With a tournament of sixteen though, you’d have more room for this kind of thing. You could spare two or three upsets (Again not too many) in order to give that “anything can happen in this tournament” feel. You could add some excitement and intrigue to the tournament. Leave fans wondering “can wrestler Y pull one over X and make it to the semis” for instance. The Owen this year felt way too predictable and way too predetermined to add any real excitement or interest, and that’s a damn shame. Without those two elements, you lose two major hooks of pro wrestling to sink into the fans and give them an investment.

4. The Matches Need To Be Better

Now, let me be clear, not everything needs/needed to be a four-star banger plus affair. But a lot of these matches that happened during this show were, very forgettable the moment they were over? I know that sounds harsh, but it was true. In a tournament where talent should’ve been showcasing their very best and putting on the highest of efforts they could, a lot of these matches felt painted by the numbers. With some exceptions, there was little urgency or drama in many of the matches. Overall the effort felt lacking and low-key.

Again as already been stated, that’s not to say the matches were bad. Truth speaking some of them were good, but even the good ones didn’t click or spark how they needed to. It’s hard for me to even recall what the tournament lineup was. I only remember the finals because they were the finals, and even they ended the tournament on a painful whimper. Soho/Baker at least felt like it had some urgency to it, while Samoa Joe/Cole seemed like they slept walk through their AEW Dark quality type match. It was truly disappointing. In future tournaments, I hope matches are given more effort, urgency, and drama to make them more memorable and worthy of buzz. This tournament’s failure to generate any of that was a massive failure.

This one is admittedly objective, and opinions on this could definitely change, but was there a more boring path to the ending than the “Power Couple” of Britt Baker and Adam Cole winning? What a bore. Soho getting her big win would’ve been nice. Harwood overcoming the odds of making it to the finals and WINNING would’ve been fantastic. Darby Allin earning something for all the times he tries to kill himself to win would’ve been great. Hell putting the rocket on Statlander and giving her a damn moment would’ve been freaking sweet. Nope, we went with Baker who always gets the spotlight, and a bland and boring Adam Cole (sorry, but in AEW he has been the equivalent of non-buttered partially toasted bread.)

That is the least interesting route they could’ve gone. They have so much talent, the talent that could’ve benefited from a tournament win and spotlight and instead, they gave it to Cole and Baker. That’s inexcusable and unacceptable in my eyes. Again, this is a subjective criticism, although I guess in fairness all my criticisms are, this one really put a damper note on what was already a flat tune. Cole/Baker did not spark any excitement in me, any interest, and all it did was cause me to sit in my chair while watching their lives wondering “what this tournament could’ve been”. It could’ve been so much more, it DESERVED to be so much more.

Also, maybe next time not go with two heels for your tournament victors? Just saying, that didn’t help with anything.

Let me reiterate once again, that this tournament is a great idea. This tournament is a significant and important idea. I am behind it 100 percent, but it didn’t land this go around. There are opportunities for it to do much better in the future as it will be an annual thing. I look forward to seeing what if any improvements are made in the future to better the tournament and make it a more exciting, fun, and prestigious event.

My opinions and criticisms above are just a sampling of ideas/considerations/possibilities than can be done. I love tournaments, I love Owen Hart, the marriage of the two has many roads to success, just in this instance, they didn’t choose any of them. But I have faith and hope in this instance. I think they can nail it out of the park next year. Maybe next year is where the Owen really kicks off, takes off, and gets into high gear. The Owen is a great idea, now it just needs great execution to match it. 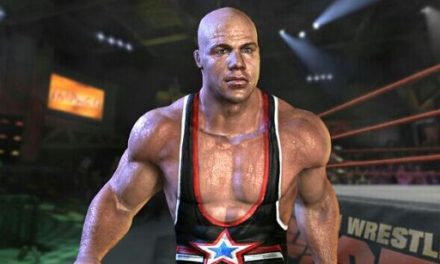 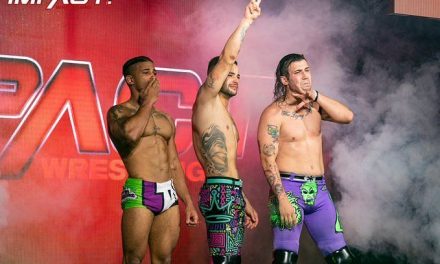 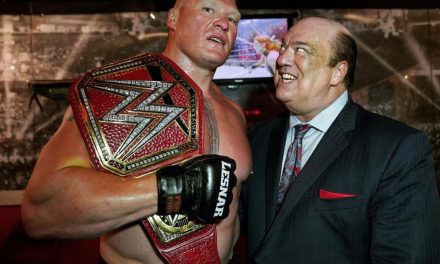 Money In The Bank Is WWE’s Most Destructive Booking Crutch 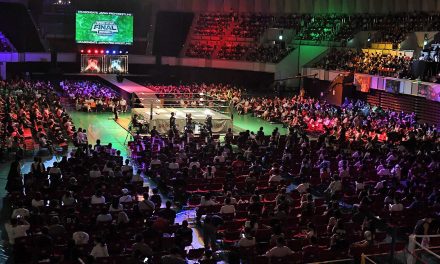