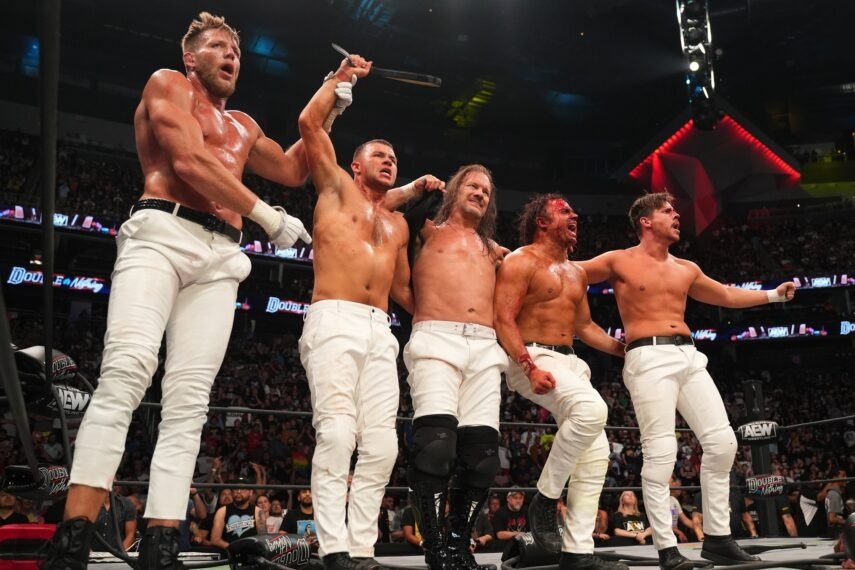 One word that may best describe me is “fickle.” In the last six weeks or so, I have found myself drifting away from my typical enthusiasm for pro wrestling. Though my interests seem to be ever-changing, since the early to mid-80s one constant has been my love of pro wrestling. How immersed I am in it may have changed over time, but since childhood, it has been a large part of my life.

In 2022, I made a conscious decision to stop watching bad wrestling because it was killing my overall interest level. In my quest to watch only the good shit, I began reading recommendations from trusted sources online. Upon recommendation, I was consuming the Four Pillars Era of AJPW—which I am completely not initiated to—current NJPW USA—which started out hot but has chilled recently—and the current gold standard: All Elite Wrestling. As fans, we have it better than any generation preceding us. No era prior can compare due to the massive amount of quality matches we have access to. Though having access to every current promotion currently or historically making tape looks good on paper, in practice, I found myself becoming increasingly unhappy with the ritual of finding it and viewing it. Watching good pro wrestling was beginning to resemble firing up Netflix without a specific show or movie in mind, a dead-end of scrolling promotions and matches. Frustrated, I began drifting away again as I did 2016-2019. Maybe a break from this life-long passion of mine was in order.

Even though I had begun reviewing NJPW Strong weekly in February for VOW and in doing so I felt a purpose to remain involved in current product, Strong began feeling repetitious to me. I haven’t reviewed it in weeks even though I have watched every episode, it feels like there is no juice for the show right now. Feeling energized and confident because I started writing again, I began writing a series in March called Unheralded, basically a way for me to get the thoughts out of my brain onto a platform. The first two submissions essentially have served as a way for me to use writing about wrestling as a type of journal. These two columns mean more to me than the matches written about. In fact, the matches became secondary to the ability to present my thoughts cogently to the public. I will probably continue this for as long as Rich Kraetsch and Joe Lanza will allow it.

Out of habit, I ordered Double or Nothing approximately two weeks prior to the event. Frankly, nothing on the card gave me the feeling that I would witness anything remotely similar to many of the instant classic matches on Revolution 2022, Full Gear 2021 and All Out 2021. I am happy to report I was very wrong on this assumption. I should have known not to doubt this promotion when it comes to its desire to surprise their fans.

Admittedly, I have never seen the (in)famous Stadium Stampede matches which took place while the world was in the throes of a global pandemic. I have read the discourse, listened to widely varying opinions and decided neither incarnation of this match style is for me. Stadium Stampede and its ilk of cinematic matches, although very innovative, do not represent the type of professional wrestling I want to consume. It comes as no surprise they were mostly conceived by Chris Jericho, not because Chris is not the consummate pro wrestler, but because he IS the consummate professional wrestler. Jericho understands the phrase ‘necessity is the mother of invention’ better than most. The number of times this man has reinvented himself is unreal. His time in AEW, only three years thus far, has seen him adapt to the rapidly evolving roster with the nimbleness of NFL legend, Barry Sanders in his prime.

It would come as no surprise to me, Anarchy in the Arena was his creation.

Double or Nothing 2022 is likely to be a divisive show for fans. Prior to writing this, I began listening to the Flagship Patreon Instant Reaction of it but turned it off about 20 minutes in once I decided to write this column. Much like Joe Lanza, I do not like my initial thoughts to be tainted by the opinions of others. I heard enough of the podcast to know I do not completely agree with Joe or Rich on the quality of Double or Nothing as a whole. I am not sure I can give the entire effort a thumbs up based on one viewing. Total candor, I tapped out during the three-way tag match and watched the final two matches the next day.

The only way I can describe the Anarchy in the Arena match and do it justice is; PURE WRESTLING GOLD. This match is easily all-time favorite for me and my MOTY of 2022 so far. From the exquisite ridiculousness of the Jericho Appreciation Society’s matching gear to the maniacal conclusion of this epic contest, I was completely entertained.  This is a match whose mere existence gives me hope for the future of the art of professional wrestling. The innovation of looping X’s “Wild Thing” in the arena while the competitors beat the living shit out of each other similar to a climactic montage scene from a low budget Hollywood action film, to the genius callback conclusion featuring Jake Hagar utilizing the ring rope to choke out Bryan Danielson akin to Daniel Bryan using Justin Robert’s own tie to choke him out so many years ago. The payoffs featured in this match mostly had the subtlety of a sledgehammer which made it even better for invested fans of the product. But, an admirable quality of AEW is that they do not make their product so heavily laden in past storylines or ‘lore’ that new or casual fans can jump right in and enjoy it.

Even if you have never seen it, most long-time fans are familiar with the concession stand brawl from the Memphis territory in 1979. Eddie Kingston clearly knows this match well as he and Daniel Garcia gave us a contemporary version of it. Chris Jericho and Jon Moxley fought like their lives depended on it while including a call back to early AEW with Jericho attacking Moxley’s eye with a spike or a fork. Speaking of subtle sledgehammers, almost every wrestler wore white in one form or another. Savvy fans know this usually means one thing; blood is going to flow. Boy, did the blood flow tonight. Every participant other than Jericho and Hagar seemed to be wearing the crimson badge of honor by the conclusion. Kingston showed his unapologetically dark side near the end when he stumbled his way to the ring with a gas can(!) in hand, pouring a presumably flammable liquid over Jericho’s head all the while retrieving a lighter from his pocket. If it weren’t for the actions of Bryan Danielson, we may have witnessed an international incident to conclude the night. The eventual payoff here will hopefully be a match between Kingston and Danielson in the near future.  Although I am not expert enough to know all the callbacks and payoffs during this match, I do believe this epic encounter deserves some of the highlights to be recognized:

It was a welcome feeling to actually have real reactions to many of the moments in this match. After watching it my passion for pro wrestling is back! It was fun to watch this match with someone who typically couldn’t care less about pro wrestling. My wife walked in the room as this match was beginning. As most who read this know, having a non-fan enter the room while pro wrestling is on can be quite stressful. The reactions and subsequent blank stares as you try to explain why what you are watching is awesome, can really suck the energy out of the moment. I prepared myself to have to explain why on Earth this spectacle was making me react the way it was. A few moments in, it was clear to me, she loved everything about Anarchy in the Arena. The spectacle of the encounter was entertaining enough to make her put her phone down and watch to its conclusion. Anarchy in the Arena as a gateway drug for a new or curious fans? In the borrowed words of Matt Menard, ‘Now that’s entertainment!’

If you haven’t yet, SEE THIS MATCH!

Next up: A WWE match from 2011 featuring two current WWE superstars, one of which has the esteemed designation of being both a WWF and WWE Superstar. 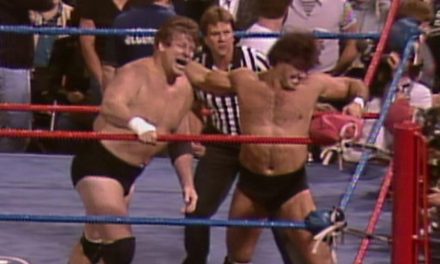 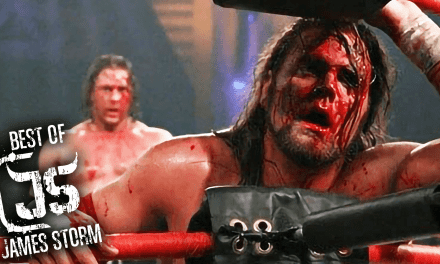