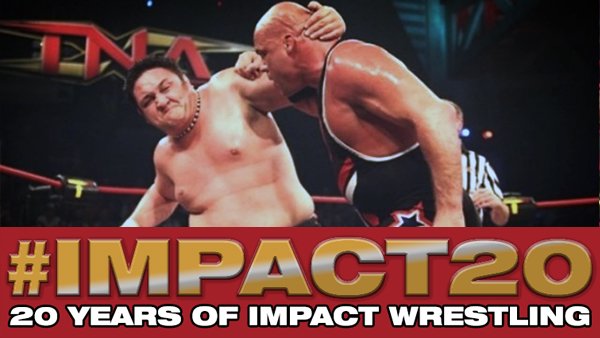 Very few promotions have experienced the cumulative ups, downs, highs and lows that Impact Wrestling has since its inception in 2002.

Through all of the company’s various names, ownerships and management structures, they’ve been the hot trendy new thing, the laughing stock, the forgotten name and everything in between.

Although they’ve lurched from crisis to crisis at times, they’ve ultimately proved hard to kill and still retain a significant foothold in the wrestling landscape.

On June 19, Impact will celebrate their 20th anniversary. That’s a milestone worth celebrating, so Voices of Wrestling will be doing exactly that throughout June with our #Impact20 series.

This month, we’ll feature retro TNA & Impact Wrestling reviews, recaps of the biggest matches and moments of every year, guest columns, special podcast features courtesy of the one and only Garrett Kidney, and a lot more besides.

You can find all of our #Impact20 columns and coverage here.

Strap in and cross the line.

Hey guys, this is Voices of Wrestling editor Rich Kraetsch and I wanted to add a quick note to Andrew’s #Impact20 intro. Andrew didn’t want to sound vain or brag too much but too bad, he’s done an amazing job covering Impact for this website over the last handful of years and well, I want to brag about what we as a website have done for Impact & TNA over the years.

Over the last eight years, no other major wrestling website has covered TNA or Impact Wrestling as Voices of Wrestling has.

From our original TNA Impact reviewer Dylan Hales to the great Garrett Kidney and now Andrew Sinclair, no other website can boast the breadth and scope of analysis and coverage these three and countless other website contributors have given to TNA and Impact Wrestling. Dylan’s coverage set the standard for weekly television show reviews on this website, when Dylan finally threw in the towel, we were recommended Garrett as someone who was more passionate than anyone in the world about TNA. That was an understatement. Garrett knows more about TNA and Impact Wrestling than anyone on the planet. Not a single human on earth has more passion, good or bad, for TNA than Garrett. That we were able to have him write reviews for years and now host a TNA podcast on our network is a privilege. Then as mentioned above, Andrew had the biggest shoes in the world to fill… and somehow has. Andrew’s taken a unique approach to covering Impact over the last few years and his columns are the standard-bearer for how I see this website’s coverage of American wrestling. Not a day goes by where I don’t link a prospective VOW contributor to one of Andrew’s columns and reviews and say “Try to do it like this!” I’m immensely proud of the work Dylan, Garrett and Andrew contributed and feel lucky that my dumb little website was able to house all three of these tremendous writers.

Over the last eight years, Voices of Wrestling has featured hundreds of Impact Wrestling event previews and weekly show and major PPV reviews as well as great retrospective columns, analyses of some of Impact’s most famous and important moments and so much more.

TNA and Impact Wrestling has also been a major part of this website and its podcast network from the moment we started just over ten years ago. From a frequent topic on The Flagship Podcast to our current TNA retrospective series You’ve Got to be Kidding Me.

Sure, it hasn’t all been positive but it’s been honest and most importantly, it has been passionate.

So join us in celebrating 20 years of Impact. The good (there’s more than you probably think), the bad (oh there is a LOT of bad), the ugly (some of that too) and everything in-between. 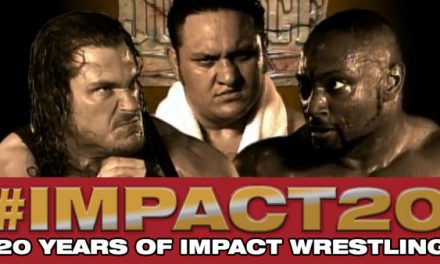 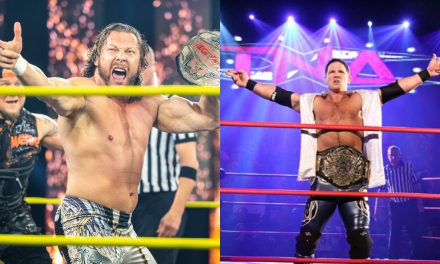 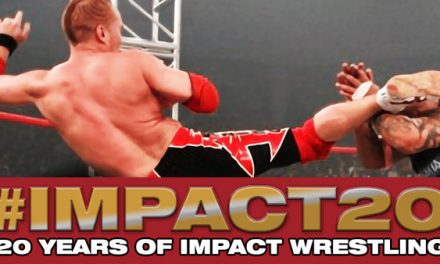 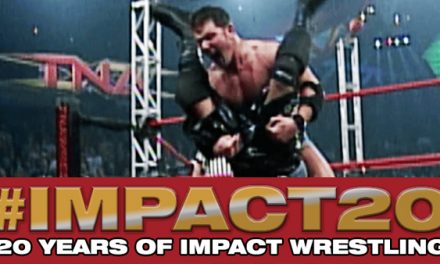