The Shit Hit the Fan: My Live Viewing of Anarchy in the Arena 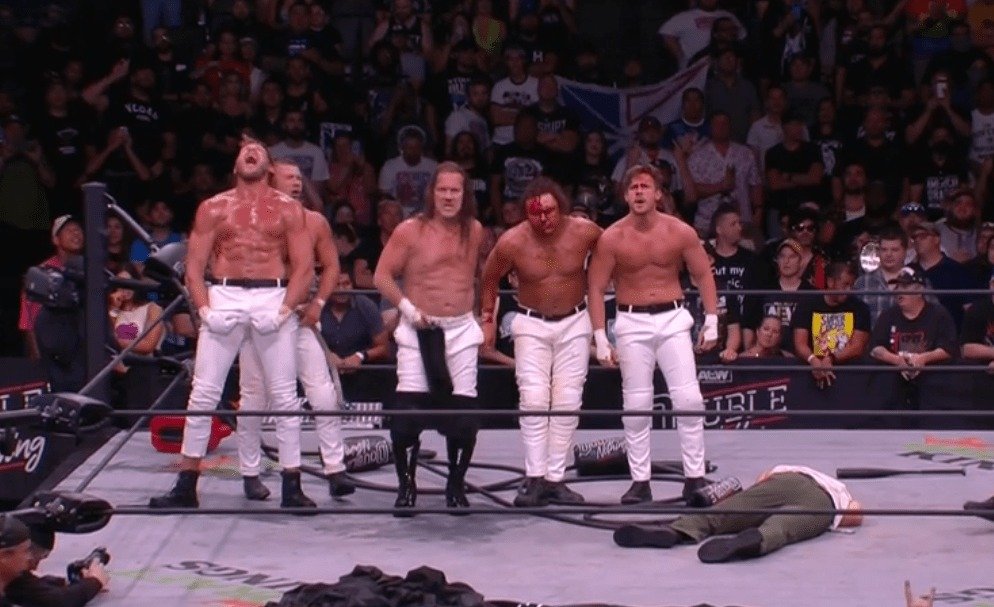 Justin Roberts stood in the ring. He seemed hesitant, unsure as if he was trying to find the right words as he knew a normal introduction would not do justice. Then he said them, words which I now consider immortal and the crowd cheered their approval at how he summed it all up.

“Shit’s about to hit the fan”

With Justin Roberts’ warning delivered in only the way he can, and with all honesty mustard, the table was set for what would end up being one of the wildest and most chaotic matches in AEW history. 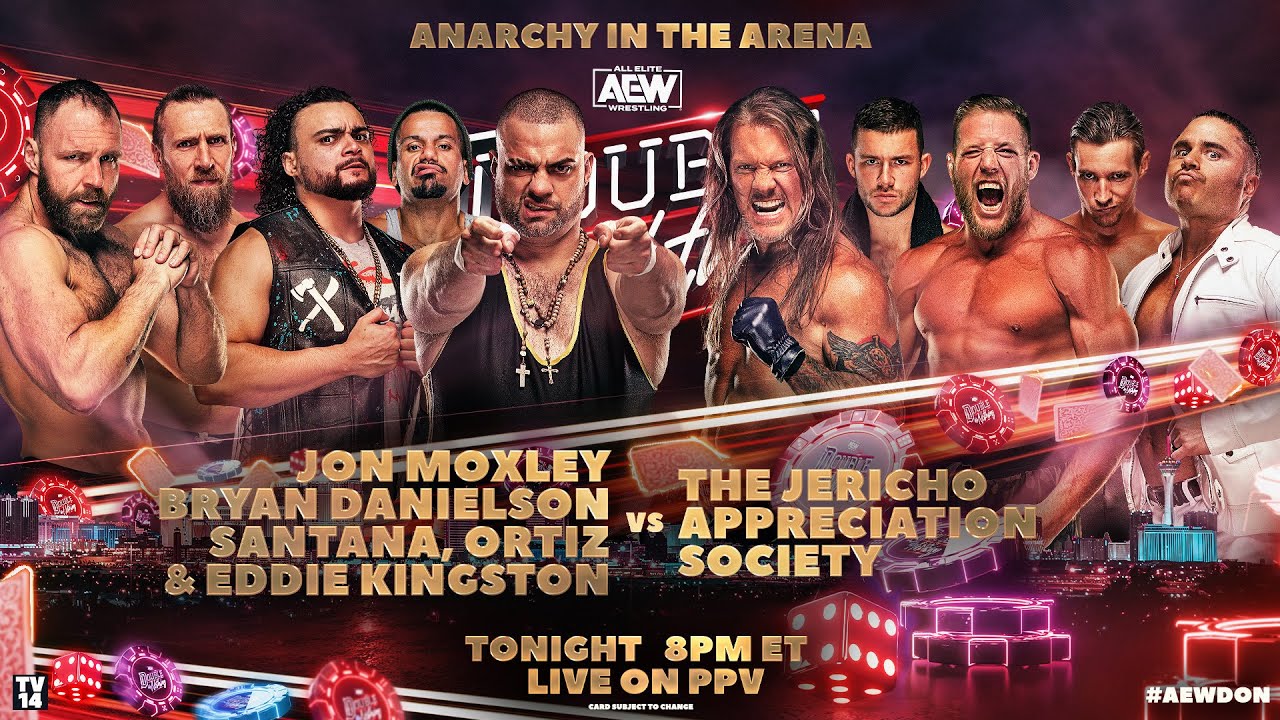 Having been at this show live, I can honestly say you could feel the energy and mood shift the moment everyone knew the match was about to happen, and Justin Roberts’ explanation only added the fuel to an already passionately burning fire. You could feel the stomachs of 13,000 fans growl in unison as we were all ready to devour the offerings that were about to be given to us. An offering of violence, blood, and chaos. If wrestling fans were gods, and trust me we’re not, Anarchy in the Arena is the match given to us to appease us.

How to explain Anarchy in the Arena. It’s like the matrix. You can’t be told what Anarchy in the Arena is, even though I’m about to do just that, you must see it for yourself. I must confess, I had my reservations about this match going into it. I was worried it would be too cute with how it ended up copying the previous Stadium Stampede. Matches which, while I admit served their purpose and function, I feel were best left in the pandemic area. An area where we were given plenty of experimental mini movie-style matches that ranged from bad to… ridiculous but enjoyable. I can count on one hand, maybe half a hand, how many of those matches I ended up finding to be worth rewatching.

So not knowing how this was going to go I was apprehensive. How exactly would this go down I asked myself?

It would go down violently.

Turned out it was exactly the shit-kicking, ass whopping, blood feud fuel I needed and crave. This wasn’t like those pandemic area matches, this was live, this was loud, this was brash, bold, blood pouring hatred carving the hell out of each other. This was violence as a living and breathing art form and I took it all in. This might be one of the most chaotically entertaining things I’ve ever witnessed at a live wrestling show. The kind of match that makes me glad I went through exhausting ass travel to attend. If violence is art then these ten men were collective the most famous Rennaissance painters and this match was their magnum opus.

I won’t pretend I followed everything that happened, that would’ve been impossible. There was so much going on to the point of damn near sensory overload for me. With Wild Thing pounding over the speakers as the match officially went on, and then repeating to the blood-thirsty crowd’s delight, this match was insane. I feel like that bears repeating. This… match… was…. insane. It’s hard to, damn near impossible actually, to count and explain everything that happened. No one was spared the violence, almost all the competitors openly and willingly shed their blood for this match. You had competitors getting put through tables, competitors jumping off chairs, you had the ring deconstructed, a table topped with a board of barbwire, you had a baseball bat, you had hard strikes. You had it in the ring, on the floor, through the crowd, and throughout the arena. If you can think it, they probably were there. You had wrestling in the disco, wrestling in the taco bell. (Okay, so I may have been paraphrasing a song quote there, but work with me, what I’m trying to say is this shit was everywhere.)

I have never personally felt such maddening energy from a wrestling crowd ever as with this match. It’s not the loudest or most frenzy pops you’ll ever hear, but it was definitely a kind of energy that matched this match. It was as if 13,000 of us had done cocaine in Vegas simultaneously and now we were all living up the damn high during this match. Beachballs were thrown, this is awesome chants were cheered, people laughed, screamed, cursed, applauded, booed, jeered, it wasn’t a party it was anarchy as advertised. I craned my neck trying to find and see everything that was going on, I’m pretty sure I made myself sore doing so. Even with the help of the video screens, it was impossible to do so, but it didn’t matter. YOU… COULD… FEEL IT. If you couldn’t see it you could feel it through the crowd and feel it penetrate your skin and get into your body. What an experience. What you did manage to see as you scanned the arena/screen hit even harder as now your eyes matched what your mind was thinking, and what your mind was thinking was already pretty freaking wild.

Perhaps, and rightfully so, nothing will define this match more than THAT image. I don’t even have to spell out what image I’m talking about. The image that is pouring into your mind as I say those words. If for some reason it doesn’t form let me spell it out, Eddie Kingston, bloodied, fuel container. Perhaps one of the most powerful, chilling, brutal, and awestruck images in pro wrestling you will ever see was the moment Eddie Kingston walked out bloodied carrying a fuel container with evil intentions toward Chris Jericho. 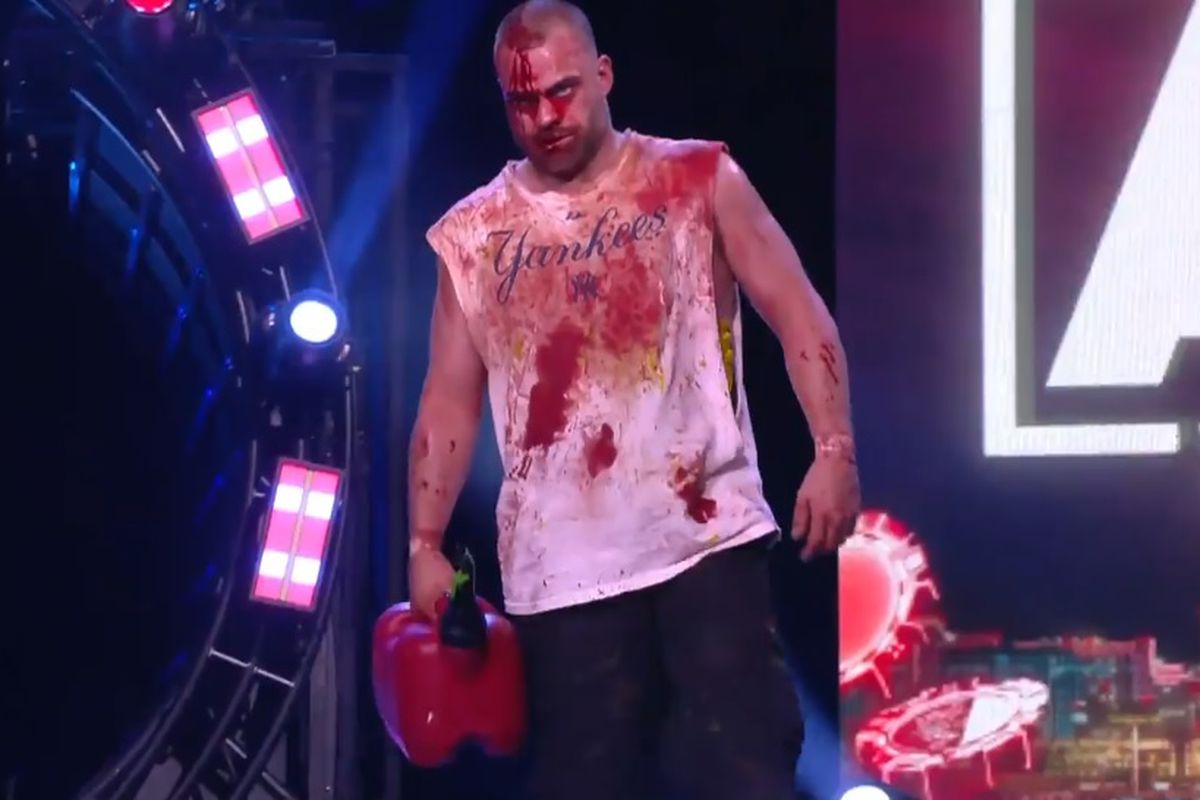 Evil intentions that would cause him and Bryan Danielson to clash and ultimately lead to their demise at the hands of the Jericho Appreciation Society. I have thought of that image at least once a day since that match happened Sunday and I don’t expect that to change anytime soon. It is burned into me.

This was sports entertainment clashing with pro wrestling in the most bloody and beautiful way possible. It’s hard to even call this a wrestling match, even though it was, it was more a spectacle, an event, a moment in time where ten competitors came together and decided we aren’t going to create magic, we’re going cut, carve, slice, scratch, and pour our blood out all over this place to create something memorable, and what a brutal masterpiece it was.

AEW has had bloody wars, AEW has had chaotic matches, and AEW has had brutal and hard-hitting affairs, but I think this is the match they all car cashed together and out of that wreck Anarchy in the Arnea was born.

I will never forget attending Double or Nothing live and attempting, and failing, to indulge in everything this match has to offer. I want to rewatch it again and again so I can catch the things I may have missed otherwise. It was all over the place yet somehow in your face at the same time. It was pro wrestling and sports entertainment. It wasn’t a marriage of the two though, it was a violent clash that as they blurred, bloodied, and mangled each other you realize to both your horror and delight they were mostly one and the same.

As the Jericho Appreciation Society stood and stumbled tall at the end of the match and we rain our boos down upon them, it will not change the fact that we had witnessed a damn spectacle. I would ask all ten men to take a bow, but most of them probably would’ve toppled over due to exhaustion and/or blood loss if they did. Anarchy in the Arena is a match that shouldn’t happen again for a long while, this should be able to stand on its own for as long as necessary.

As I left the arena that night, this was the match that tumbled into my head the most. As I got on my overnight flight home the next night it continued to tumble around in my head. It will stay there for a long time.

The shit had hit the fan, and we were all glad for it. 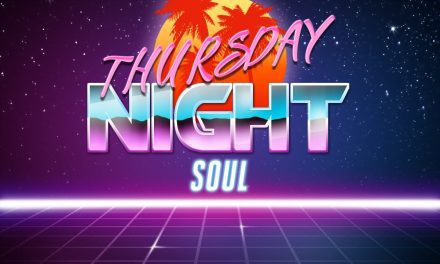 This Week in Independent Wrestling (August 12-18)

All Hail the Queen: Why Charlotte Deserves Respect