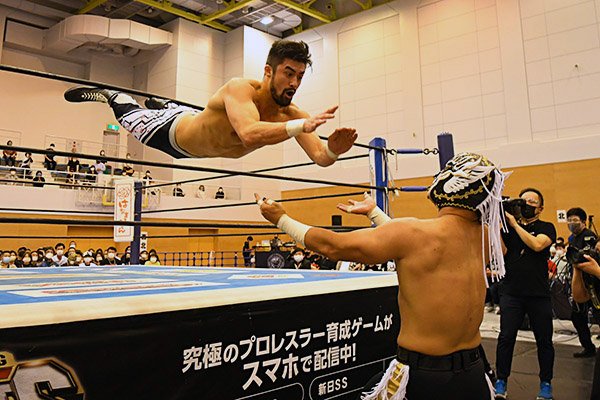 Eagles riling up the crowd before the match to get them into the mood right away. He is such a great and natural babyface. This felt like a prime CMLL technico vs rudo singles match. Just quick back and forth wrestling with some high flying and clear heel-face dynamic. The second half was more like a puro junior match with some stiff strikes mixed in. Very fun back and forth and a good win for Eagles. This match definitely over-delivered and DOUKI might be one of the more underrated members of the New Japan roster.

El Lindaman getting back on track after going 1-1 in his first two matches including jobbing to DOUKI in his first match. At this point its fair to say that GLEAT is no longer in the mud, well mostly. High pace to start as both men showed off their considerable athleticism. TJP slows things down to work over Linda’s arm. TJP controlled most of the match from there until Linda gets the win after a quick comeback. Linda gets a win but was working from underneath nearly the entire time. Another entertaining match but somewhat curious match structure given that Linda is GLEAT’s top champ. If you’re interested in his work in that promotion I highly recommend that you check out his excellent title defense against Shigehiro Irie on GLEAT’s most recent show.

Weakest match up of the night on paper and ended up being a fairly paint-by-the-numbers match. Not a bad match but just an ok match. Wato has improved compared to his early run in the gimmick but he still has a very clear ceiling. In a weird way, this a generational match as Wato will occupy the same spot on the card that BUSHI has been on for the past few years. An ok match and about what you would expect from these two.

Another match that felt like a lucha match. Its easy to forget how good and absurdly athletic Titan is because CMLL has 0 buzz at the moment. Its great that he gets to do these tournaments so he can show off his stuff to more people than the few CMLL diehards and tourists in Arena Mexico. That’s exactly what he did in this match as ELP provided an excellent base for Titan’s high flying. Titan actually took the majority of the match but ELP got the win after pulling off Titans mask and using that to get the upper hand and the win. Fun match

Match up between two people that have been elevated during the pandemic. Its kinds of crazy how far Wheeler Yuta has come in the past two years and especially the past six months. Yuta was always seen as someone with talent but few had him pegged as a major prospect. It wasn’t until his performance in IWTV’s masked wrestler tournament and subsequent heel turn that he really started to break out. He then quickly became a top guy on the indies before joining AEW. After at first just kind of hanging out with the Best Friends his breakout there came when he joined the Blackpool Combat Club and won the ROH Pure title. At only 25 years old he is now in a prime position to become a major player in both the US and Japan.

Despy meanwhile showed in this match why he has been New Japan’s MVP of the pandemic era. His work is just incredibly smooth now where he can lock in the Numero Dos from almost any position, which gives his matt work that extra bit of urgency and danger. Yuta meanwhile had a great fiery underdog babyface performance. He is quickly establishing himself with the Japanese audience. Despy was also willing to give Yuta quite a bit of offense, while egging him on to lay in his shots a bit more. He also needed two Pinche Locos to put Yuta away. Yuta loses nothing from getting pinned by El Desperado and instead this felt like a loss that actually helped the loser get more over. Super fun match that felt shorter than it actually was. It was also the best match of the tournament so far and is just below the MOTYC level.

Block B delivers yet again. An overall very enjoyable show as none of the tournament matches were bad and most were very good to great. El Desperado and Yuta delivered the best match of the tournament so far and you should go out of your way to watch that match. But I can easily recommend the whole show as it was a breezy watch. 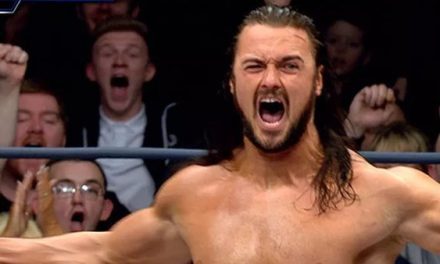 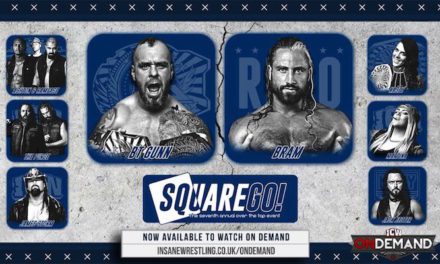