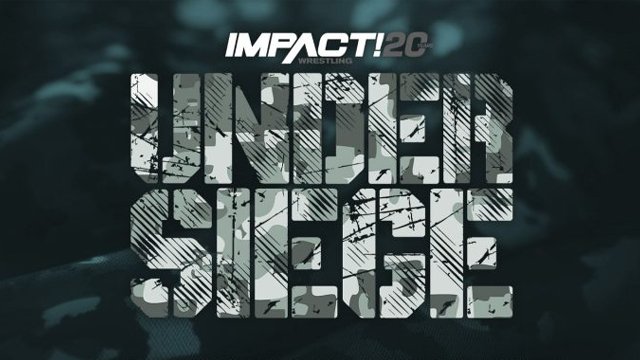 Impact Wrestling’s latest live special, Under Siege, took place this past Saturday (May 7) at the Promowest Pavilion at Ovation in Newport, Kentucky. Josh Alexander defended the Impact World Championship against Tomohiro Ishii in the main event.

Countdown to Under Siege

Alex Shelley dropping out of the show led to a slight rejigging of the card and one consequence of that was the addition of this tag team match.

There wasn’t much to write home about as you’d expect with these four. Rhino pinned Singh after a Gore, with Tom Hannifan and Matthew Rehwoldt on commentary, implying that Heath and Rhino are now on a path back to title contention and that this was the first win on their journey. **

Mike Bailey, who was supposed to wrestle the aforementioned Shelley, dropped down to the pre-show, making the originally scheduled Swann/Kid singles match a three-way.

I am frustrated by the X-Division guys consistently being pigeonholed into multi-mans, but they are, by and large, always entertaining. This was no different, all three guys working hard and putting the effort in to make this a high-energy contest.

Swann, who is clearly being primed for a fresh singles run after Willie Mack’s departure, pinned Kid after hitting a Phoenix Splash. The fact Bailey lost here makes me think he would originally have been losing on the main show anyway. ***

As well as teasing a potential face turn, Shaw put forth her most polished performance in Impact to-date in this match.

She lost to Tenille Dashwood on the go-home show thanks to interference from Rayne but they told the story that she’d leveled up the numbers this time by bringing Alisha to ringside. That played into the finish, Alisha stopping any shenanigans and allowing Shaw to seal victory with a running knee. **3/4

On paper, this promised to be great. When the dust settled, both men delivered in a superb back-and-forth match.

While Maclin was presented as having a power advantage, as shown when he caught Sabin’s attempted dive and powerbombed him onto the hardest part of the ring, they tried to show that Sabin was the less emotional and more technical of the two. A prime example being when Sabin tied Maclin up in a Thai clinch and fired off several knees to the head – a spot that looked great, opportunistic and different.

After nailing his second Tornado DDT of the match, Sabin put Maclin down with Cradleshock. Given that Maclin was being teased as a potential World title challenger, you wonder whether Sabin will get that next shot, especially with him being an Impact original and Slammiversary being the 20th-anniversary show. ****

In all honesty, I feel in a bit of a quandary with this match.

While, on the one hand, it was decidedly better and more energetic than their Rebellion meeting (which I definitely overrated in my review) bell-to-bell, I’m not sure the layout worked for me.

After winning their last match clean as a whistle, here Valkyrie survived a cheap shot at the start, became the first person in Impact to kick out of the Queen’s Gambit Piledriver and escaped the Venus de Milo double armbar before winning via a roll-up. While I get that they wanted to protect Purrazzo as she took her third straight recognized loss, it seemed to me while watching that a lot of the spots would have worked better or made more sense in the first meeting. ***

Post-match, Purrazzo beat Valkyrie down before the lights went out. When they came back on, Mia Yim returned to a big ovation and cleared Purrazzo from the ring.

When comparing this with the match these two had at Hard to Kill a couple of years ago, the maturation and improvement of both men is plain to see. They might not have absolutely emptied the tank here but this was a stellar title match.

They played off their history together with a number of tremendous counters, notably when both interweaved their trademark spots on the outside – Austin doing the handstand on the apron while Miguel did the comebacker spin using the ropes.

In addition to those counters, they also managed to tell the story that Austin was able to capitalize on the emotional investment of Miguel, who was desperate to finally beat a man he’d never registered a victory over in singles competition before. After ducking out of the way of Miguel’s Meteora attempt, Austin hit a great-looking Fold to complete the second successful defense of his third reign with the title. ***3/4

If you want a sense of what this match was like, picture a typical 10-man tag between factions on a big New Japan show and you won’t go too far wrong. There were crowd-pleasing spots, like the classically overdramatic Bullet Club back rakes, and also some fun, fluid interactions between individuals like those involving White and Taven and King and Phantasmo.

Ultimately it was probably a tad long but it was chaotic in a good way and, from this reviewer’s perspective at least, thoroughly enjoyable. In what felt like a New Japan and Ring of Honor throwback, it was Maria distracting the referee that proved telling as it allowed Taven and Bennett to hit the Proton Pack on Anderson and pin him. ***1/2

I feel as though I’m starting to become a broken record when writing about Tasha’s title defenses but this was another match that was fine and well-worked but not one that the crowd seemed invested in. I don’t know whether it’s her they’re not buying into or whether her matches are just being affected by poor card placement, but something isn’t clicking.

Although the whole Rosemary abducting Savannah Evans to the Shadow Realm is far too off-beat for me, it did give us a straightforward match and one that Steelz won cleanly with a Crucifix Bomb. Fingers crossed for a more exciting match with someone like Jordynne Grace or Masha Slamovich up next. **1/2

Mark and Jay Briscoe really are very good, aren’t they? They were over in a big way with the Impact crowd when they made their entrance and they rewarded that investment by pushing a high pace that resulted in a tremendous match. Credit also has to go to Eric Young – whose Wheelbarrow Neckbreaker is a thing of beauty – and Deaner, who stepped up and had their best outing as a tandem here as well.

JR would have probably had a nightmare trying to work out who the legal man was at times in this with Mark and Jay cycling out regularly but I thought it was great.

The Briscoes sealed victory with a Doomsday Device and them winning the titles opens up a whole host of fresh and exciting match-ups over the next few months. ***1/2

Post-match, Moose tried to hold the show up by demanding another rematch with Josh Alexander. He didn’t get his wish, the lights going out before coming back on to reveal a returning Sami Callihan. I’m not a fan of having two lights out spots on the same show but the crowd were very into Sami and that sets up another hot program for Slammiversary next month.

Given that I’m a firm believer in both men being among the world’s best, I had sky-high expectations coming into this main event. In the end, those expectations were met with ease as these two served up an absolute treat.

I loved all the little nuances in this. Ishii barrelled and bullocked into him from the start, dominating the early going and drawing Alexander into a brawl. When he changed tack in the corner, hitting Alexander with a forearm to the throat rather than the chest, the champion rolled to the outside and you could almost see him thinking about a new game plan. When he came back, he upped the pace and went after Ishii with big boots rather than trying to beat him in another forearm exchange.

Another was when Alexander went for the Ripcord Forearm. The first time he saw Ishii’s headbutt coming, countering with a straight right to the jaw. The second time Ishii was a step quicker, dropping him with the headbutt and taking control.

Both men tried to outdo each other with Ankle Locks and big suplexes, almost as if to prove that whatever one could do, the other could do just as well or better. Their respective facial expressions showed that they were both enjoying this battle of wills, no matter how much it was taking out of them.

In the end, it was Alexander whose fighting spirit went that bit further, the champion chaining together a big Powerbomb Backbreaker, another Powerbomb and his patented C4 Spike to complete his second title defence.

It’s not just a gimmick, Josh Alexander really is the standard-bearer in Impact. He’s almost in a class of his own right now and the company should be in a good position with him as the ace on top churning out exceptional matches like this at every big show. ****1/2

Under Siege was a very strong show from Impact Wrestling, arguably their best of 2022. The returns of Mia Yim and Sami Callihan were noteworthy and teed up big potential Slammiversary matches. In terms of the in-ring action, everything was solid at a bare minimum and in multiple instances delivered in a big way. Alexander/Ishii is basically a must-watch and may well end up in my MOTY considerations, while Sabin/Maclin, Austin/Miguel and the tag title match are also worth your time. A big thumbs up from me. 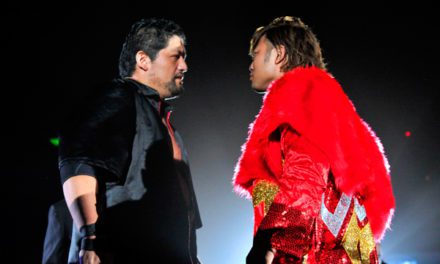 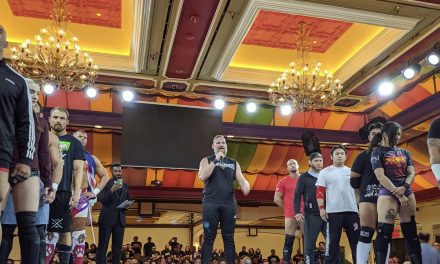 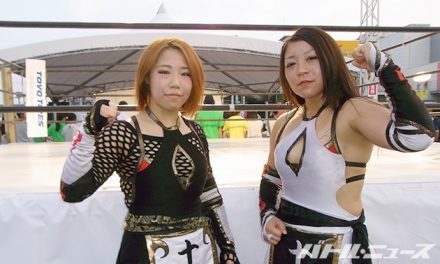