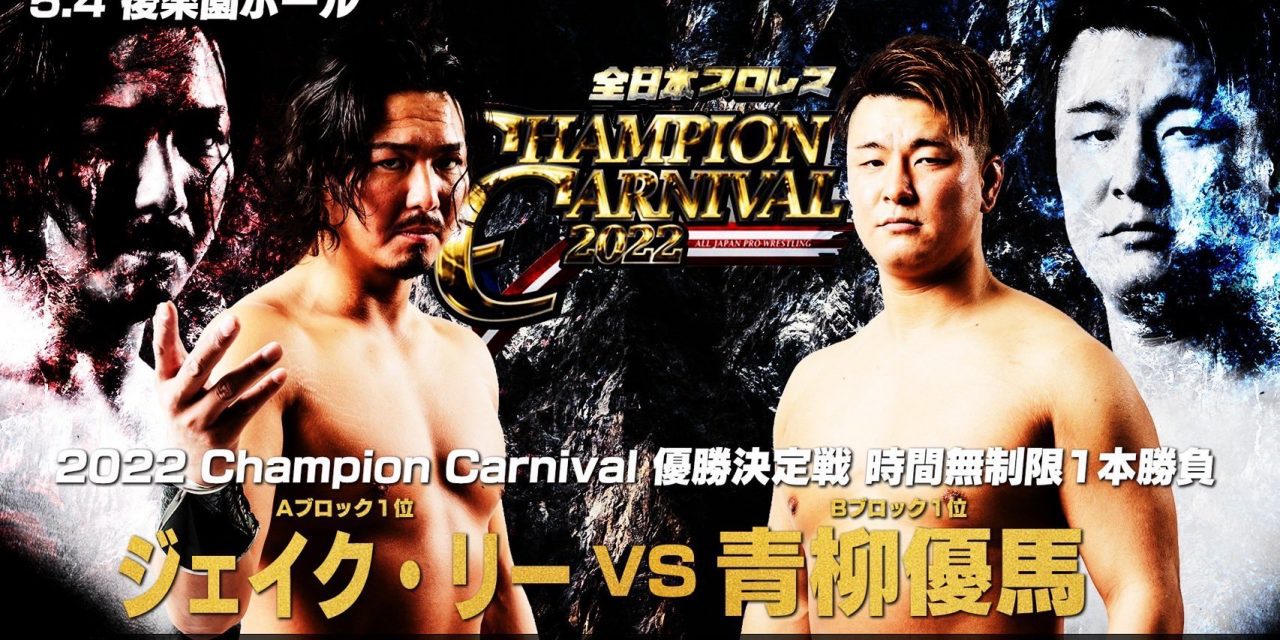 TAJIRI kept slapping Arashi’s belly for some reason before this started. Arashi worked over Omori for a while and it was uneventful. Inoue got in there and had some fun sequences against Arashi where he used his size and speed to avoid the much larger opponent. Inoue tried to outfox Arashi by running the ropes, but got caught by an Arashi crossbody attack and pinned. TAJIRI was the legal man in this for like 30 seconds. Started slow but sort of redeemed itself in the latter half thanks to Inoue. **½

Mesno~re got worked over for a while and Total Eclipse took some cheap shots, but weren’t outright cheating. Izanagi got in there and looked like he was turning the tide, but Omori distracted the referee, delivered a low blow to Izanagi and pinned him with the Muso Issen. Kodama pulled Menso~re under the ring while this was all going on, I should add. Mostly paint-by-numbers stuff. This wasn’t as good as I thought it could be from these two teams. Also, I had thought Omori had left that blatant cheating behind, he hadn’t been doing it recently. **½

This was good. Sato took control to start, and got in some big moves, but HAYATO took control for a while and got a lot of offense in, including some near falls. HAYATO went to the top and hit a Swanton Bomb, but Sato caught him on impact and tried for a Cross Armbreaker. HAYATO tried to resist, and Sato transitioned into some sort of modified crossface and got the submission. Just a solid match. HAYATO had a disappointing Jr. Title match against SUGI back in January, but since then, he has stepped up his game and really improved. Time for him to get more of a push again soon I think. ***½

Honda came out wearing sunglasses which makes me wonder if he was watching Slex in NOAH. Honda attacked before the bell which is his standard MO. Honda dominated for a while but Yoshitatsu escaped a Final Event attempt and went on the attack. The man who leads the most pointless stable in wrestling got testy and delivered some hard kicks and slaps to Honda. Yoshitatsu went for the Yoshitatsu Fantasy but Honda managed to cradle him and got the three count! That put a big smile on my face. Honda got zero points in the Champion Carnival, but I’m glad he got the win here to show there are still plans for him. Otherwise, I would’ve made a NOAH joke. Match was exactly what it needed to be. ***¼

After the match there were a number of announcements of upcoming shows. The Triple Crown match on May 15 will be against the Champion Carnival winner. The participants in the 6-man tournament on June 12 in Korakuen Hall were also announced. They are:

While not too big on star power, this tournament has the potential to have some great in-ring action. ATM got a silhouette, though it’s not an X, but probably someone doing a masked gimmick. Arata is from JUST TAP OUT.

What is really interesting is Ryo Inoue vs. Minoru Tanaka, Shingo Takagi & T-Hawk vs. The Aoyagi Bros., and the main event of Kento Miyahara, Jun Akiyama & Minoru Suzuki vs. Jake Lee, Takao Omori & X. The X in the main event is very interesting because the match is being billed as one featuring all former Triple Crown champions. If it was Satoshi Kojima, Suwama, Zeus or Shuji Ishikawa I would think they would announce it. Other candidates are Joe Doering or Taiyo Kea. In particular, Kea is an interesting choice and I think a real possibility because the group behind this show, including Kyohei Wada, Fumihito “Tiger” Kihara and relatives of Motoko Baba, have brought in Kea before for these memorial shows. I could also see it being not simply Keiji Muto but The Great Muta. Go Shiozaki is another possibility but I somehow doubt it. That show is on May 31 at Korakuen Hall.

On a side note, I wonder how T-Hawk feels about still sticking around in All Japan while CIMA and El Lindaman are getting New Japan dates…

Nomura at first seemed to have accepted teaming with Miyahara, but slapped him in the face later to tag in. I love when Miyahara ends up tagging with outsiders and they hate each other. Onitsuka was a prick here and managed to piss off Miyahara and they brawled on the outside. Aoyagi and Onitsuka also managed to have some good sequences. After a chaotic closing stretch, StrongHearts cleared the rings which allowed T-Hawk to pin Aoyagi with the Night Ride. This was a ton of fun, and it was great to see everyone just being a huge dick to each other, including teammates. After the match, Miyahara tried to shake Nomura’s hand but Nomura slapped him yet again. ***¾

The Twin Towers will be challenging Runaway SUPLEX on May 14 in Sapporo for the World Tag Team Titles. Tamura, to his credit, really brought the fight to a bunch of guys much larger than him. He managed to even get some offense in on Ayabe who has a lot less experience. Ishikawa and Suwama really went after each other, showing no love lost between the former World Tag Team Champions. Tamura managed to hit a gut-wrench suplex and Samoan Drop on Sato, both of which looked impressive. Runaway SUPLEX went for a double move but Ishikawa got out of the way. Suwama accidentally hit a Spinning Lariat on Ashino which allowed Ishikawa to hit a sloppy looking Fire Thunder Driver on Ashino for the win. Ashino and Suwama teased some tension after the match, but Tamura tried to get them to reconcile, but it didn’t work and Ashino stormed out. Hopefully this isn’t leading to a breakup and everything is settled after a successful title defense against the Twin Towers. Match was good and set up the title match well. Tamura was the highlight and Ayabe gets better every time I see him. ***¼

Aoyagi got one of those musical intros that play before his regular theme hit. He certainly felt like a much bigger star here coming out than he did at the beginning of the Champion Carnival. Aoyagi mocked Lee’s arm poses before the bell, but they immediately charged at each other and locked up. They started with grappling and holds. Lee generally got the advantage and targeted Aoyagi’s neck and left arm.

Aoyagi got some short bursts of offense early on, but Lee took over and worked over Aoyagi for a while, continuing to target the neck and left arm. Aoyagi sold like he was really weakened and Lee no-sold some forearms.

The build up to the finish was awesome. Aoyagi plated his possum spot, where he was down for a while, and referee Kyohei Wada teased ending the match. Lee picked up Aoyagi for the D4C but Aoyagi rolled into the End Game to a pop from the crowd. Lee got out of the End Game and Aoyagi went from some roll ups that got 2.9 counts and even louder pops from the crowd. Lee trapped Aoyagi’s arms and delivered what I can only describe as a Shutdown Backdrop. Lee pulled up Aoyagi before the three count and proceeded to kick and knee him. Aoyagi somehow kicked out of a big running knee. Aoyagi delivered Rolling Germans for a 2.9. Two Spin Kicks and the Rockstar Buster from Aoyagi for another 2.9 count. Lee teased making a comeback, but Aoyagi landed The Fool for the three count and a pretty big pop from the crowd under the circumstances.

Just a wild closing stretch and you couldn’t tell how it was going to turn out. Aoyagi, at age 26, is now the youngest Champion Carnival winner, beating out Jumbo Tsuruta who was 29 when he won it for the first time in 1980.

This was the best singles match in All Japan since the pandemic started. It had a great build and a closing stretch where you legitimately didn’t know who would win. That’s all you can ask for in a big match. Aoyagi looked like a freaking star here. Lee, to his credit, while I didn’t like the pull Aoyagi up before the three count spot, had one of his better performances here. I was a little worried going into this he might have one of his off nights. ****½

After the match Aoyagi cut a promo, and Lee sat in the corner looking sad. It would not surprise me if they turn him face and have Ryuki Honda take over Total Eclipse. Aoyagi and Miyahara then had words for each other in the ring. Aoyagi once again teased hitting a German Suplex on Miyahara when his back was turned. That’s long term storytelling I can get behind. Aoyagi now is facing Miyahara as an equal and not a young upstart.

I admit I expected Lee to win here and Aoyagi face Miyahara at the Nippon Budokan for the 50th Anniversary Show. While that’s not impossible, given that this upcoming match is in Sapporo, I am far less certain of that now. Miyahara facing Lee instead at Budokan would be disappointing and its been done too many times, especially in Tokyo. Makes me wonder just what they have planned for that show.

This was a very good show. The main event was tremendous and the undercard was generally of good quality and built towards the future. The announced attendance was 986, which was All Japan’s highest attendance in the pandemic era.

After lackluster booking and departures, All Japan is slowly, but surely rebuilding itself. I felt a jolt in my arm after the main event here and it put a big smile on my face. They have gotten a number of booking decisions very right lately which will help in the long term. However, I am always very cautious, because I’ve been burned so many times. But maybe they are finally learning from their mistakes and pushing forward now that more and more pandemic restrictions are being lifted. 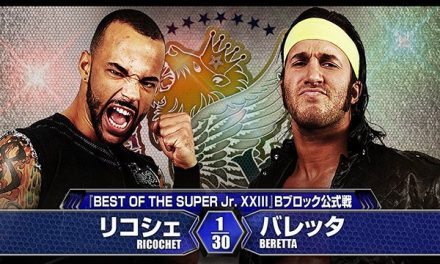 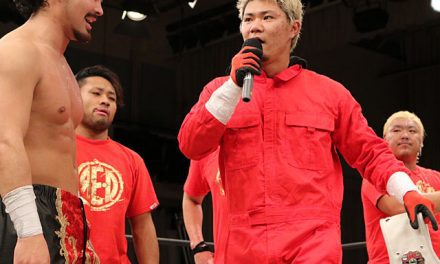