They started slowly, teasing out some arm work and Nomura getting the better of Arashi using his technical skills. Arashi then hit a big Senton and went to work on Nomura. Nomura got a few short comebacks but Arashi was firmly in control for most of the match. Arashi escaped from an Octopus Hold, and Nomura tried a backslide which got kicked out of. Then Nomura pinned Arashi with a Ground Cobra Twist. This was a little plodding at times, but Nomura played the underdog very well, so I’ll give it a Gentleman’s three. ***

Suwama offered a handshake and Yoshitatsu looked to take up the offer, but he delivered a high kick to Suwama instead which knocked him down. Yoshitatsu kept trying to pin Suwama after that, trying to take advantage and get a quick win. Suwama eventually made a comeback, and they traded German Suplexes. Suwama hit a Backdrop on Yoshitatsu then went for another, but Yoshitatsu turned in mid air and landed on Suwama and got the three count. That didn’t look pretty, but the decision to do what amounted to a sprint for the match was a good idea. This was decent for what it was and a result that I expected. ***

I thought Aoyagi played a bit of a heel here to start. He was rough to Miyahara on the outside, and was yelling at referee Kyohei Wada. Miyahara, when he got in control later, got more aggressive than usual too. Aoyagi wouldn’t release the End Game right away when Miyahara reached the ropes. He even lifted up the mats at ringside and tried to throw Miyahara off of the apron onto the exposed floor but Miyahara reversed it and hit an apron Piledriver. Aoyagi got some big near falls and submissions here, and as time was running out, the crowd got a little vocal at points. In the closing moments, Aoyagi escaped from a Shutdown German Suplex attempt and then hit a Rockstar Buster just as the time ran out, teasing that he could have maybe actually defeated Miyahara in a singles match. But at this moment it didn’t matter as Aoyagi advanced to the finals anyway with a draw.

This was not the most dynamic match these two have had, but I think it might now be my favorite. The work here was great of course, but watching how these two laid into each other here, it really added another chapter to their long and up-and-down relationship. It had a feel of a fight between two guys that don’t like each other at points. Miyahara even had to be carried out by the other Nextream members after the match while Aoyagi cut a promo. If you have emotional investment in these two like I do, you will really appreciate this. It felt like there will be changes in the relationship of all of the Nextream members going forward. It wouldn’t shock me if Miyahara and Aoyagi go their separate ways again.

This was also the right booking decision, which feels weird to see sometimes in All Japan. Hopefully they can keep it up. This is my new match of the tournament. ****¼

Like the other Champion Carnival Shows this year, there was perfectly fine wrestling with nothing bad on the undercard tournament matches. The main event here was definitely stronger than anything else in the tournament so far. 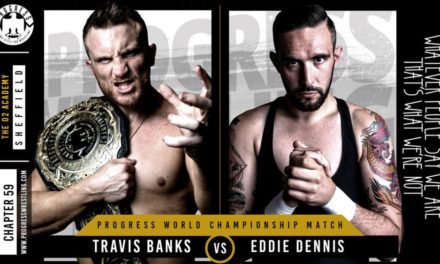 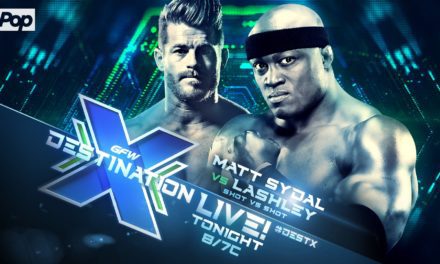