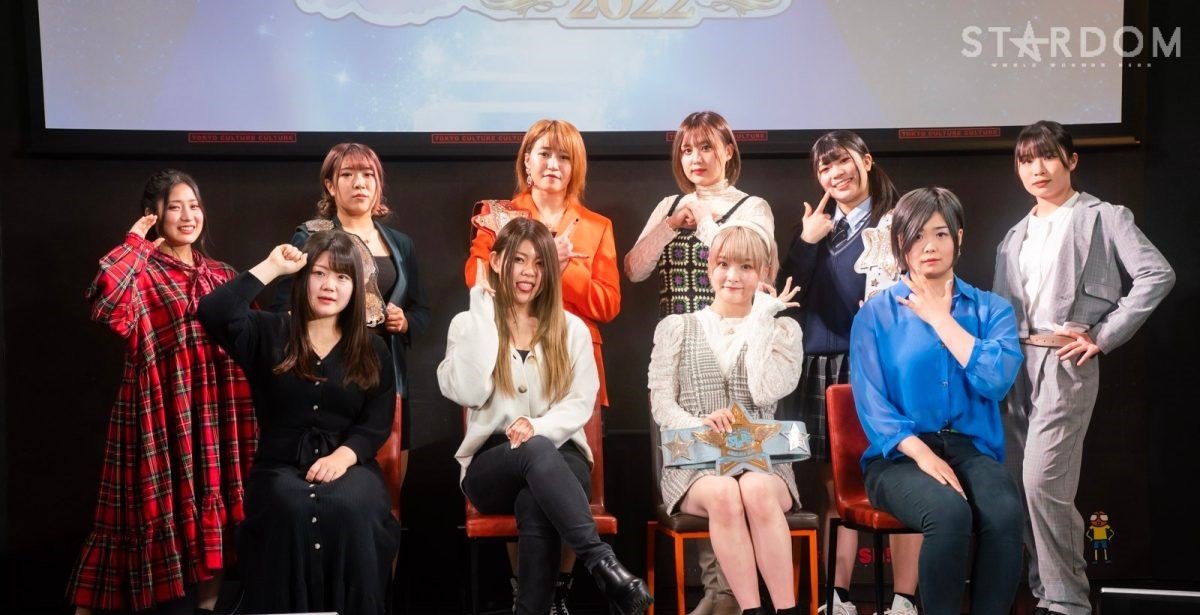 The 2022 Stardom Cinderella Tournament will come to a close this Friday as four of the best Stardom has to offer will try to walk out with the dress and a wish to challenge for any championship they want. The conclusion of this tournament mixed with three title matches makes for a special night once again for Stardom.

The pre-show match will feature Stardom’s newest roster member and one-third of God’s Eye, Ami Sourei, competing in her second singles match since joining the promotion. She will face off with Donna del Mondo’s Mai Sakurai and the Cosmic Angels’ winless wonder, Waka Tsukiyama. There’s little to say about this match outside of the history Sakurai and Tsukiyama share. With tension still notable between these two, this feels like an easy opportunity for the powerful Sourei to take advantage and get her first singles win. Prediction: Ami Sourei

In the last PPV preview I wrote, I made the statement Hanan had already achieved the status as the best Future of Stardom Champion. She locked that up with good matches against both Rina and Mai Sakurai at Stardom World Climax but will now have a new challenge in the form of her younger sister, Hina. Fighting family isn’t the new challenge but taking on an inspired Hina for the championship certainly is. There’s a reason Hanan is seen as the future of Stardom (no pun intended) and she isn’t going to be losing the title here. It’s too early and there are other challengers out there, whether the challenge is in Stardom or not. Prediction: Hanan

The first Cinderella Tournament Semi-Final of the night will be a battle between “The High-Speed Fairy,” Natsupoi, and the fastest rising star in all of Stardom, MIRAI. It was only a month or two ago when it was easy to be excited about a potential Natuspoi and MIRAI team due to what they showed in their lone tag team match together as partners. Now fans can anticipate what will happen when they go one-on-one. MIRAI hasn’t been met with too much flack from Donna del Mondo after leaving outside of Giulia’s initial anger. Instead, MIRAI has used the momentum she had prior and combined it with joining God’s Eye to become one of the major players in Stardom at a record rate.

Natsupoi is the wild card of the remaining four in the Cinderella Tournament. After defeating Unagi Sayaka with a Shutdown Suplex, it feels like Natsupoi herself has just as much momentum as MIRAI. Both women have contended for championship gold this year as MIRAI came up short against Syuri for the World of Stardom Championship while Natsupoi fell to Saya Kamitani with the Wonder of Stardom Championship on the line. Not only do they want to get back to title gold but winning the Cinderella Tournament is a launching point in itself for the long term. If MIRAI can control the high-speed tendencies of Natsupoi, this is her match to win. Never count Natsupoi out though. Prediction: MIRAI

FWC goes head-to-head with singles aspirations on the line. Hazuki’s return match was against Koguma but since then, these two have changed in their styles, being better than they were then. It makes this match an interesting one with history to support it. Koguma has only been in one Cinderella Tournament in her career. She made it to the finals before losing to Mayu Iwatani in 2015. The style she presents often is the season she can make these tournaments her own. Hazuki, however, feels like a wrestler of destiny. When she made her return to Stardom, it was to win the gold she never was able to before retiring. The Wonder of Stardom Championship has always been the one she wanted but she’s shown interest in the World of Stardom Championship since returning as well.

Since losing to Momo Watanabe at Stardom World Climax, Hazuki has channeled her more vicious side and it is working. Not only does she feel like the favorite in this match right now but she feels like the heavy favorite to walk out of this night with the Cinderella dress and a wish to challenge whomever she wants. It is Hazuki’s tournament to lose but if anyone is going to stop her from achieving the next step in her climb to the top, it will be her tag team partner. Koguma has a shot but this feels like destiny for the “Wildheart” of Stardom. Prediction: Hazuki

There are a lot of Stardom’s top stars not featured in premier matches for the Cinderella Tournament Finals and you can tell by just looking at this match. The name value alone makes this one of the most interesting gauntlet matches Stardom has done in some time. It would be nice to think the winner earns a shot at the Artist of Stardom Championship but with one-third of the champions in this match (and probably the favorite), it’s difficult to believe anyone gets a shot. Not even the next challengers of Momo Watanabe, Starlight Kid, and Saki Kashima are teamed together so if you don’t take this match too seriously, it should be an overall good time. Prediction: Giulia, Maika & Thekla

The second High-Speed Championship reign for AZM has kicked off as well as anyone could hope. After delivering one of the best high-speed matches in Stardom history to win the title from Starlight Kid, AZM then managed to defeat Koguma and Natsupoi in triple threat action to retain at Stardom World Climax. After retaining her championship, Cinderella Rumble winner and Gatoh Move’s own Mei Suruga laid down a challenge to AZM for the High-Speed Championship. The title will now get a major spot inside Ota Ward with two competitors who will be looking to show what they are capable of. If you haven’t seen Suruga before, her work isn’t difficult to check out as all of Gatoh Move’s ChocoPro shows are on YouTube. Suruga doesn’t only wrestle in Ichigaya Chocolate Square so for anyone who has never seen her wrestle in a ring, you’re in for a treat.

Suruga is going to bring it to AZM, having a number of flash pins in her arsenal to try and steal the title from the champion. AZM’s confidence is at an all-time high though, making her the clear favorite even with the limited experience against her challenger. Every single time AZM steps into the ring right now, she’s showing why she is not only High-Speed Ace material but simply Ace material. This match could steal the show if they click as expected. Prediction: AZM

Cinderella Tournament Final
Hazuki or Koguma vs. Natsupoi  or MIRAI

The Cinderella Tournament Final is one of the most important matches of the year for Stardom. It’s the elevation wrestlers need to become certified players. The interesting thing about it this year is that all four options may already be seen as exactly that. As written previously, the expectation we have is it being down to Hazuki and MIRAI. Obviously, a win for MIRAI only furthers the belief Stardom has in her since bringing her over from TJPW. She has created a connection with fans that few others can claim they do in such a short period of time. Mixing the fans’ support with her forever soul-fighting ways, MIRAI could be the one who walks out as Cinderella.

Then there’s Hazuki. If there was anyone more than ready to make the leap and potentially get a Wonder or World of Stardom Championship reign on this roster, it would be Hazuki. The “Wildheart” of Stardom has flipped a switch to be as vicious and nasty as she was before retiring but this time doing it with the biggest smile on her face. Hazuki is one of those wrestlers in Stardom history that still lacks the major accolades but the moment she gets them, she will have everyone agreeing with the decision. MIRAI is still very new to the promotion. There’s no doubt she will be just fine if she’s unable to capture this. It feels more like another building block in her growth than anything else. It’s Hazuki’s time to be at the top of Stardom as the 2022 Cinderella Tournament winner. Prediction: Hazuki

October 29, 2020. This is the date of the last time Himeka challenged for a singles championship. It’s been a long time, to say the least, and now she will get her shot. The match was made when Syuri and Himeka wrestled to a 10-minute draw in the second round of the Cinderella Tournament. Both were game to head-to-head again to figure out who was the best between the two. It was Syuri who said the title would be on the line, showing the continued confidence that she has had for well over a year now. There’s a reason she says no one is on her level. Syuri went back-to-back nights at Stardom World Climax and defeated Giulia and Mayu Iwatani in separate matches. Another freaking level.

Himeka is going to try. She’s going to use every part of her strength to try and keep Syuri down for the three count. Her ultimate weapon of the Running Powerbomb will be her difference-maker. Oftentimes, Himeka settles for her regular Powerbomb but anyone who watches Syuri knows it will not be enough. “The Jumbo Princess” is as hungry as anyone in Stardom. She asked for a title match against Syuri at Kawasaki Super Wars in November. Maybe Himeka has a plan to dethrone Syuri. The World of Stardom Champion hasn’t had to face anyone of that strength because, for the longest time, they were fighting side by side. Himeka is going to try and break Syuri. Syuri is going to try and break Himeka. There’s a chance this one will be special. Mind games are being played by the challenger as we saw at the press conference.

Anything is on the table in this one but it would be a legitimate stunner if Syuri dropped the title here. It’s still too soon at the level she is going. Prediction: Syuri 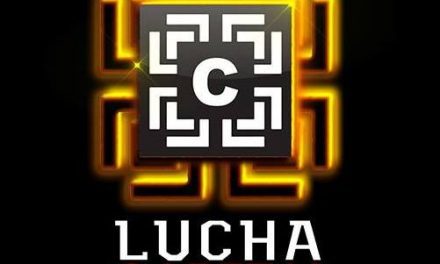 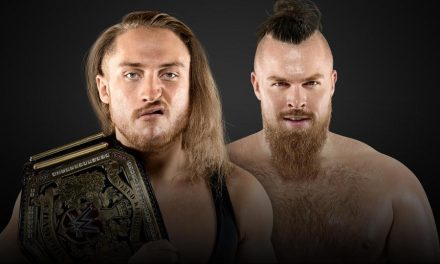