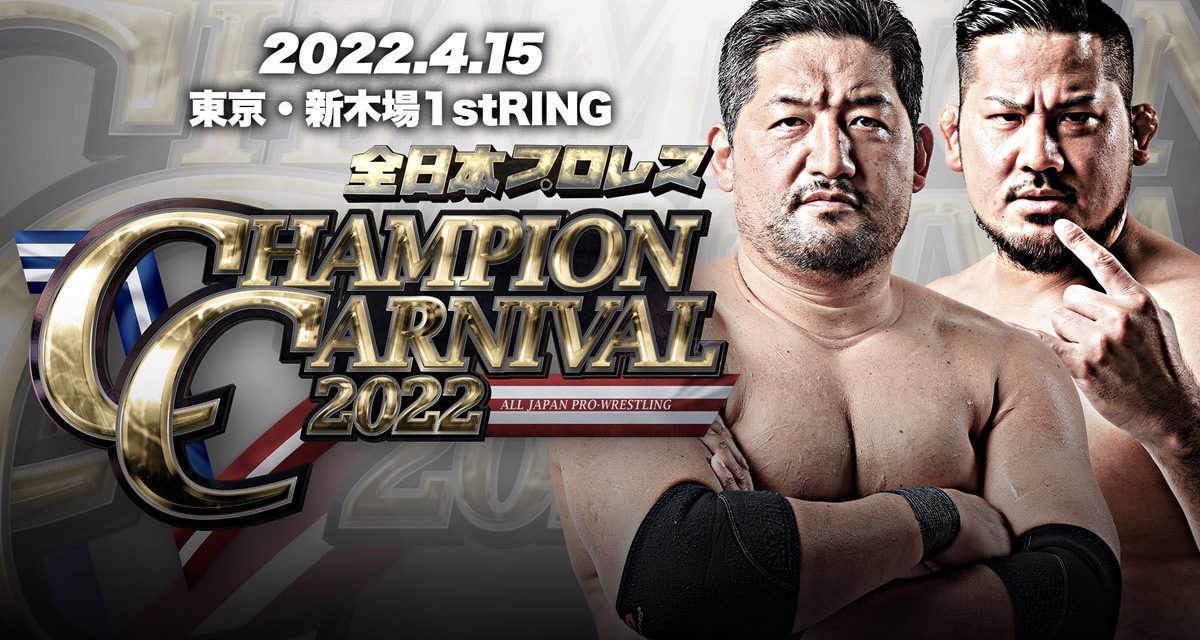 When Honda entered the ring, he looked like he was going to attack before the bell but Irie realized this and got to him first. They ended up brawling around the ring a bit and while there was very little downtime in this match, I thought there was something to this where it never got to a high level, despite glimpses of it. Irie escaped from the Final Event, won a strike exchange, hit his jumping headbutt for a 2.9 count then hit a running jumping headbutt for the win. I don’t want to come off as too harsh on this, it was still a fun match but I’m trying to put my finger on what exactly kept this from being great. Maybe it’s a case of Honda, while being pretty good for his experience level, still does not quite have the chops to really ramp things up. Irie, for his part, was very good. Or I could be overthinking the opening tournament match on a Shin-Kiba 1st Ring show and how epic it was ever going to be. Honda has been effectively eliminated here as this was his third match out of five and he’s winless so far. ***¼

This started off as a normal match until while brawling on the outside, Aoyagi tied the strings that Yoshitatsu wears on his arms to the corner. Instead of getting counted out, the referee came over to untie them and help Yoshitatsu. I admit I laughed. Aoyagi is such a great prick. The work here was quite solid. Yoshitatsu took most of the match but Aoyagi used his skill to outwit Yoshitatsu. Aoyagi reversed a Codebreaker attempt into a Jackknife Cradle but Yoshitatsu kicked out. Yoshitatsu then went for the Flatliner he uses to set up the Yoshitatsu Fantasy but Aoyagi countered into a cradle cutback for the three count. This was a flash pin I didn’t mind so much. I have to say that Yoshitatsu has exceeded my admittedly low expectations so far in this tournament. ***

These guys started hitting each other hard from the get-go and brawled around the ring a bit. Ashino worked over Ishikawa’s left leg. Ashino worked a bit like a heel here, waiting until the four count to break holds used the rope and he even dragged Ishikawa to the corner to wrap his leg around it. Ashino reversed a Miyahara Slayer 2022 attempt from Ishikawa into an Ankle Lock which looked pretty cool. This was another match where the work was perfectly solid, but you could tell they weren’t going to kick it into high gear. As much as I have praised Ishikawa lately, he wasn’t giving it 100% here. The closing stretch was a nice little back-and-forth and then Ishikawa won with the Splash Mountain. As someone who scrutinizes Ashino’s booking in All Japan, I had no issue with the result here, given Ashino has defeated Ishikawa in the last two Champion Carnivals. ***

I was not originally excited about this match, but after seeing Arashi’s performance in the Champion Carnival so far, I did get more interested. The work here was good. It was not rest hold city, and Suwama’s selling helped to get Arashi over as a credible threat. Given the size of these guys, this wasn’t a fast moving match but I wouldn’t call it plodding. Arashi turned a Suwama Sleeper Hold into an Argentine Backbreaker which was impressive. Suwama escaped out of a Powerbomb attempt, hit a Backdrop and a Lariat for a 2.9 count. He then hit another Backdrop on Arashi for the win. Another Arashi match that has exceeded my expectations. While both men looked gassed towards the end, they managed to keep working fairly hard to build up to the finish. I will say, if Arashi is going to be challenging for the Triple Crown he could use another big win or two in this tournament. ***¼

We have now just passed the halfway point of the Champion Carnival. Things take an eight-day break and return on April 23rd. At this point in many tournaments, things may begin to feel like they’re beginning to drag. It did feel like that here to a small extent. This was the weakest show of the tournament so far from an in-ring and high profile matchup perspective. But while nothing here was awesome, there wasn’t anything bad either. That’s a good sign at this point in a tournament and a good sign for All Japan more generally. I would also recommend checking out the opening match on the undercard to see the continued great progress of rookie Ryo Inoue. See you in eight days!

Where Everybody Knows Your Name: Cheers for Bad Dude Tito vs. Minoru Suzuki