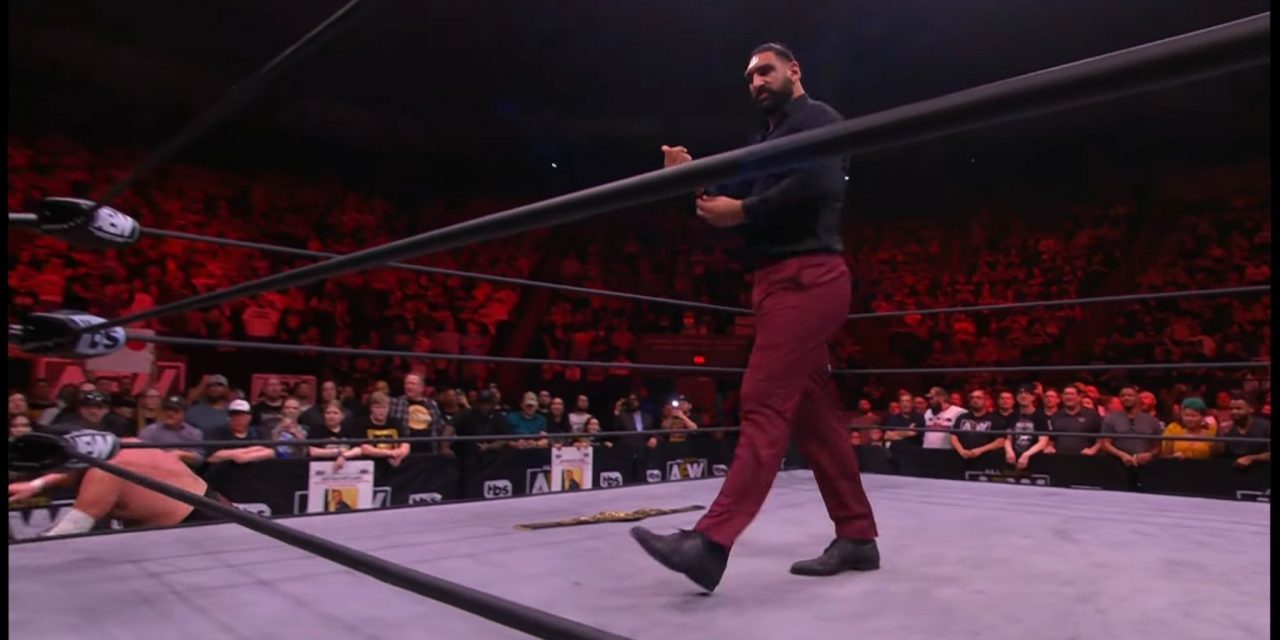 It’s time for a weekly look at the best, the worst, and the weird or otherwise notable (or Hungee) of the latest episode of AEW Dynamite.

For those wondering – I skipped last week due to a WrestleMania weekend-induced wrestling coma. Quick star ratings for a couple of key matches, including some Rampage highlights:

This was a great night for wrestling. Every men’s match delivered from good to great, and should all be watched if you’re looking for good matches.

It’d be a crime to not point out the top highlight, which was Minoru Suzuki and Samoa Joe just murdering each others’ chests with infinite chops. Yes, Minoru can’t do much these days so he hides it with these exchanges, and yes, this results in his lesser matches seeming less essential due to the repetition. All of that said: this was the best American version of this match since the one against Bryan Danielson, and is absolutely worth your time.

MJF vs. Shawn Dean wasn’t a match so much as an angle dressed like it, as Wardlow tromped around like a T-Rex off the set of Jurassic Park. MJF trying to bribe Bryce Remsburg out of counting ten, and Bryce immediately counting it because MJF is a dick was a fantastic little touch. You can’t do this stuff very often, but they don’t, so when these angles do happen, they’re better set up to succeed.

We also get progression later, as MJF finally decides to let Wardlow wrestle, but wants it to be punishment, so it’ll be against The Butcher a.k.a. The Porkchop Express.

If you’re a promo guy, this wasn’t the episode for you, but you did at least get one highlight with Eddie Kingston and Proud & Powerful interrupting a Jericho Appreciation Society promo with the carcasses of Daddy Magic and Cool Hand Ang, minus their shoes. It wasn’t an all-time segment or anything, but it was entertaining.

Also, we’re heavily teasing the addition of people to even the odds against Jericho’s group. Hopefully, this delivers soon; I’m not sure more weeks of “Eddie and P&P fight valiantly but succumb to numbers” are necessary.

This was an abject failure, and one of the bigger ones in AEW television history. You had a crowd that was making as much noise as any in company history, going wild for everything that had happened on the show so far. The crowd was beyond deceased for this.

Worse, Shafir didn’t look very impressive at all. She displayed no charisma and her work was fairly halting. This was a squash that went less than two and a half minutes and it felt like at least seven, if not ten, minutes. This stink stank stunk. If it went longer, this would have been a contender for the worst match in company history.

Skye Blue is no challenge for victorious Marina Shafir on #AEWDynamite.

Let’s start with the good weird: Nyla Rose’s ad-libs are on the same level of pure entertainment as Matt Menard’s. Shouting “I love cake… and VIOLENCE,” was extremely good pro wrestling nonsense. More of this and less of weird Vickie “you’re not a REAL American,” please.

And now the bad weird: the debut of Satnam Singh. There’s reporting now that this was done the way it was done to appeal both to the Indian market and the new bosses in the post-merger world of Warner Bros. Discovery. Fine. But why not try a good segment? Singh looked green as grass, throwing the most awkward clothesline I’ve seen this side of Vince McMahon at WrestleMania 38, and then using a head squisher, which may be the least AEW-feeling move possible. Combining the overrun – I think their first ever – with a lights out gimmick to debut a tall guy no one knows (I’m a huge NBA fan and his career was a footnote based entirely around his being drafted) came off as so much more awkward than if he just showed up from behind a distracted Joe. You can possibly use this guy in a certain way and be successful, but it’ll need a lot more smoke and mirrors than were used tonight. Hopefully this isn’t Jackson Andrews 2.0. Or Reese 2.0. Or the 1000s of other tall guys who couldn’t work at all but got some kind of push despite it.

We had the return of Grumpy Jim Ross tonight, who refused to say trios and trolled Excalibur for knowing wrestling things.

One final note: what in the world is going on with Marina Shafir’s theme song? 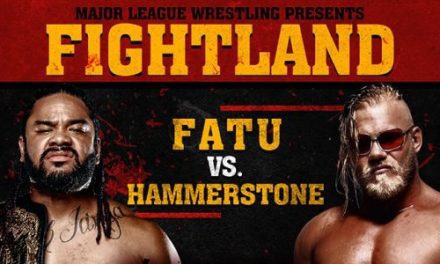