On April 16, 2022, New Japan Pro Wrestling will be presenting one of its biggest American shows in quite some time.

NJPW Windy City Riot is situated around Chicago, a hot crowd area that is always finding itself hungry and ravenous for pro wrestling. This is already a big win for New Japan as the show is sold out, getting great word of mouth, and is receiving a lot of positive feedback for the card presented. NJPW has a long claw out of the hole that was dug during much of the pandemic (which is still ongoing) years but this is a giant good step in the right direction of up!

A STACKED eight-match (nine if you count the dark match) card that is loaded with possibilities and intrigued. No doubt the biggest match, and the main event, is Jon Moxley vs. Will Ospreay. A match that I personally have been champing at the bit to see happen. Ospreay called Moxley out for weeks and took shots at Moxley who finally responded. While it was obvious it was leading up to a match at Windy City Riot, you could feel the interest in the match burn through social media the moment the match became official. Both men are firing on extra cylinders right now. Ospreay has fine-tuned himself into one of the best wrestlers in the world, and Moxley resurging now that he has battled against his alcoholism. This is no doubt going to be great, perhaps an all-timer if everything clicks correctly. Both men know the spotlight is burning intensely on both of them and they will want to deliver. I will be here live cheering my fangirl heart out for Moxley without apology.

All that being expressed, a show with a great main event is one thing, a great main event supported by a top undercard speaks volumes. Thankfully the undercard of this show is loaded as well with matches that have high potential to be truly special. There are three matches, in particular, I am really looking forward to witnessing.

We won’t know who Jay White’s challenger will be until the show, but I have a feeling it’ll be worth our while.

Jay White’s open challenge series has been a delight and a highlight of American NJPW outings as of late (his match with Bailey at LoneStar Shootout receiving great reviews). Whomever the challenger may be, I have a feeling this is going to be a top match quality-wise and worth our while.  Also on the undercard is Tomohiro Ishii vs. Minoru Suzuki which will no doubt see old grumpy men do old grumpy men things. Namely beating the living hell out of each other. This is a match that I am personally waiting for almost as much as Moxley/Ospreay. I can’t wait to see both of these men beat a few more years out of each other.

Speaking of old and grumpy, Yuji Nagata will be there and he’s taking on Tom Lawlor. This is going to be a slugfest no doubt, hard-hitting and in your face. These top four matches that will be presented have a high chance to make this show something truly special. The bottom half filled with multi-person matches with various talents and personalities, will no doubt pull its weight and be deserving of watching, but it’ll be these four matches that will determine whether or not the show is a success or not, and I have high confidence the answer will be a success.

This is a show NJPW has succeeded in achieving a lot of positive buzz for going in. It will be packed, it will be well viewed (available on FITE), and it will be talked about. They need it to not only merely succeed, but slam it out of the park. NJPW lost a lot of goodwill these past few years, and in the first few months of 2022 has been slowly making inroads in getting it all back. While some criticisms still remain valid, the product has been getting better. This is a good showcase to show American Audiences they will take their big American shows seriously. Show that they will present the NJPW we want to see, and not the water down version that they think they can easier feed the masses. When you go to an NJPW show you want to see NJPW. This will be a good mix of their NJPW USA-based talent and NJPW stars. Ospreay vs. Moxley is by far the best main event available with the talent presented on this show. If this show delivers in the way I expect it can, watch out.

I am most excited to attend this show live. It has all the pieces set to be a classic, but they need to move them all into the right places in order for it to succeed. NJPW cannot afford failure and I have no doubt, everyone, on the show will bring their working boots, their ass-kicking mentalities, and their best efforts to make sure it’s a success. I encourage you to tune in to this show, I truly believe it’s going to be awesome. 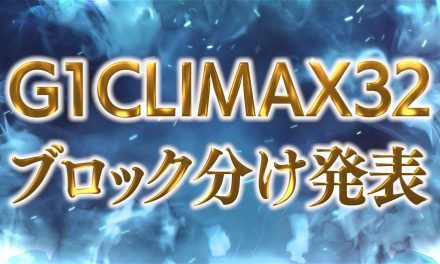 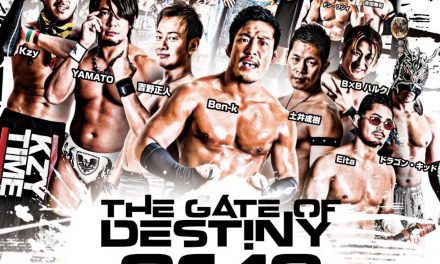 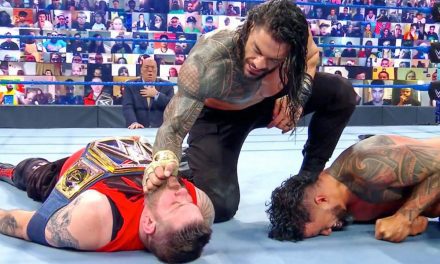