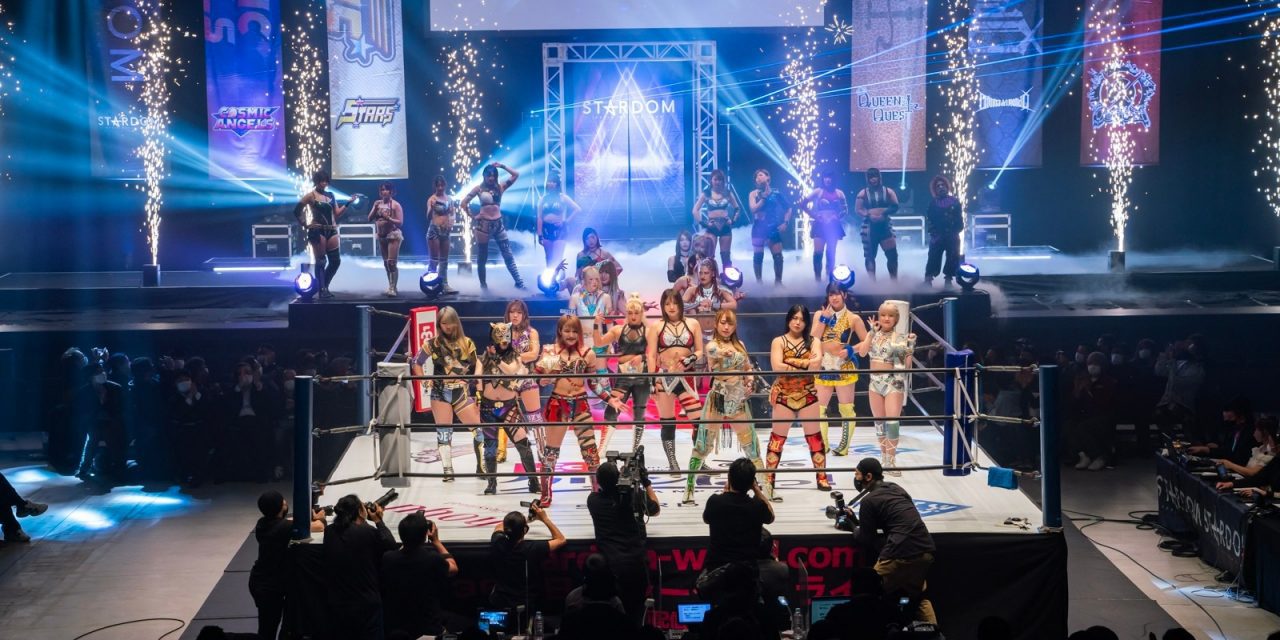 The opening round of the Cinderella Tournament is one of my personal highlights of Stardom. The 10-minute time limit and over-the-top-rope elimination make for some unique matches and results that you can’t get anywhere else. This year’s tournament has the biggest field ever and sees all of Stardom’s top names in the mix.

Hina’s first match since coming back was fairly solid. Sayaka isn’t the kind of wrestler to elevate someone like Hina who is coming back from an extended lay-off but there was nothing overly bad that stuck out to me. **1/2

Waka taking the fight right to Saki and dominating the match was a nice change of pace from what I expected. Waka did fairly well controlling the match, a role she’s basically never in, with her offense looking crisp. The veteran Kashima sold very well to make sure Waka looked like a threat to get the win after her hot start. Kashima won by getting the surprise roll-up using her Revival finisher. ***

I expected some good stuff here, and these two dutifully delivered. Both women having judo backgrounds makes them almost perfect opponents as we saw here. I also fully believed that Hanan could upset Maika in this one which added drama to the nearfalls. ***1/4

In another timeline, this is a possible show-stealer. In the one I’m currently stuck in it was probably the worst match of the night. Mina Shirakawa brought out her crazy side because MIRAI tore up her gift at the press conference for this tournament, and much like the last time we saw crazy Mina, the match underwhelmed. MIRAI has been nothing but great since signing for Stardom so the blame here must lie with Mina. It’s a pity really, late last year Mina was really firing on all cylinders and showing some improvement, but ever since the title match with Tam Nakano and subsequent injury she’s been very hit or miss. **

A really good match from two good wrestlers. Kohgo had some decent teases of getting the upset but Mayu mostly put away her stablemate with the ease and reckless intent that only the Icon of Stardom is capable of. ***1/4

Two former High Speed champions unsurprisingly had a great sprint here. They packed so much action into the 6 minutes they had and pretty much everything came off flawlessly. The finish is a massive shock as Starlight Kid was a real favorite to win the tournament. Natsupoi and Starlight Kid have one of those under the radar grudges Stardom tends to do so well and I have no doubt they’ll have many more matches against one another in the future. ***1/2

In a similar manner to their 5STAR Grand Prix match they both just did big moves for the duration. Tam’s style meshes really well with Utami’s and it results in the two having really fun and well-flowing matches. At the end of the 10 minutes, I felt like both had a lot more room in the tank for the match to continue so this is a rare time limit draw that works and feels natural even if I’d have liked to see more of the match. ***1/4

MAIKA VS. SAYA KAMITANI ENDED IN A DRAW

The only second round match of the show saw long-time rivals Maika and Saya Kamitani collide.  A lot of this match was just Saya working over Maika’s arm which was ok but not exactly the higher paced stuff I expect from this opening round. The apron sequences were good as was the sick suplex Saya took on the apron but both women held back.  With the draw, both women are out! **1/2

Post Match: Saya and Maika agree to a match on the May 5 PPV, which takes place in Maika’s hometown. I expected that match to happen soon given the layout of the tournament bracket and Stardom duly delivered. I’m excited to see what these two can do in a major title match against one another.

Lady C and Mai Sakurai played off their growing feud by hitting a lot of big boots here.  There was a solid minute or 2 where they just traded big boots and it was very cool. Sakurai rolled up Lady C to advance but it was nice to see so much intensity from the two rookies. **3/4

Rina did heel work, they teased an over-the-top-rope elimination, Iida rolled up Rina for the win. This was fine. **1/2

This was the kind of absurd comedy that I enjoy. Koguma eating Death’s air cigar and pretending to die ranks as one of the stranger things I’ve ever had to write about but I wouldn’t have it any other way. ***1/4

What Ruaka lacks in ability she makes up for by making her matches feel impactful. Himeka is the perfect opponent for her since Himeka is also a very impactful powerhouse, but she’s agile to boot. This was a pretty good outing and one of Ruaka’s better performances in a bit. ***1/4

Amasaki did much better at pulling off the surprise upset teases than most on this show. Hazuki was a pretty good dance partner since her style makes up for any weaknesses in Amasaki’s more technical focused game. They probably could’ve added some more drama into things but overall this was good work ***

No surprise but Giulia and Thekla work really well together. Thekla’s pace really helped make the match feel a bit more frantic than usual while Giulia was throwing the big guns out there almost right away. The chemistry on display was fantastic and I hope to see the two get a longer match soon. ***1/2

This is exactly the kind of match that makes the Cinderella tournament stand out. Maybe 3 minutes at most? But loaded with nearfalls, big moves, and a frenetic pace as both wrestlers tried to win from the second the bell rang. AZM was excellent in her role and played off Momo really well throughout. Very fun sprint and a massive shock as Watanabe is OUT in round 1. ***1/2

This was a relatively weaker opening round than we’ve had in years past. Aside from a handful of matches that worked within the time limit well it was mostly a show filled with wrestlers doing their usual stuff, just condensing it to shorter matches. AZM/Momo and Poi/Kid were two examples of how well the time limit and ruleset can be incorporated well and they were two of the highlights of the show. I can’t complain too much though since most matches were good at least and anything that wasn’t good was short anyway. Roll on the next big Cinderella show at Korakuen Hall. 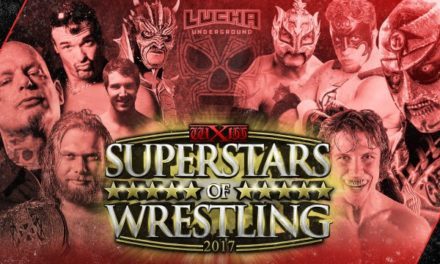 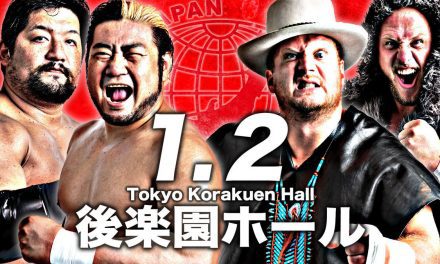 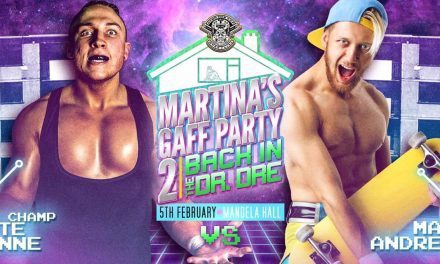