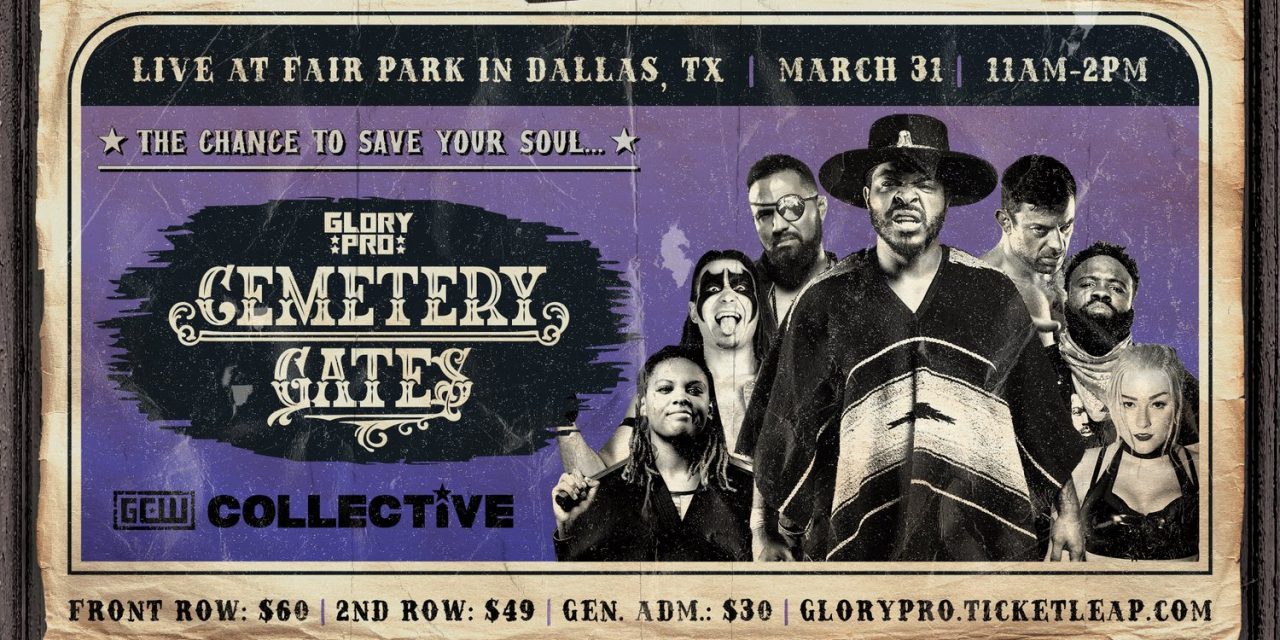 Joey O’Doherty (@AwesomeoJoe) of the Wild Thing Podcast (@MoxPodcast) takes a look at the show which kicked off Mania Weekend from St Louis-based Glory Pro Wrestling.

Four guys I’m mostly unfamiliar with to not only kick off the show but also kicking off Mania weekend. Before the bell it’s Carlos Romo of Spain that makes the most impression with his infectious enthusiasm. It was basically four wrestlers doing moves at an average level. Some moves looked well, others sloppy at times and ultimately nothing was allowed time to breath. Several segments felt unnecessarily convoluted and in the end it was nothing more than an average match. **1/2

I’ve not watched any Tootie Lynn yet and I’ve only seen a couple of Kai’s matches, but what I have seen she has impressed me more than most women on the American indies. This match had more positives than negatives, with both women working hard and using their judo backgrounds when needed. If I have one complaint it is that both women appear very hesitant or extra cautious when striking to a point where it didn’t look believable. But the match was fun and showed that both women have plenty of potential. Short but above slightly average match. **3/4

Jake Something def. Max The Impaler

Jake is someone I was excited to see from the few Impact matches I’ve seen, especially when Andrew Sinclair speaks so highly of him. Whether Max the Impaler is the best opponent for Jake is a discussion for another day and I will make do with what I’ve been presented with. With that said, the early going was really enjoyable, with Jake and Max demonstrating really good chemistry with each other. Lots of stalling and grandstanding by Jake slowed the pace down far too much at times, but that is a minor quibble as both performers eventually stepped up a gear as the match went on. The story of the match was Max battling hard but Jake shutting them down at every chance. The finish was a little flat but overall a perfectly enjoyable match that I would have probably went higher on had it been given more time. I can see both wrestlers having bright futures. A solid match. ***

I have the same feelings watching this match as I did watching the opening four-way. All four teams have potential and some very well executed spots. However, it wasn’t all smooth and it did feel like it was just eight guys hitting moves for the sake of it. Lots of potential from all eight competitors, but ultimately it lacked any real structure and I would rather have seen two regular tag team matches than one four-way dance. **1/2

So these two have some history and I’m familiar with Allie Katch, but have yet to see the hype. But while I’m not Katch’s biggest fan, this was probably her best outing that I’ve seen yet. Both herself and Luck told a fairly decent story, worked at a nice pace and made the most of the submission match stipulation. Maybe it was my low expectations going in, but I enjoyed what was a really solid match with Katch getting the win with an unrelenting Boston crab submission in the ropes. ***1/2

A fun yet far from perfect trip down memory lane. Great to see Richards and Romero tag again and Vega and Fitchett played their part well. While Grindhouse had plenty of energy and worked really hard, Richards and Romero are a clear step above their opponents. An enjoyable nostalgic match with Richards looking really good all the way through. Maybe he will unblock me now on Twitter. ***1/4

An almost passable comedy match. Both men busted their asses off but the comedy didn’t land with me, mainly because I really wasn’t interested. *3/4

Not the biggest fan of Warhorse’s gimmick, but he and the always excellent Josh Alexander had the match of the night. It took a while to get into gear, but when it did it was great viewing. Alexander is just so polished and smooth, and while Warhorse isn’t at his level, he certainly kept up. Some really good spots, such as the slam on the apron by Josh or the sliding car crash smash onto a prone Warhorse. The match didn’t overstay its welcome at nearly 14 minutes but I always felt that this match still had more in the tank had it went longer. Great stuff. ***3/4

I like Bryan Keith a lot and he had a busy few days, so as this was his first of many matches over the weekend I wasn’t expecting him to go all out here. This match with Outlaw was fine and probably suffered from following the Alexander v Warhorse match at the beginning. Lots of brawling, strikes, restholds and the odd power moves worked at a slow enough pace for the first half, and then Outlaw stepped it up and got the crowd really invested with a really good sequence of a twisting tornado suplex, a release suplex, followed by a single leg crab. From there, the crowd got into this, as did I, and both men worked hard in the closing stretch, with Mike Outlaw stealing the win in the end. It eventually became a good match after a slow start. A good end to a decent show. ***

A decent show which kicked off the weekend. Alexander and Warhorse was the best match, but Keith v Outlaw, Something v Max and Katch v Luck were all very enjoyable. It was nice seeing Romero and Richards reunite again too. Both four-way matches were messy and the comedy filler match was fine for what it was, but they took the shine off an otherwise solid show. Overall a decent outing for Glory Pro, with some excellent action at times. 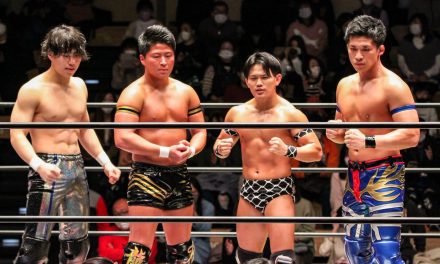